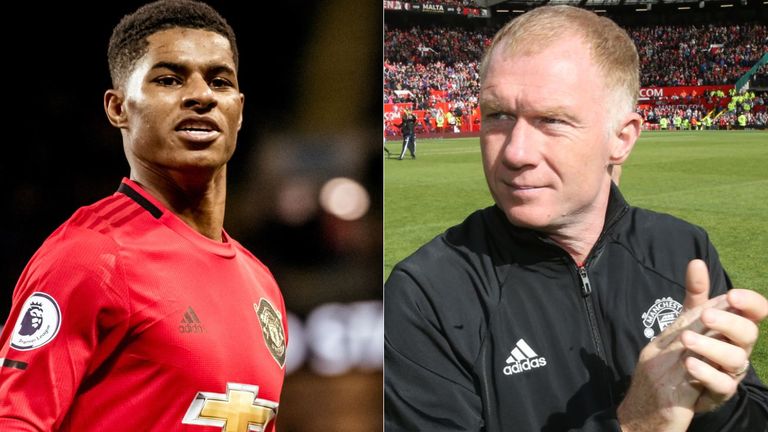 Manchester United forward Marcus Rashford says “it would have been a dream” to play alongside club legend Paul Scholes at Old Trafford.

Rashford was still getting service from the likes of Wayne Rooney and Michael Carrick when he emerged at United and says he “thrived” playing ahead of players with such passing ability. “It would have been a dream to play with someone like that,” Rashford said of Scholes, speaking on The Official Manchester United Podcast.

“The biggest thing for me is the range of passing. Probably the closest thing to that was when Wazza (Wayne Rooney) was playing a bit deeper and it was just so enjoyable to play as a number nine in those games when he was playing in that position.

“Similar with Carras (Michael Carrick) as well, as soon as they get the ball they look forward and want to play forward, not only to feet but in behind a lot of the time. As a forward, that’s all you want. As long as someone is seeing the passes and trying to make them.” 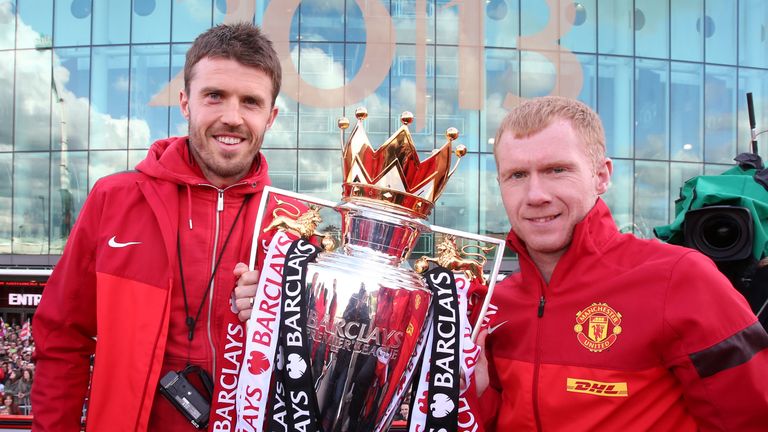 Scholes, also speaking on the UTD Podcast, said playing alongside quick forwards like Rashford eased the burden of creating chances from midfield.

“Same as any midfield player looks for, you look for a player who can come short but more importantly a player with pace, like Marcus has, speed and movement,” said Scholes.

“You don’t need to look and these players sometimes, you don’t need to talk to them it’s just sometimes just a little look, you are on the ball, time and space, you see space over a centre-half.