Martin Odegaard has revealed he has a good relationship with Carlo Ancelotti as he prepares to return to Real Madrid to reunite with his former boss. The Norwegian was still on the fringes of the senior side during Ancelotti’s time at the club before leaving on loan but he still managed to build a relationship with the Italian.

Now Odegaard is set to return to the Bernabeu this summer after spending the second half of the season with Arsenal.

Mikel Arteta wants to keep Odegaard at the Emirates following an impressive spell, in which he helped bring the best from Arsenal’s attack after a difficult campaign.

Odegaard was the man who made Arsenal tick and they would love to make the deal permanent.

However, Real Madrid refused to include a buy option during the negotiations meaning they hold all the cards this summer. 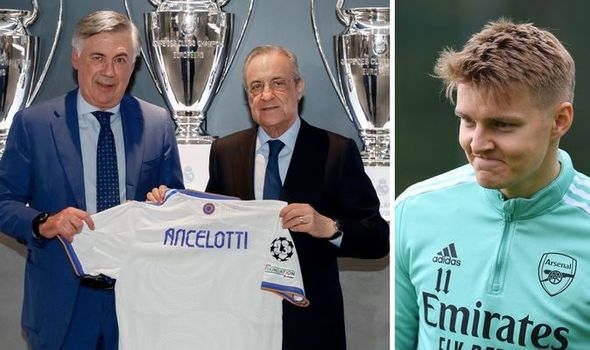 The re-appointment of Ancelotti has worked against Arsenal given that he’s shown a willingness to wipe the slate clean.

Odegaard asked to leave Real Madrid on loan in January due to limited game time under Zinedine Zidane but he remains highly regarded by Florentino Perez.

Now the attacking midfielder has shed light on his relationship with Ancelotti and it would suggest he’ll be part of the former Everton manager’s plans.

“It is a coach I know and with whom I had a good relationship when he was last there,” he told TV 2 Sport.

“In that sense, it is positive. But beyond that, one day has passed, so I do not know too much about what he thinks about things.”

Odegaard has already spoken publicly on his plans for the future and while he remained coy, he did hint he’d be open to joining Arsenal permanently.

Given transfer funds are likely to be limited, Ancelotti could be set to stick with the majority of his squad.

That includes Tottenham loanee Gareth Bale and Ancelotti has already confirmed he is part of his plans. 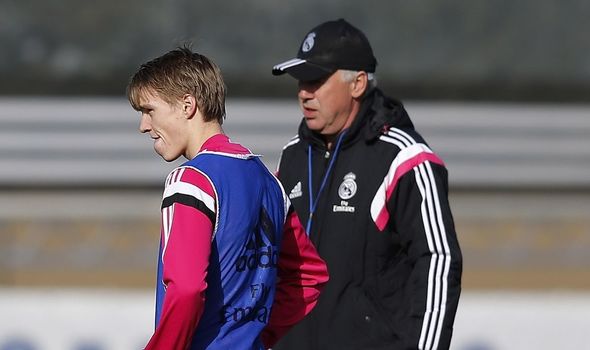 “Gareth has not played much, but he has scored a lot of goals,” said Ancelotti.

“I know him very well and he is coming back. If he has the motivation to play, he can have a [good] season, I have no doubts.”

“I have a lot of affection for Bale, Isco and Marcelo,” Ancelotti noted.

“They are Real Madrid players and that already motivates them. There is a judge and that’s the field.

“They have to train well and show the coach that they can play for Real Madrid.”