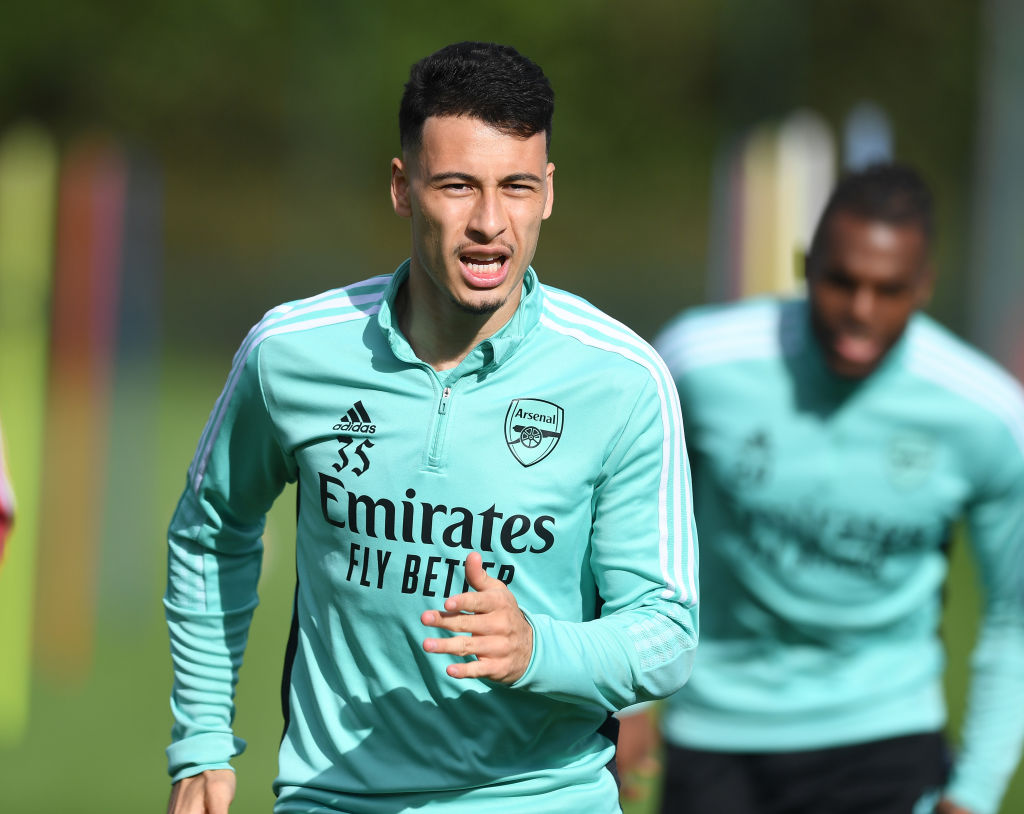 Gabriel Martinelli, Alexandre Lacazette and teenager Taylor Foran all featured for Arsenal in a behind-closed-doors friendly against QPR on Wednesday.

With the international break underway, a number of Arsenal stars are away with their respective teams, but several players are still at the club’s London Colney training base.

The Gunners arranged a friendly with fellow London club QPR to give the players a run-out and manager Mikel Arteta another opportunity to work with his players in a match situation and have a look at some youngsters.

It is claimed 17-year-old defender Taylor Foran, who is rated highly by coaches at the Emirates, was also given a run-out in Arsenal’s 3-2 win.

Arteta will hope Arsenal’s recent momentum is not ended by the arrival of the international break, with the club returning to Premier League action on October 18 against London rivals Crystal Palace.

The Gunners endured a miserable start to the season – losing their first three games without scoring a goal – but have improved over the past month to climb to 11th, just four points adrift of the top-four.

Arsenal most recently drew 0-0 with Brighton and Arteta said after the match: ‘In the first half we struggled to dominate the game.

‘They proposed a really aggressive game, we struggled to break the press and that caused us problems because there was a lot of transitions and one-on-one situations that we could not deal with.

‘We improved a little bit in the second half and had a couple of open situations that could have been big chances.

‘We managed to get a point today because we defended the last 15-20 metres of the pitch really well. I think for the rest there is a lot of things we have to get better at.’