Micah Richards jokes he could go to the Olympics for gymnastics after he CARTWHEELS across the CBS studio as he and Jamie Carragher cause chaos… but the Liverpool legend’s dancing leaves a lot to be desired!

We all know Micah Richards is a man of many talents after becoming one of the country’s most loved pundits following a stellar football career.

But what we didn’t know about the Sportsmail columnist is that he’s also an impressive gymnast, as CBS viewers found out as he cartwheeled across the studio following their Champions Leauge coverage.

Egged on by fellow pundit Jamie Carragher, the former Manchester City right back re-enacted the celebration from his dramatic 95th minute equaliser against Everton in 2006. 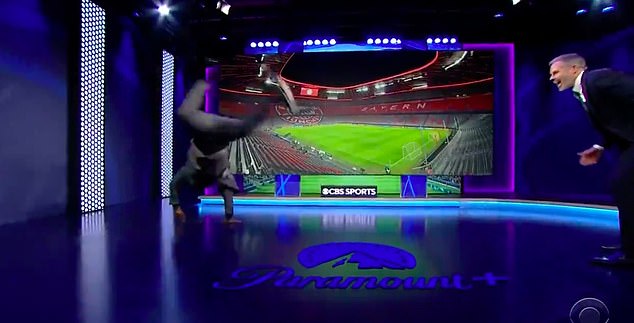 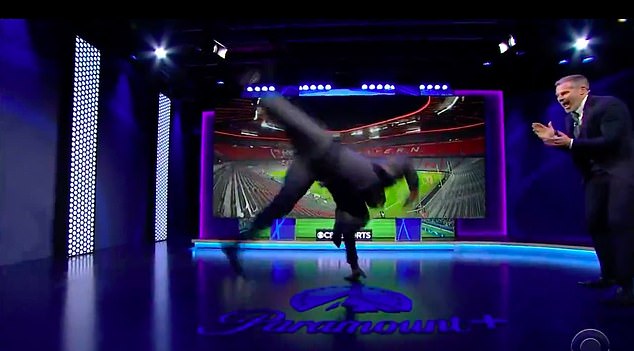 His acrobatic efforts were cheered by Alex Scott and presenter Kate Abdo with the whole studio in stitches before Richards joked: ‘You’re going to get me sacked!’

The pundit joked he could represent Team GB in gymnastics at the Olympics after playing for the football side in 2012.

Sharing the video afterwards, he tweeted: ‘Has anyone ever gone to the Olympics and represented Team GB at both football and gymnastics??? Asking for a friend.’

While the cartwheels were impressive, there was some questionable dance moves on display from Carragher beforehand.

The pair tried to replicate a dance that Richards had performed with Ishmael Miller, again during his City days. 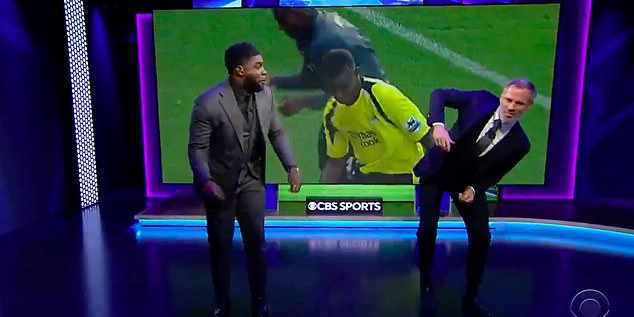 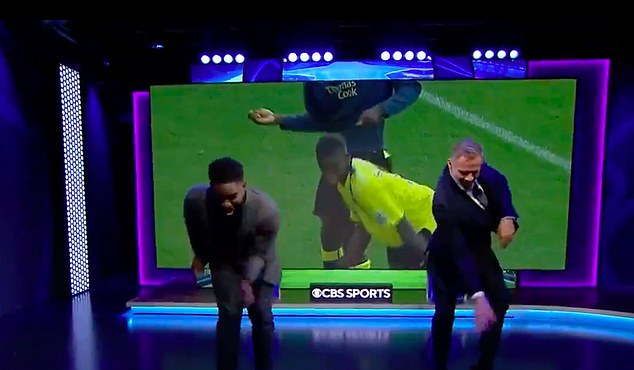 Carragher compared himself to ‘Lecky Legs’, a long-legged dancer from Liverpool

Richards did his best to try and lead the former Liverpool defender but his moves left a lot to be desire with Scott and Abdo unable to control their laughter in the background.

Lecky Legs is a long-legged dancer from Liverpool who went viral in 2016.

Carragher did get some prasie on social media from his former Liverpool team-mate Luis Garcia.

He tweeted: ‘I’ve seen that before on a night out!! Great moves Carra & Micah!!’

The pundit tweeted the video of his moved with the caption: ‘Lecky legs’ while Richards replied: ‘Fantastic Jamie!’ followed by two laughing crying emojis.