Nottingham Forest came to the North-East bearing belated Christmas gifts as Middlesbrough emerged victorious in the battle of the Championship’s upwardly-mobile promotion hopefuls.

Ryan Yates chipped in with an embarrassing 11th-hour contender for comedy own goal of the year before goalkeeper Brice Samba joined in with the ineptitude to help smooth Boro’s passage into the top six thanks to a fourth win in seven games since Chris Wilder took charge last month.

It meant Forest, who looked doomed to a grim battle for survival after collecting a point from their first seven games, missed a chance themselves to climb into the play-off places after a first defeat in nine games under Steve Cooper, who suffered only a second loss since succeeding Chris Hughton in September. 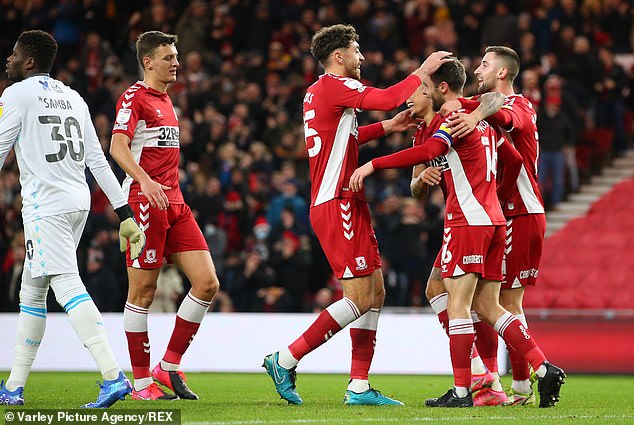 Middlesbrough celebrated going ahead after a Nottingham Forest own goal 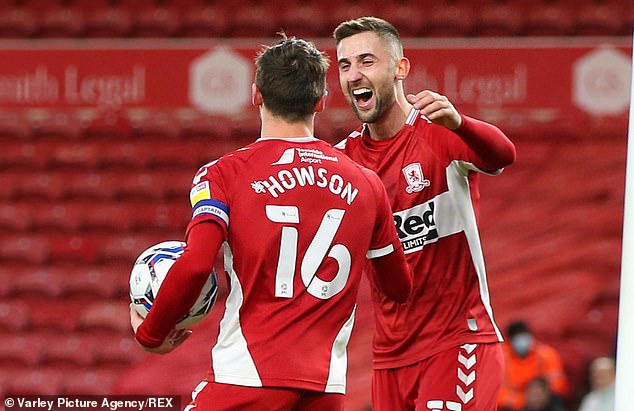 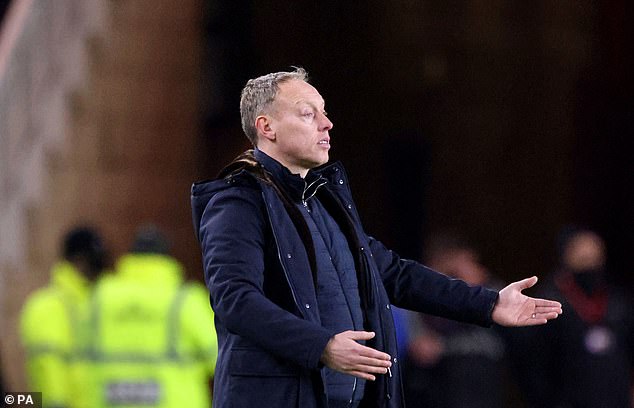 Barring a brief spell of pressure early in the second-half, Forest could have few complaints at coming away empty-handed as they were second-best all over the pitch to a Boro side playing with renewed verve and energy thanks to the clearly galvanising effects of Wilder.

The Teessiders should have been home and hosed by half-time in one of only two fixtures in the second tier to beat the Covid-19 call-offs which have ravaged the festive fixture schedule.

That they only had Yates’ 17th-minute moment of madness to show for their dominance is perhaps the only downside for their new manager, who has lost just one of those seven games since he succeeded Neil Warnock.

There appeared to be little danger when Yates accepted a pass from Brice Samba on the edge of his own area, but as Jonny Howson applied the press, the Forest midfielder sent a no-look back pass beyond his stranded goalkeeper, who was unable to prevent it from trickling apologetically over the line.

Boro should have added another three or four to that tally, but they were kept in the contest by Samba, who had more luck saving efforts from the opponents than from his own team-mates.

After Onel Hernandez saw a long-range effort deflected narrowly over, Samba got down smartly to his right to block an Andraz Sporar shot from the edge of the area. Neil Taylor, who has gone more than 250 games without scoring in senior club football, almost broke that lengthy drought when the full-back burst into the area only to see his shot clawed out by the busy Forest keeper.

When Wilder’s men finally found a way past Samba, the frame of the goal came to their rescue as Isaiah Jones’ far-post volley from a narrowing angle struck the upright, the impressive Taylor the line of supply on this occasion.

Forest had to improve on a dire first 45 minutes, and did just that, befitting of a side with the third highest tally of second-half goals in the division this season – 23. That should have swiftly increased to 25 but for some wasteful finishing from two clear cut chances fashioned by the prodigious talent of Brennan Johnson. 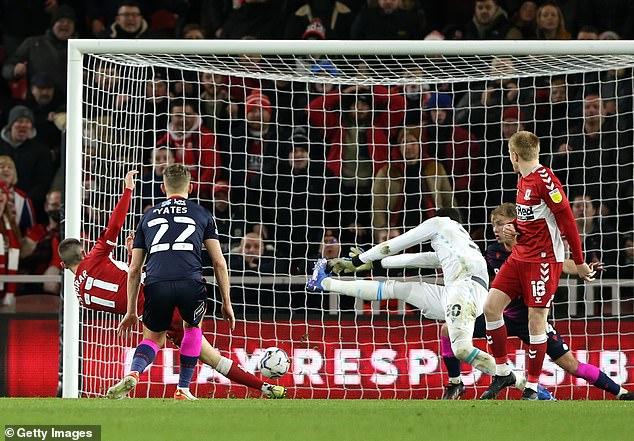 The young forward left Paddy McNair trailing to provide a perfect cutback which the unmarked Philip Zinckernagel inexplicably skied from 10 yards. Joe Worrall then headed over from another inviting Johnson centre as the visitors finally started to make a contest of it.

They proved to be costly misses as Sporar doubled his side’s advantage with 20 minutes remaining. Jones fed Matt Crooks, whose low cross was neither cleared nor saved by Samba, an inconclusive touch which fell perfectly for Sporar to fire home a close-range second to halt the Forest revival in its tracks.

Substitute Xande Silva struck a post as stoppage time approached, but at that point it was always going to be too little, too late as the Wilder bandwagon rolls unerringly on.