A debate has raged among Arsenal fans over Ainsley Maitland-Niles and Hector Bellerin.

Bellerin has been Arsenal’s first-choice right-back since breaking into the team during the 2014-15 season.

He’s become one of the longest-serving players at the club and an influential member of the squad.

When Bellerin suffered a serious knee injury in February 2019, Maitland-Niles stepped up as his replacement and performed admirably.

Bellerin would eventually return by the end of the year and reclaim his place from Maitland-Niles but the academy graduate left a lasting impression. 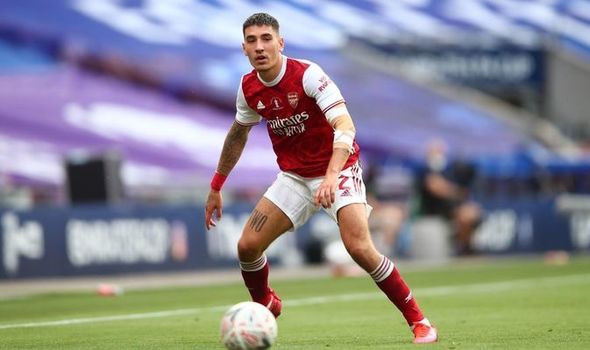 So much so that some fans believe Arsenal boss Mikel Arteta should play Maitland-Niles over Bellerin.

Arteta has preferred to play Cedric Soares when he’s rested Bellerin with Maitland-Niles at left-back.

Nevertheless, one fan is adamant Maitland Niles should be the first choice right-back.

The account HaleEndEra tweeted: “Maitland-Niles is a better right-back than Bellerin, not surprised he (reportedly) wants to leave. 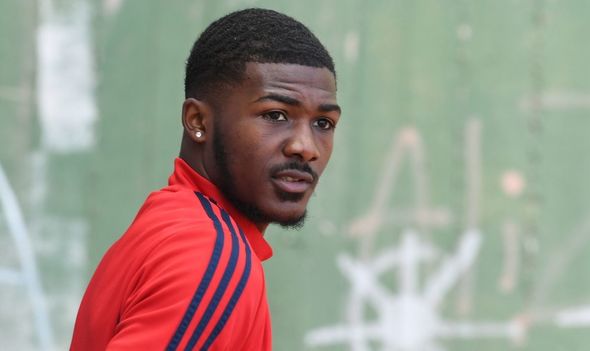 “Can’t get a game despite HB’s recent hall of shame performances v. Villa, City & that 1st half v. Leeds.

Unsurprisingly the comments sparked a range of views but many defended Bellerin, calling the discussion ‘hilarious’.

One fan said: “There’s no way he’s an upgrade over hector. It’s hilarious this is even a discussion.

“I really don’t understand the Bellerin hate. This is an academy kid who bleeds Arsenal. He turned down Barcelona for Arsenal. He also happens to be very good and very important for the club.”

Another added: “I’m sorry but if anybody thinks AMN is better than Hector at RB they just don’t know football. The gap between them is just massive.”

But there was some more support from Maitland Niles with a supporter saying: “Skill wise, Hector is better than AMN at pretty much everything other than 1 on 1 defensively. Hector’s ceiling is higher too, imo.

“However, AMN is much better at getting the best out of his teammates. On form, AMN gets a lot more out of Pepe or Auba. He is much sturdier in defence and is sharp enough offensively to find people in better space than Bellerin does.”