Mikel Arteta is showing the ruthlessness that Arsenal need if they are to reclaim their status as a top four side. Speaking on Friday ahead of the Community Shield clash with Liverpool at Wembley, his first press conference since Arsenal announced plans for 55 redundancies.

Players had expressed anger that the move had been made despite assurances they were given when the majority of them agreed to take pay cuts earlier in the summer.

But Arteta, who was instrumental in persuading them to make that sacrifice, said: “The players were happy to contribute and help the club in this difficult financial position.

“But that doesn’t mean that afterwards you are going to have a say in every decision made by the club. It can’t work like that.

“At the end of the day it wasn’t an obligation, it was a choice whether you wanted to do it or not. And we tried to do the right things as human beings to help a club that has been supporting us, in my case for many years.

“The club has to be free to try to fight for the future in the most positive and stable way. And that’s how we do it. 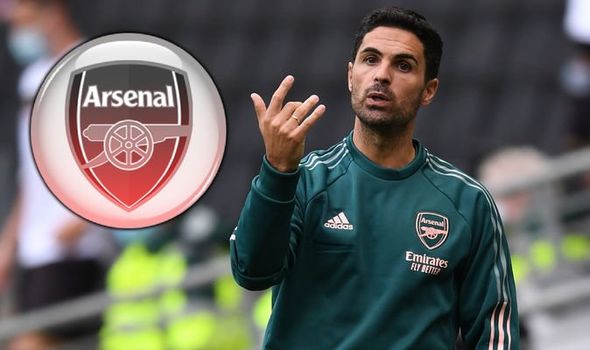 “What is very clear is that the club had a very thorough plan of how they needed to restructure our club in order to function better and be more stable for the future.”

The Gunners were roundly criticised for making redundancies while continuing to invest in the first team and Arteta admits he understands the flak they received.

He said: “I understand. If you are only looking at the financial point of view you can get some contradictory messages.

“But what is very clear is that the club had a very thorough plan of how they needed to restructure our club in order to function better and be more stable for the future.

“They were very convincing with every argument they gave to all of us that it was the right thing to do.

“Obviously it’s really sad and it was during the COVID period that we had to make the decision to get our players to contribute to the pay cuts.

“One of the reasons was to maintain some of them. We have been trying to do the right thing and the club is trying to protect the future as much as possible.”

Arsenal need stability because Arteta admits the club cannot afford to get many decisions wrong if they are to get back into the top four.

“It is fundamental for the future of this club to play in the Champions League every season,” the Spaniard added.

“We need to make a lot of good decisions, put a lot of good work together, and make sure that we maximise all our resources on and off the field to try to achieve that.”

Arteta initially chuckled when he was reminded of Willian’s revelations that the Arsenal manager had told his new signing that he wanted to win the Champions League in the next three years.

But he was certainly not back-tracking.

Jurgen Klopp also inherited Liverpool in 10th place and took them to 8th after his first season. Arteta wants to carry on following in his footsteps right to the top both in the Premier League and Europe. 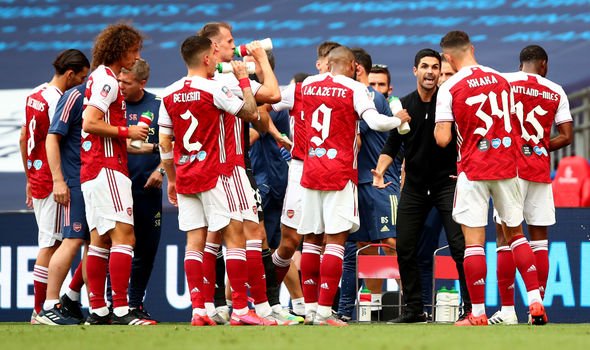 “I don’t know how difficult it is going to be but I can assure you that my aim is only the top,” Arteta continued. “I don’t see anything different.

“Where we are going to reach will depend on our preparation, our quality, our bit of luck and our momentum, how strong we are as a club, our opponents as well.

“It will dictate that. But our aim has to be all the time to be the best or if not the best then the best we can be with the circumstances and context that we have.

“Let us see what we are capable of doing but I don’t want to take anything less than that.”