‘I’m buzzing to work with him and hopefully play with him’: Mason Mount delighted with ‘world class’ addition of Ajax star Hakim Ziyech, despite £37m signing adding competition for places

Mason Mount is relishing the prospect of working with ‘world class’ Hakim Ziyech once the playmaker completes his move from Ajax to Chelsea.

Frank Lampard made Ziyech his first signing as Chelsea boss in February when the Blues saw off rival clubs to agree a £37million fee with the Eredivisie champions.

Once Ziyech arrives in London this summer it is likely the 27-year-old, who can operate on either flank or in attacking midfield, will be competing with Mount for a spot in Lampard’s starting XI. 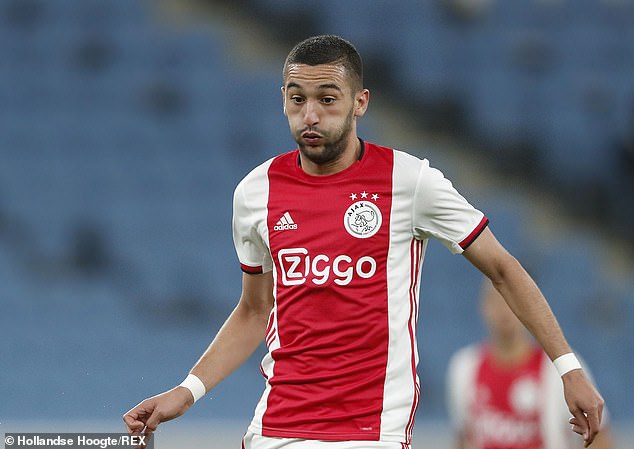 However, Mount witnessed Ziyech’s quality at close quarters during a loan spell with Vitesse Arnhem in 2017-18, and he believes the pair could combine to great effect in the same team.

During a Combat Corona FIFA tournament, Mount said: ‘So two years ago I was in Holland on loan so I knew a bit about him then and obviously how good of a player he is.

‘So obviously it’s another amazing, world-class player joining the club. So yeah buzzing to work with him, train with him and hopefully play with him.’

The Morocco international, who has signed a five-year deal at Chelsea, has registered eight goals and 21 assists in 35 club appearances this season. He could carry the creative burden at Chelsea should they fail to tie Willian and Pedro down to new contracts. 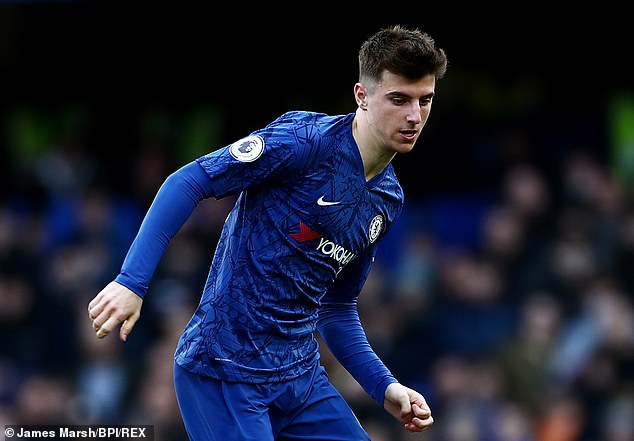 In comparison, Mount has registered six goals in 41 matches in his breakthrough season at Stamford Bridge. He is looking to maintain momentum once the Coronavirus lockdown is brought to an end.

‘It’s been difficult just staying inside,’ the 21-year-old said.

‘It’s just a complete change of routine, but I think it’s just the best thing to do, just avoid going out as much as you can, because I think everyone just wants to get this over and done with, back to normal routine, normal football on the weekends.’