It would have taken a brave man, or perhaps a foolish one, to put money on Nemanja Matic being offered a new contract at Manchester United at the end of last year.

The Serb had been frozen out by Ole Gunnar Solskjaer and looked set for a move away from Old Trafford, such had the Norwegian’s trust in him withered.

Less than four months on, however, and Matic’s standing within the dressing room has been flipped on its head. 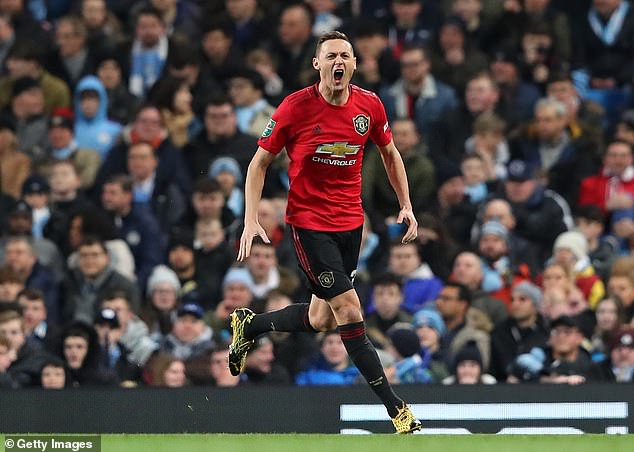 Now seen as key to their recent upturn in fortunes on the pitch, United have taken up the option to extend his contract by a year. There are suggestions that they could offer the 31-year-old an even longer stay.

It has been a remarkable turnaround for a player who had no future less than five months ago, and every credit must be given to a man who has taken his shot at getting his United career back on track – though he has had his fair share of good fortune, too, to help him get to this point.

Purchased for £40million in the summer of 2017, the former Chelsea star was recruited by his former boss Jose Mourinho, and as such was always set to get off on a good footing with his new club.

Such was Mourinho’s trust in Matic that he was virtually an ever-present in the Premier League in his first season.

He featured in every game before being rested for the last two matches of the season, with only a 2-0 win at Bournemouth seeing him start on the bench before coming on. 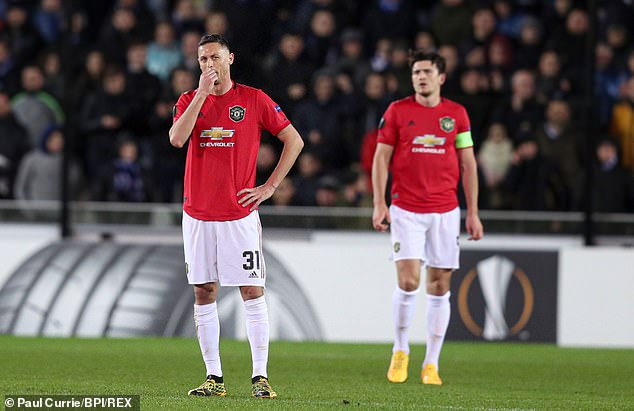 His words on joining United illustrated just what it meant to him to be working with the Portuguese boss again, as he made no bones about the fact it was a major part of his decision to quit Stamford Bridge for Old Trafford.

So it was clearly going to have some effect on Matic when Mourinho was sacked towards the end of 2018.

Originally a change in manager didn’t do Matic, nor United, any harm. He played in each of Soslkjaer’s first nine league matches – of which they won eight – before a muscle injury ruled him out.

He returned once fit, but problems with his performance on the pitch began to raise concerns. 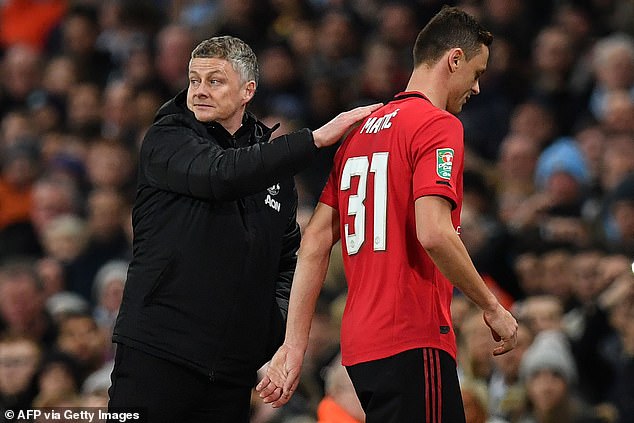 After two matches back he was dropped to the bench, before being left out of the squad entirely for a 2-1 victory over West Ham.

When he returned to the starting line-up for the next game – the wheels well and truly came off.

A harrowing 4-0 defeat at Everton left real question marks over Matic’s work ethic for the first time in English football. His lack of desire to close down Gylfi Sigurdsson for one of the goals was case in point. Even the player himself couldn’t find an excuse.

‘I was the biggest problem,’ he admitted in a candid interview after the game. ‘In these kinds of games, you have to win the battle in the middle, then the team can play better football. We didn’t do that.’

It was at this point Solskjaer’s confidence in him appeared to wane, with his distrust continuing into the current campaign.

During the 2-0 defeat by West Ham, even his former boss Mourinho – working as a pundit in the Sky Sports studio – couldn’t defend one of his most trusted players for his lack of organisation in the middle of the park.

It was at this point Matic dropped out of Solskjaer’s plans entirely – sitting on the bench for the next two games and not featuring again until the final match of 2019. 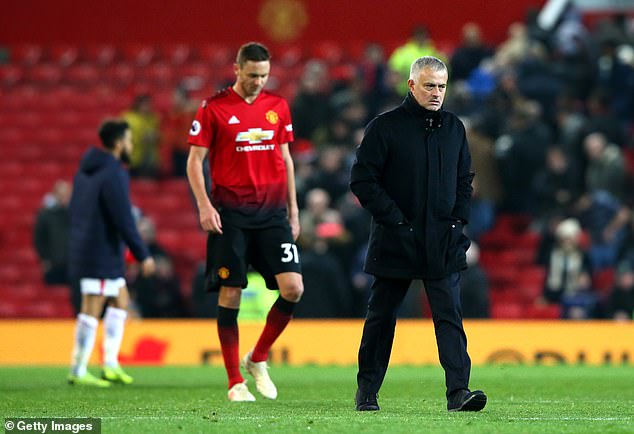 During this time it appeared an inevitability that he would leave, with a host of clubs across Europe linked with the midfielder.

The strongest links came in Italy, where Inter, under the charge of Antonio Conte, were favourites to land him.

Had Solskjaer’s hand not been forced due to his midfield injury crisis, then there was every chance it would have come to fruition.

As it was, the midfield crisis at United – with Scott McTominay joining Paul Pogba on the sidelines – handed Matic the unlikeliest of lifelines. He has not looked back.

His first game back ended in defeat at Arsenal, but even then Solskjaer could see the desire firing him once more.

‘Nemanja and Fred, if they play like today I’m happy with them, because they played well the two of them,’ he said after the loss at the Emirates.

He has continued in the same vein since, and the arrival of Bruno Fernandes in January has created a partnership that has reinforced United’s control of matches in the middle of the park. 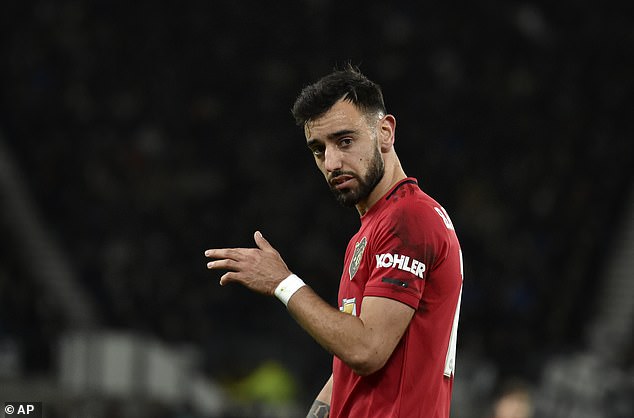 In the four league matches the pair have played alongside each other to date, they have won three, including eye-catching victories over Chelsea and Manchester City.

In the draw against Everton, it was Matic that found Fernandes to fire home the equaliser – a much more memorable performance than his last trip to Goodison Park.

Matic’s return to form is clear from the numbers, too. As the club’s own official Twitter account pointed out the week before his new deal was announced, United have kept 14 clean sheets in the 20 matches he has played this season.

He is not the only midfielder to enjoy an upturn in fortunes either. Fred was whipped off at half-time by Solskjaer during that 4-0 defeat at Everton towards the back end of last season. After receiving similar praise to Matic for his performance against Arsenal, he too appears to be enjoying a new lease of life.

With Pogba due back in training – whenever that may prove to be – United’s midfield now looks stronger than ever.

That is in no small part down to Matic’s return to form. If it continues, a further extension won’t be far away. 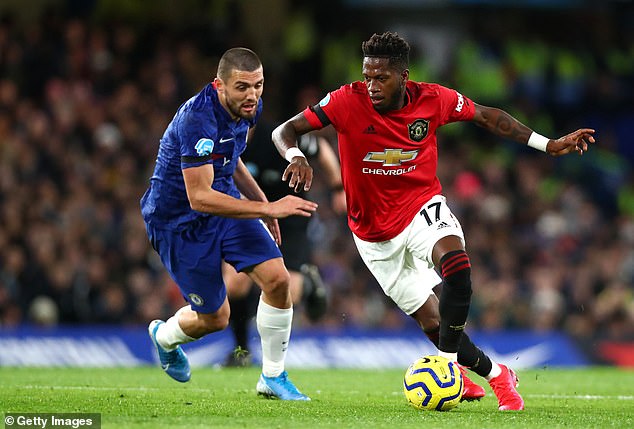 Matic is not the only United midfielder to show signs of improvement, with Fred also starring 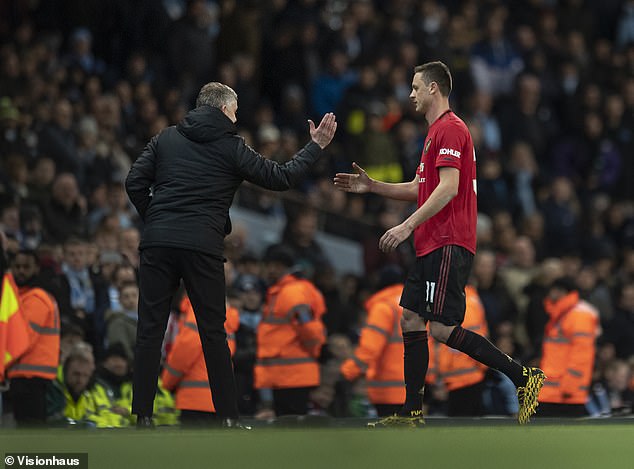 Matic could now be looking at an even longer stay at Old Trafford, with further talks mooted