Neville is right, gap between United and City is only getting bigger

Manchester City are a dominant force in English football, have a booming academy and unenviable facilities while rivals United are struggling to keep up both on and off the pitch. Gary Neville is right… the gap between them is only getting bigger

It is absolutely beyond question that Manchester United cottoned on to the scale of what was happening four miles across town far too slowly. As Manchester City grew exponentially, United tread water.

Standing still means going backwards and now, a decade later, the landscape in this city looks vastly different – and not just as a result of skyscrapers dominating the skyline.

Gary Neville has consistently referenced the chasm between the two, a product of United’s general inactivity of Sir Alex Ferguson’s final years as manager, coupled with City’s newfound wealth and insistence on infrastructural growth. 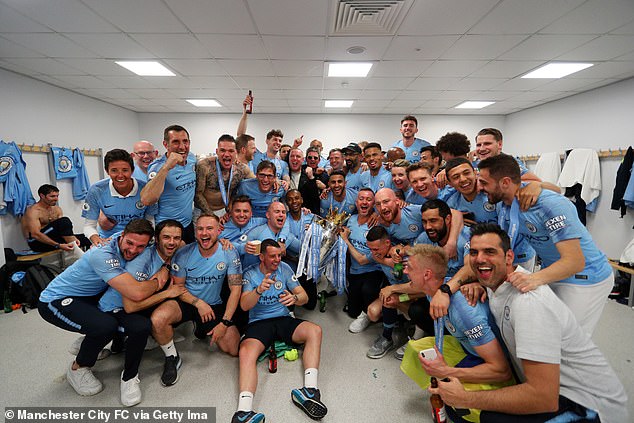 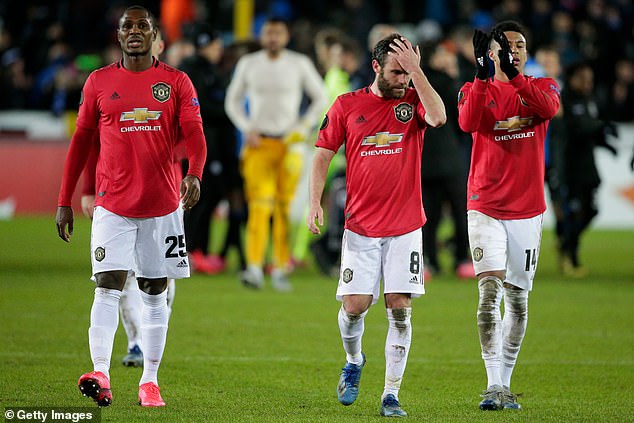 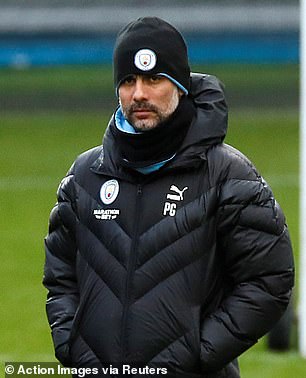 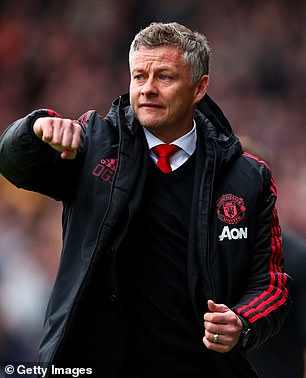 Ultimately, the relative performances on the pitch dictate the mood towards clubs, City lifting four of the last eight Premier League titles and United just one, in Ferguson’s final season. Broader questions and criticisms surrounding the latter, therefore, are understandably more prominent.

Recruitment has been an area in which United, who have halted the search for their equivalent of City sporting director Txiki Begiristain, have attempted to improve.

Recent captures, particularly the renowned 17-year-old Hannibal Mejbri from Monaco last summer, suggest the restructuring of that department is bearing fruit. A focus on firmer links between academy and first team should only serve as beneficial.

Although always countered by the long-running record of academy players in first-team squads, their youth set-up had been struggling and remains in a state of slight reshuffle. In 2016, there was much furore when Sportsmail revealed Kai Rooney, son of Wayne, was training with City – primarily for the state-of-the-art facilities.

That seemed indicative of the widening gap. United are reviewing Carrington and have been considering expansion for some time.

‘City’s recruitment drive for the best young talent is the talk of football and they are clearly trying to tie up the North West region,’ Jamie Redknapp wrote in his Sportsmail column. 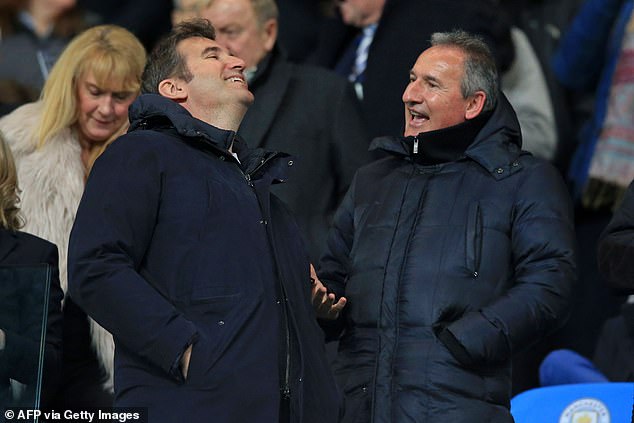 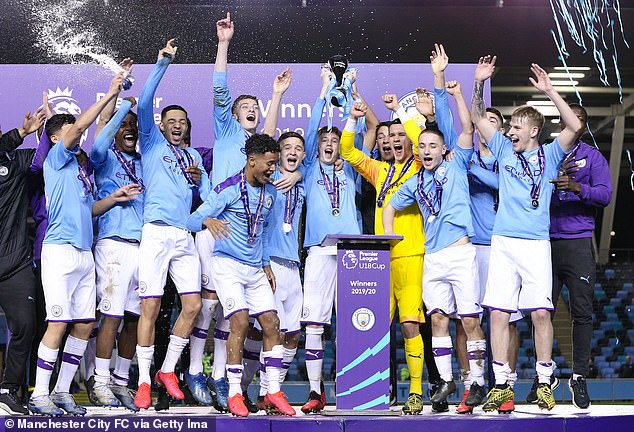 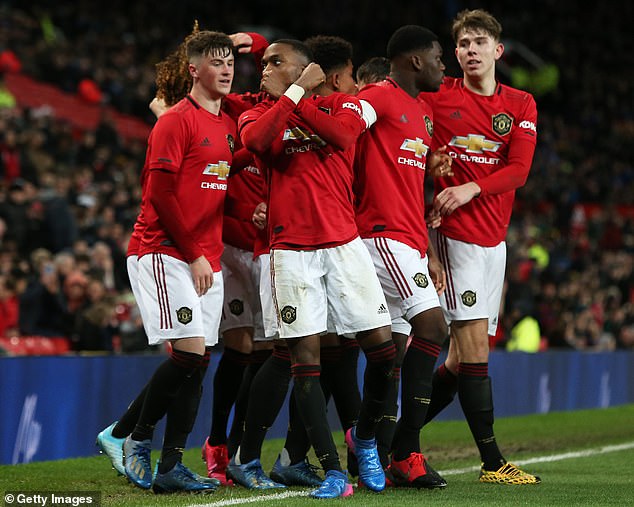 ‘I was watching my youngest son Beau play for Chelsea against Manchester City Under 8s the other day. The standard was unbelievable, but what also stood out was the number of Scouse accents among the parents on the touchline. City’s message is clear: we want the best at every age group.’

Phil Neville’s son Harvey was also on the blue side until moving to Valencia. Neville Jnr is now at United, alongside Charlie Wellens, the son of another former graduate, Richie.

City will argue they remain ahead in youth circles, pointing to the staggering money made on player trading across the continent. They have plenty of products performing at a high level in some of Europe’s top leagues, although marrying that up with progressing Phil Foden, Taylor Harwood-Bellis and a raft of exceptionally talented youngsters in the Under 18s is now the challenge.

United will point to the first-team success of Marcus Rashford, Scott McTominay, Brandon Williams and Mason Greenwood. Perhaps they will now look at producing more to sell on, such is the market. There are high hopes for Joe Hugill, signed from Sunderland.

Neville’s latest comments centre on Old Trafford, how the old amphitheatre appears tired. ‘The stadium is starting to look old and it needs investment,’ Neville, owner of Hotel Football next to Old Trafford, said. 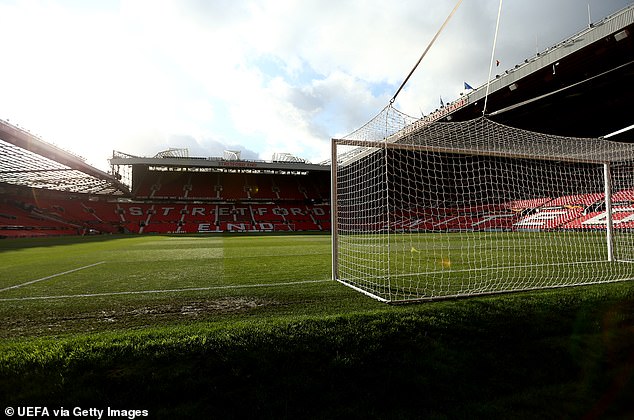 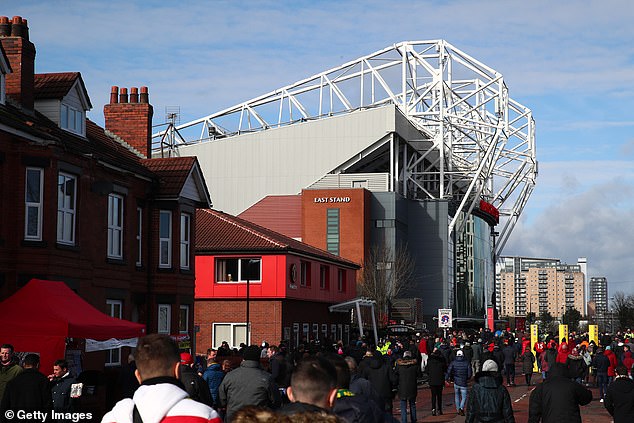 ‘Around the area, there is a huge opportunity to create a Man United experience, something that can influence not just Manchester – their reach is global.

‘Old Trafford is a special place, it could be so much more special. If you tap into what City have done over there with a far lesser name and a far more difficult hand to play. The opportunities for United are big, but they have to have a strategy and an ambition to deliver what it can be.

‘The City owners have a vision of what they want for their football club and their football product to be while United seems more insular at this point in time. They should be influencing education and community, there should be entertainment for the public, it should be a real experience of Manchester United around that stadium.’

United are working on improvements, spending £20million this year on the ground, including the £11m upgrade of disabled facilities. Six hospitality lounges are getting a £4m facelift to compete with other grounds in the North West, so potential clients do not go elsewhere, with revenue in that area a key driver in freezing season ticket prices. Significant finance to the tune of £4m has been poured into improving security measures. 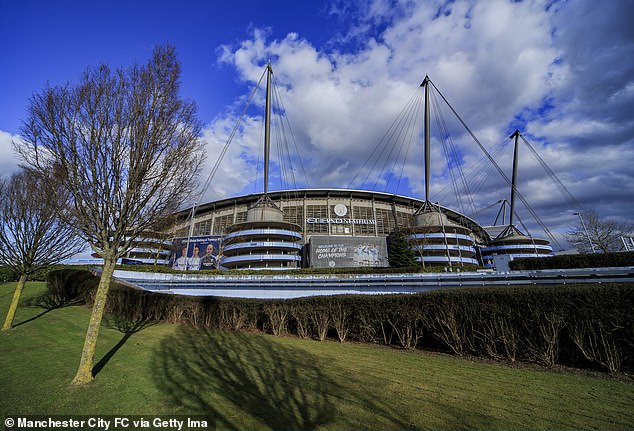 Fans are being consistently consulted. They want the unreliable WiFi fixed, which United have upgraded in some areas and plan to roll out over the coming months. Supporters also want areas where groups of friends who sit apart can congregate around Old Trafford before matches. The cramped legroom is a bone of contention.

A fanzone was piloted before the 2-0 win over City in March, including a Legends Q&A, a live band and stand-up by Justin Moorhouse. That is the sort of initiative that is in line with the likes of City, Liverpool and Everton. There is the singing section, the rail seating trial.

‘We’re looking at an investment plan while maintaining what makes Old Trafford special,’ Ed Woodward said earlier in the season.

‘Part of the allure of is the fact that it’s a stadium that was built in 1910. If you totally change it then you can change the feel of it. Our vision for it is that we don’t want to radically change that look and feel of the stadium. 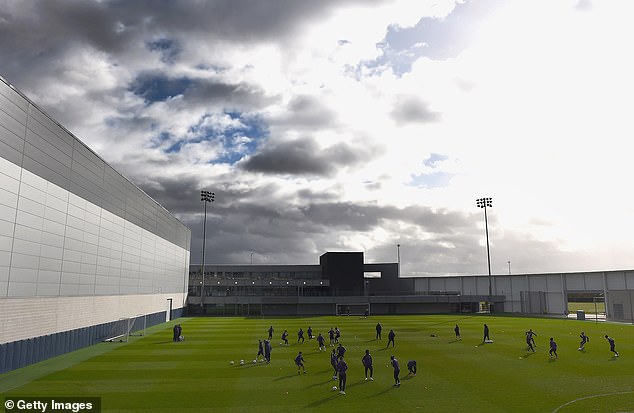 ‘If you have Old Trafford and you regenerate, rejuvenate and keep it modern but keep it feeling like it’s Old Trafford, then that’s the perfect solution for us.’

Expansion in the future has not been ruled out by remains fraught with difficulty. Building up on the oldest stand, named after Sir Bobby Charlton, would require construction over a railway line and there is a suggestion that the club would have to move out temporarily.

City struck lucky with their deal to take over Eastlands following the 2002 Commonwealth Games but the groundwork on infrastructure over the last decade has put them in this enviable position.

The fundamentals are all sorted, barring tweaks here and there, and the focus is almost entirely on expanding the City Football Group and winning trophies. United are striving to reach that position.