‘Arsenal would be No 1’: Gary Neville makes SHOCK admission that he would’ve joined the Gunners if Sir Alex Ferguson had sold him and reveals Juventus and Bayern Munich could’ve tempted him to move abroad

Gary Neville has made the surprise admission that he would’ve joined Arsenal had he ever become surplus to requirements at Manchester United.

Neville was a one club man after spending his entire 19-year playing career at Old Trafford before hanging up his boots in 2011 aged 34.

United were embroiled in a bitter rivalry with Arsenal as both clubs battled for Premier League supremacy during the late-90s and early-2000s. 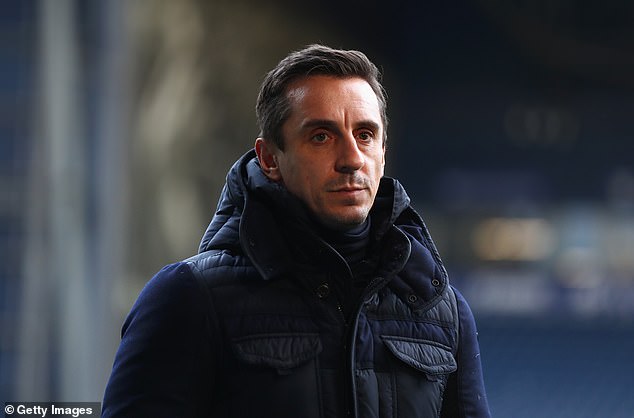 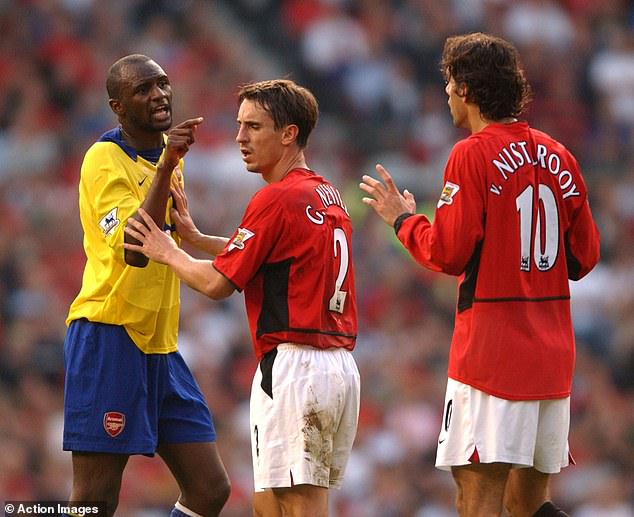 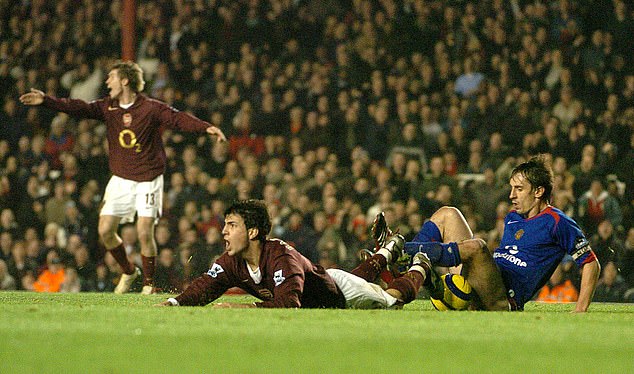 Neville was at the heart of many of those fierce battles and was often criticised by Arsenal players for his rough treatment of Robert Pires and Jose Antonio Reyes during clashes between the sides.

However, the 45-year-old insists he always had the utmost respect for the Gunners and even made the shock revelation that he would’ve been open to a move to north London had his career panned out differently.

‘I made that decision that I only wanted Manchester United next to my name,’ he told Sky Sports. ‘However, if he’d (Sir Alex Ferguson) come to me at 28 and said, ‘Gary, your time’s up’, of course I would’ve played for another Premier League club. 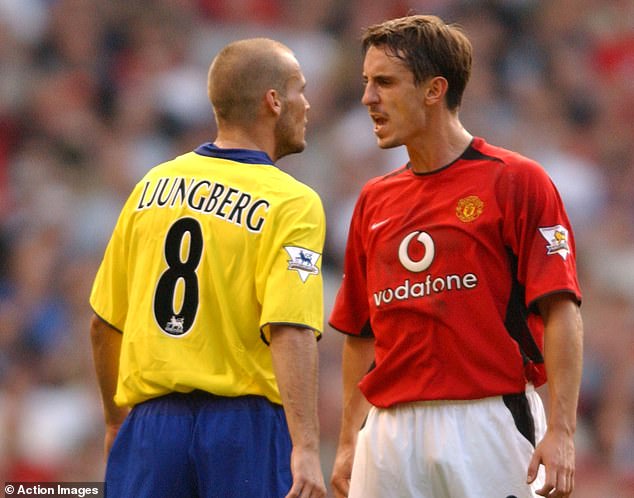 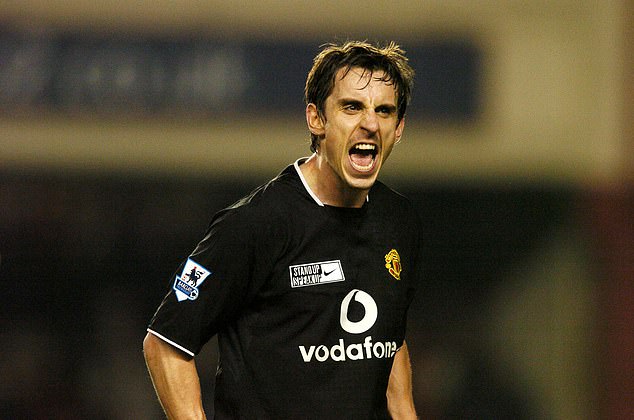 He added: ‘Arsenal would be number one. You used to go to Highbury, you could just feel the tradition of the place, and I just felt they always did things the right way.’

The highlight of Neville’s career at United saw him win the treble in 1999, with the club sealing that famous triumph with victory over Bayern Munich in the Champions League final.

The German side were regular opponents of United in the latter stages of the tournament in the years that followed and Neville admitted Bayern were another club he admired from afar.

He continued: ‘The clubs in Europe I always admired were Juventus and Bayern Munich because we played them a lot in the late 90s, early 2000s and I just respected them as football clubs in terms of the teams that they had.

‘Bayern Munich always felt meticulous in their preparation, so for me, Bayern Munich would be the club I would choose internationally.’