Newcastle ‘are targeting a £17m move for Barcelona defender Samuel Umtiti’ with the Spanish giants desperate to offload his £220,000-a-week wages, as Eddie Howe hunts January signings for his relegation-threatened side

France international Umtiti, who was part of the squad which won the 2018 World Cup, has struggled with injuries in recent season and was not a regular under Ronald Koeman.

That situation hasn’t changed since Xavi’s appointment last month and with the LaLiga club keen to offload his £220,000-a-week wages, The Sun report that the 28-year-old could leave next month and the relegation-threatened Magpies have emerged as an option. 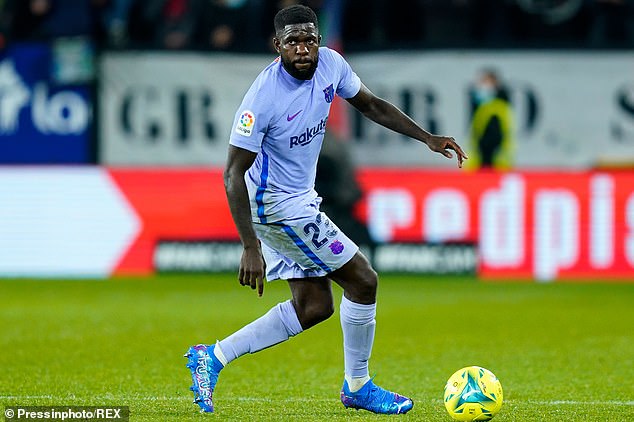 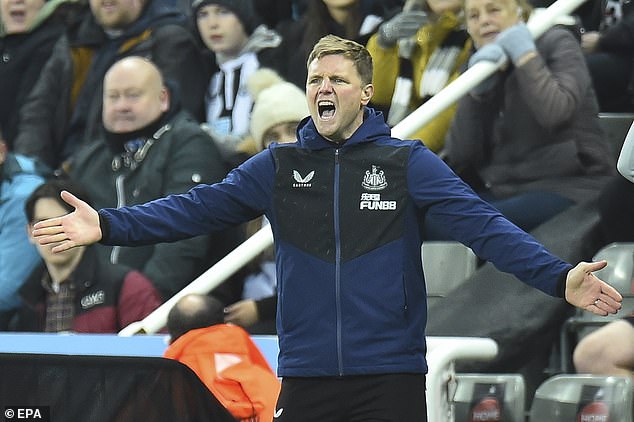 With Barca keen to offload, a move to Eddie Howe’s relegation-threatened side is an option

The report adds that Umtiti has long been linked with a move away from the Nou Camp, with Arsenal and Chelsea previously interested.

But as a result of a lack of minutes, that interest has quickly disappeared and a move to the North-East may now be a feasible option.

Newcastle boss Eddie Howe will be looking at reinforcements in the January transfer window – the first opportunity for the Toon to buy players since their Saudi-led takeover of the club in October.

After drawing 1-1 against Manchester United on Monday night, Newcastle are 19th in the table – two points from safety.

They have also been linked with a move for Lille defender Sven Botman. 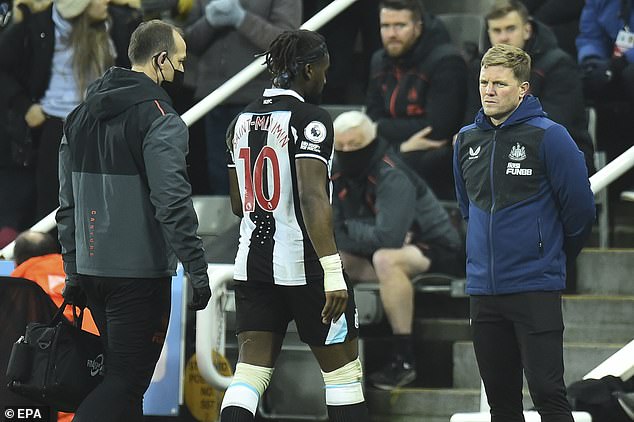 Howe says Newcastle are ‘dangerously close’ to having less than 14 players available for Thursday’s trip to Everton after a Covid outbreak and a bruising night during their draw with United.

Howe said: ‘I believe it’s 13 plus a goalkeeper to have enough players for a game. We’re going to be dangerously close to that number, if there’s Covid in the camp.

‘We are stretched and it is a difficult moment for us. The lads gave everything but we are thin on the ground in terms of bodies.’

Umtiti, meanwhile, has also been linked with AC Milan and Benfica as cash-strapped Barca look to offload the left-footed centre back. 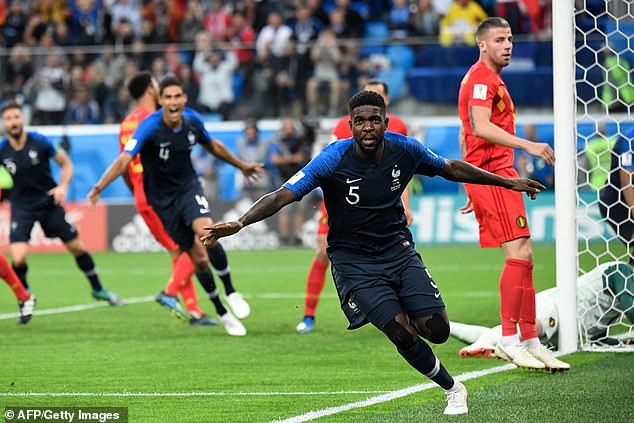