Frustrated Newcastle winger Ryan Fraser has questioned the point of VAR after being denied a penalty for the second time in four days.

The 27-year-old Scotland international, who was aggrieved not to be awarded a spot-kick following a challenge by Liverpool defender Trent Alexander-Arnold during his side’s 3-1 Premier League defeat at Anfield on Thursday evening, was astonished to see his appeals go unrewarded on Sunday after being wiped out by Manchester City goalkeeper Ederson.

Fraser told NUFC TV: ‘There’s no consistency, there’s always something – and that’s what VAR is for. If there’s no VAR there, then you take it. It’s the game, referees are going to make mistakes. 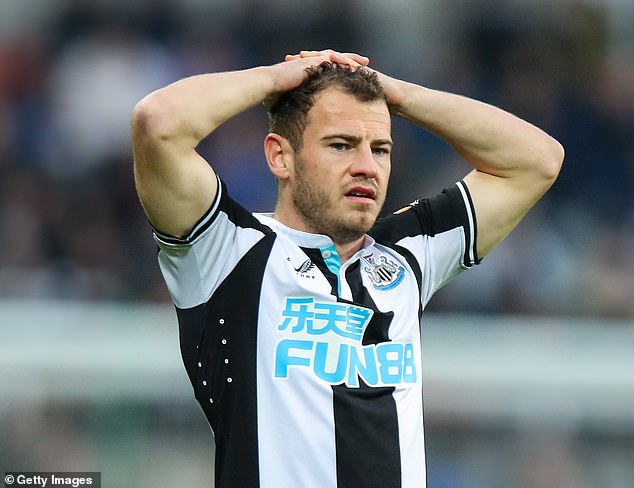 Fraser’s unhappiness after a 4-0 home defeat by leaders City came after Ederson careered into him in a sliding 30th-minute challenge inside the area, only for referee Martin Atkinson to wave away his claims with VAR official Craig Pawson seeing no clear and obvious error.

The visitors were already leading 2-0 at the time and while the Magpies still would have had a mountain to climb even if a penalty had been awarded, a potential turning point eluded them. 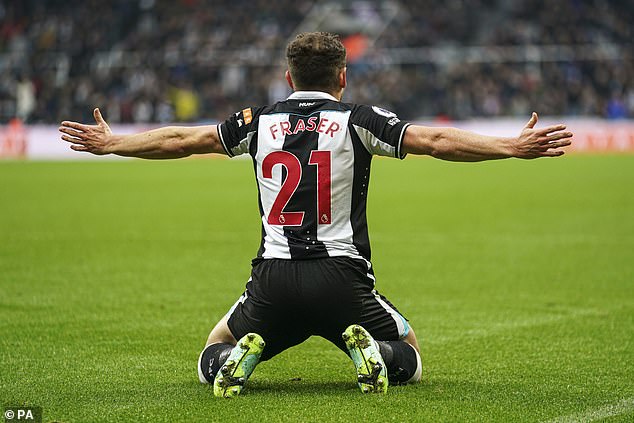 Fraser said: ‘It’s a pen, as simple as that. Even if the ball is getting away, he took me out.

‘It’s just like anything else, if somebody else got the ball and I just volley someone in the middle of the pitch, is that not a free-kick? I don’t really get it.

‘That’s two pens now I feel I should have had. Everyone has got their own opinions, but the referees just need to be more… I don’t know what the word is for it.

Newcastle’s latest defeat, which came courtesy of goals from Ruben Dias, Joao Cancelo, Riyad Mahrez and Raheem Sterling, was their third on the trot since their sole league win of the campaign to date over Burnley, and they will spend Christmas just one place off the foot of the table and three points adrift of safety. 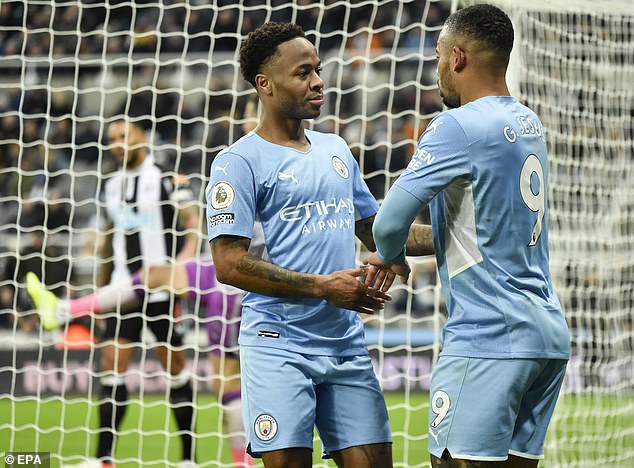 They face another tough test on December 27 when Manchester United head for Tyneside before a trip to Everton, and the January transfer window cannot come quickly enough for a club in severe danger of relegation despite new-found wealth.

However, Fraser remains confident they can dig themselves out of trouble under head coach Eddie Howe.

He said: ‘There are a lot of positives to take. The scoreline doesn’t say that, but I hope people can look past it and if we stop the silly mistakes, I have no doubt that we’ll stay in this league, 100 per cent, under this manager with the players we’ve got.’