Off Script: Has Mesut Ozil fulfilled his potential with Arsenal? Mesut Ozil has won major honours in Germany, Spain and England and has a World Cup winner’s medal to his name, but has he fulfilled his potential with Arsenal in the Premier League? That’s the question posed on the latest edition of Sky Sports’ Off Script.

David Jones is joined by Sky Sports pundits Graeme Souness, Jamie Redknapp and Alan Smith and they discuss the topic of unfulfilled talent in football and the conversation quickly turns to Ozil, who joined the Gunners from Real Madrid in 2013.

The 31-year-old is a mercurial talent, who arguably divides opinion like no other player in the game. Some see the talent, the delicate touches and the imaginative, incisive passes, while others see a lack of effort and a lack of contribution form the top earner at the Emirates Stadium.

But can a player who has won the FA Cup, La Liga, a Copa del Rey, a German Cup, been named Germany national team player of the year on five occasions and won a World Cup, no less, be an unfulfilled talent? Souness set up the discussion point, saying: “What about Mesut Ozil at Arsenal? Will he fulfil his potential? “There are players like Jamie [Redknapp] who suffered a knee injury so may not fulfil their potential, but for someone like Ozil, do you think in three or four years’ time he’ll look back on his career and say ‘I did everything to give myself the best chance of being successful?'”

Souness, Redknapp and Smith have their say…

Souness: Ozil can give much more “The way I see him, we should not even be having a conversation about him. He’s so talented, and we should be talking about him as one of the greatest players to come to the Premier League, but I don’t think I’m alone in feeling there’s so much more from him.

“I think he’ll look back and think he could’ve done more. I’ll go back to when I was a young player under Bill Nicholson. I was 15 years old and it stayed with me throughout my career. He was talking about what midfield players do.

“I know Ozil is a No 10, but when he loses the ball, there’s a general disinterest to do the hard yards. He’s not alone in that, and maybe he’s given carte blanche to be like that but if you’re out there and you give the ball away yourself, the first reaction has to be to sprint back, get goal-side and be part of the team that wins the ball back.” 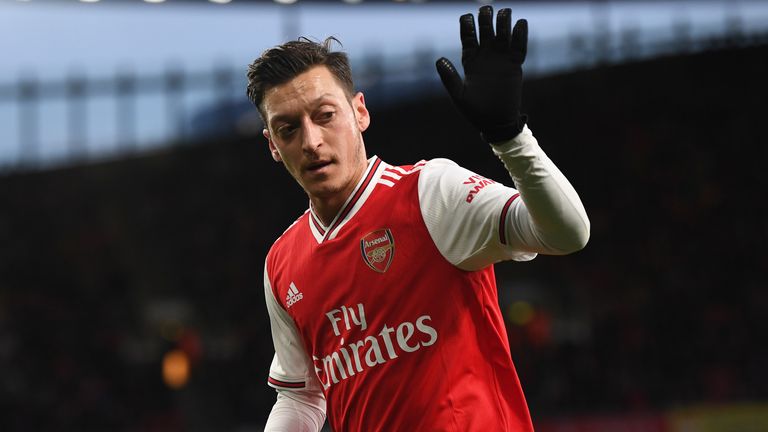 “But look at his record, and he’s been Germany’s footballer of the year [five] times and he’s a World Cup winner. He’ll be thinking, ‘what I’m doing has reaped dividends. I’ve been successful’.

“I’m trying to play devil’s advocate here, but there are times when you’re immensely frustrated by him.

“I don’t think his Arsenal career would be classed as a success. They’re not going to win the league any time soon with him in the side. He’ll be regarded as one of those immensely talented players and Arsenal fans certainly can see how talented he is.

“His team-mates can recognise that as they would see that every day, but even they will be frustrated.” 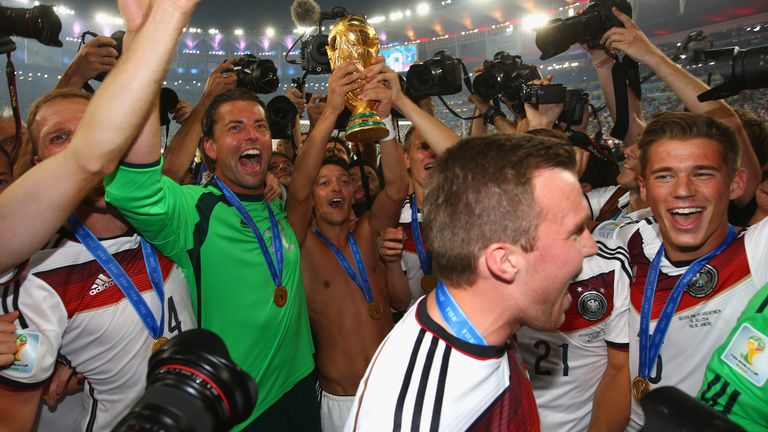 “I do agree with Graeme, but it’s not been easy similarly as he’s been around playing for one of the worst Arsenal teams we’ve seen in many years as well.

“Yes, his talented is unfulfilled, but he’s won a World Cup. I’d have given anything to win that.

“When you see what he’s capable of with his assists, could he do more? Absolutely, and there’s a lot of frustration watching him.

“But he’ll reflect on his career and think he brought a lot of joy to people and think he had a great career.”