Ole Gunnar Solskjaer has warned his Manchester United forwards that Cristiano Ronaldo will not be warming the Old Trafford bench.

The Portugal star is closing in on a return to United after Mason Greenwood’s late goal gave them a 1-0 victory at Wolves on Sunday.

On Friday United announced they have agreed a £19.7million deal with Juventus to bring Ronaldo back to Old Trafford, 12 years after he left for Real Madrid.

Solskjaer’s side squeezed past Wolves despite being second best for much of the match and the manager insisted he expects the 36-year-old to go straight into his side.

“He is not signing to sit on the bench. He is going to make us a better team,” said Solskjaer.

“We need to get all the paperwork done, hopefully we can get that sorted and we can announce it 100 per cent.

“Then he is away with Portugal, they have three games, his last game is Tuesday [7 September] and then we can get him back to Manchester and be involved as soon as possible.”

The France international made minimal contact but the hosts felt the challenge was dangerous, yet Solskjaer believes it was fair.

He is not signing to sit on the bench. He is going to make us a better team

He said: “Last week [against Southampton] I was moaning because I thought we should have had a foul. Every manager will say it’s wrong when it goes against you.

“Today I’m not going to argue against the referee. It’s a bad touch by Paul but he goes in with his side foot and it’s a fair challenge.

“We have played better but sometimes you have to earn your luck and I thought we did.”

Before his second-half heroics, De Gea thwarted Raul Jimenez, Aaron Wan-Bissaka cleared off the line from Francisco Trincao and Joao Moutinho shot over.

Wolves and Traore threatened to run riot but they failed to score for a third successive game, again slipping to a 1-0 defeat, despite having 57 attempts in the Premier League this season.

The goalkeeper kept out the defender’s header from Moutinho’s corner but Saiss looked certain to score the rebound, only for De Gea to sensationally save his point-blank strike.

It was crucial and paved the way for victory as Greenwood struck. Pogba and Neves challenged for the ball and it ran for debutant Raphael Varane to find Greenwood who fired in. 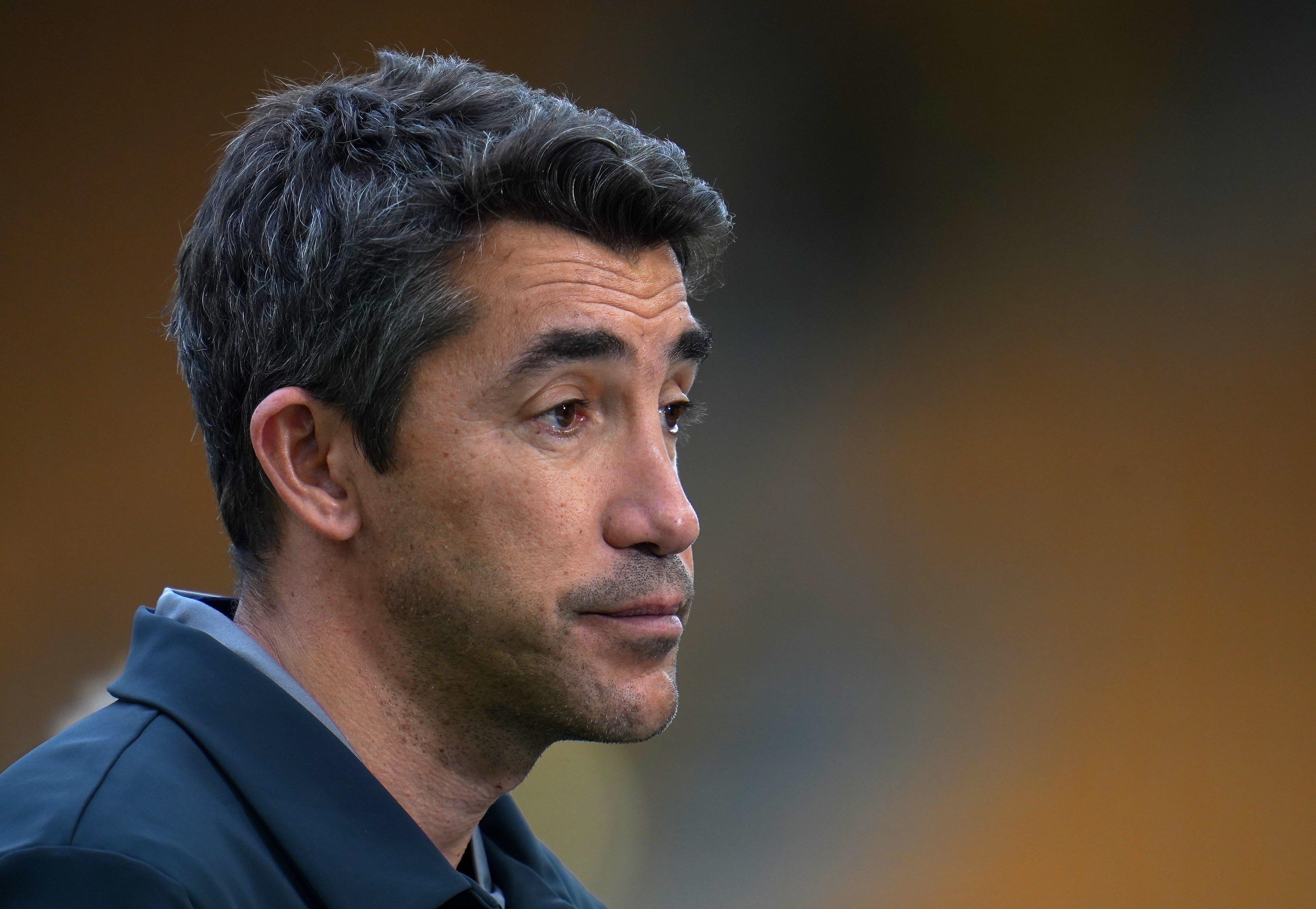 Wolves were furious and boss Bruno Lage feels United failed to show the hosts the same courtesy they offered them in the first half.

He said: “I’ve seen his [Neves’] leg, for me it’s clear but it’s important to think about it.

“The most important thing is to look back on this 90 minutes and the way we played and the chances we created.

“If someone told me the best way is to put 10 men behind the ball and we’ll win games, I’m sure everyone will go that way.

“This way is better, the way we play and create chances, the goals will come.

“This is the way I believe football must be played, that’s why I came and I challenged the players to play this way.”