OLIVER HOLT: England need Henderson if they are to go deep in Qatar

OLIVER HOLT: The ‘anyone but Jordan Henderson’ brigade are like the idiots who pilloried Ray Wilkins and Owen Hargreaves… The Liverpool captain is a team player and relentless – England need him if they are to go deep in the World Cup

I might as well declare a bias straight away. I’ve always admired Jordan Henderson as a player. I have always thought he is underrated. Criminally underrated.

He is a brilliant passer, someone who has the ability to thread the ball between the lines. He is a hard runner, a hard tackler, a relentless opponent, a clever organiser, a fine crosser. Just some of the reasons why he has captained Liverpool in three Champions League finals.

Another declaration of bias: I spent a bit of time with Henderson in the Algarve in the summer, helping with his autobiography. He has a house down there but I wouldn’t really say he was on holiday. He had played a couple of rounds of golf with Adam Lallana the week before I arrived but he had a personal trainer there as well. He worked alone with him on a pitch at a sports centre every day. 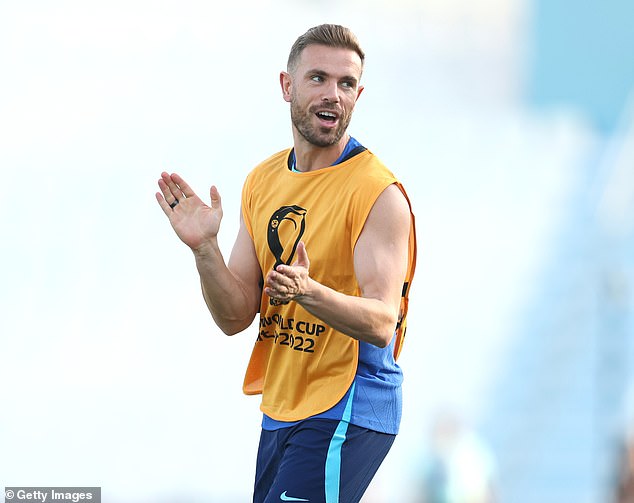 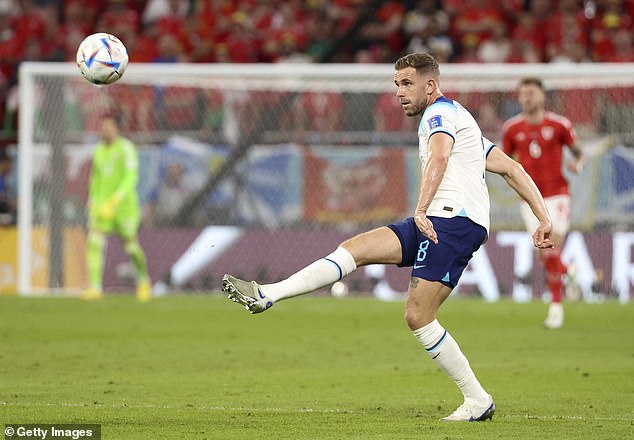 One reason I’m happy to declare the bias is that a lot of people share it. Even out here in Doha, I have spoken to several former players, now prominent pundits, who are effusive about Henderson’s qualities. They don’t question him. They look at the fact that he has won everything there is to win in the club game and they shake their heads at some of the nonsense aimed at him.

When he played against the US at the Al Bayt Stadium nine days ago, he became only the fourth England player to feature in six successive major tournaments. The other three are Wayne Rooney, Steven Gerrard and Sol Campbell, so Henderson is in good company. He has played in three World Cups now, too. Only 13 other England players have done that. He must be doing something right.

Henderson is a decent man, too. He tries to do the right thing. He wants to help others. He is a team player. A genuine team player, not just someone who pays lip service to that idea while pursuing his own ends. Maybe that’s part of the reason why he’s at the World Cup with England: because he’s what they call ‘a good tourist’. But it’s not the main reason. The main reason is that he’s a superb footballer. 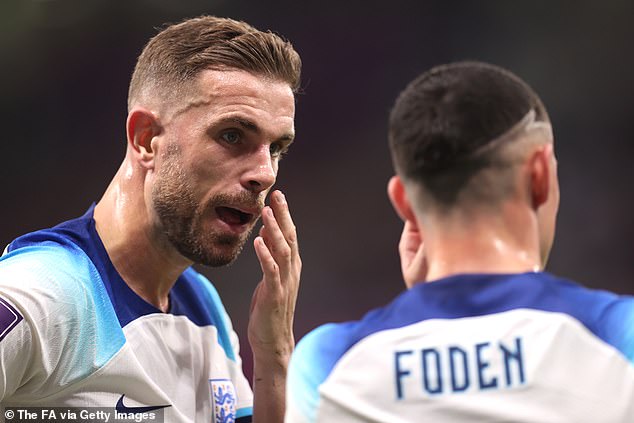 His appearances were greeted by many fans as a sign of the Apocalypse. More specifically, they were used as a stick with which to beat Gareth Southgate. Henderson, critics said, was a symbol of Southgate’s innate conservatism and caution. They cried out for Phil Foden and Jack Grealish and James Maddison. The attitude was pretty much ABH: Anyone But Henderson. It was pathetic.

It has been this way with England before. The attitude to Henderson fits into a different category from players who become scapegoats for a tournament exit, although we have a proud history of those, too. Peter Bonetti, Southgate, David Beckham, Phil Neville, Bukayo Saka, Marcus Rashford and Jadon Sancho are just some of the players who have been targeted in the aftermath of tournament elimination. 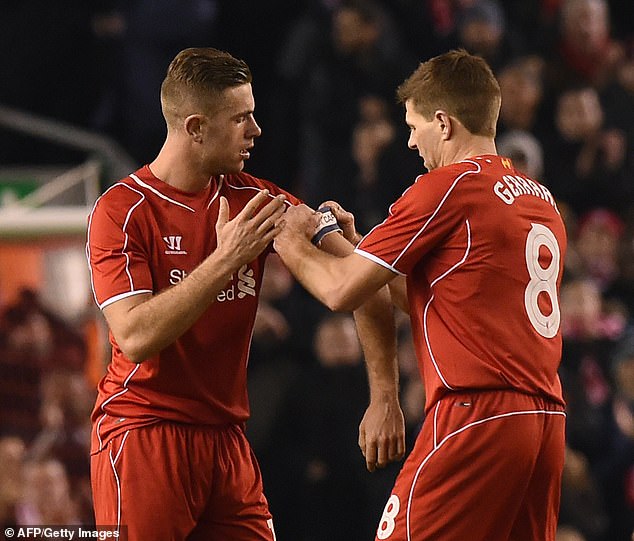 Henderson, 32, is different. He is part of a group of footballers targeted because he is perceived to be holding other, more creative, more talented, more exciting players back by keeping them out of the team. Henderson has come to be seen by idiots as the man blocking the path for Foden or Grealish and, by extension, damaging England’s hopes of winning this World Cup.

It is not a new phenomenon. Far from it. The first time I remember it happening was with Ray Wilkins. A theme is emerging here because he was one of my favourite players, too. Wilkins was a sublime passer of the ball, the brains of every team he played in, a playmaker who was ahead of his time.

But he was pilloried by the public with England because his selection was thought to be blocking the way for the creative genius of Glenn Hoddle. Wilkins was derided as a ‘crab’ because it was said he always moved sideways. AC Milan recognised his quality when they paid to take him from Manchester United in 1984 but he was never properly appreciated with England.

More recently, Sven-Goran Eriksson was ridiculed for picking Owen Hargreaves in the centre of his midfield in the run-up to the 2006 World Cup. Hargreaves was jeered before that tournament in a friendly against Hungary and then roundly booed by England fans when introduced as a substitute in England’s opening game against Paraguay. It was later in that World Cup that he produced one of the great individual England performances of the last 20 years with a superhuman display in a losing cause in the quarter-final against Portugal. 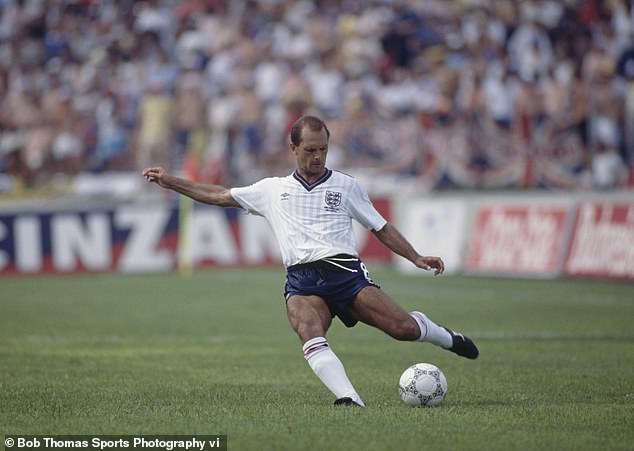 Now it’s Henderson’s turn as the anointed one. Or the anti-anointed. He’s not in tune with the zeitgeist. The zeitgeist is not big on self-effacement and uniting a team. The zeitgeist wants tricks and flashy celebrations and individualism and a social media presence and Henderson does not do that. He gets on with it. He is single-minded. He does not do distractions.

Many fans expressed dismay when he was brought on for Jude Bellingham against the US. Bellingham had been brilliant against Iran in England’s opener. He’s a fantastic player who could be the heart of this side for the next 10 years but he was having a quiet game against the US. England were struggling in midfield. Henderson came on and stopped the bleeding.

Much of the criticism of him is lazy. It is the opposite of received wisdom. It’s received stupidity. It is fashionable to hate on Henderson so people do it in droves, like sheep. Like they did with Wilkins. Like they did with Hargreaves. Some of them think all England need is a team of 11 Phil Fodens to win the World Cup. They seem to have no concept of balance or coherence in the selection of a side.

The reality is that if England are to go deep in this tournament, they are going to need Jordan Henderson just like they needed him in 2018, when he played such a pivotal role in getting them to the semi-finals. Whatever role he is asked to play, either as a starter or a substitute, they will lean on him again and he will not let them down. 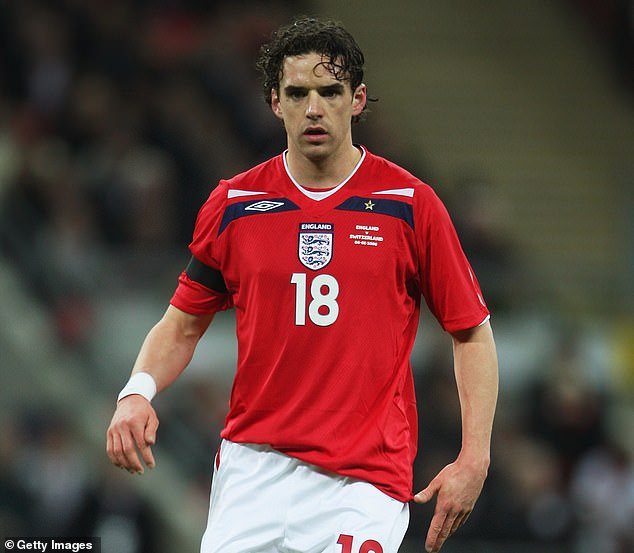 The reaction to the head injury suffered by full-back Neco Williams during Wales’ group game against England last week shone a light on just how much progress there is still to be made in attitudes towards concussion in sport.

After Williams was poleaxed blocking a fierce shot from Marcus Rashford, he was treated by Wales medics who judged he had passed the sport’s concussion protocols, and allowed him to play on. Dazed and seeing double, he lasted 12 more minutes before he was replaced. 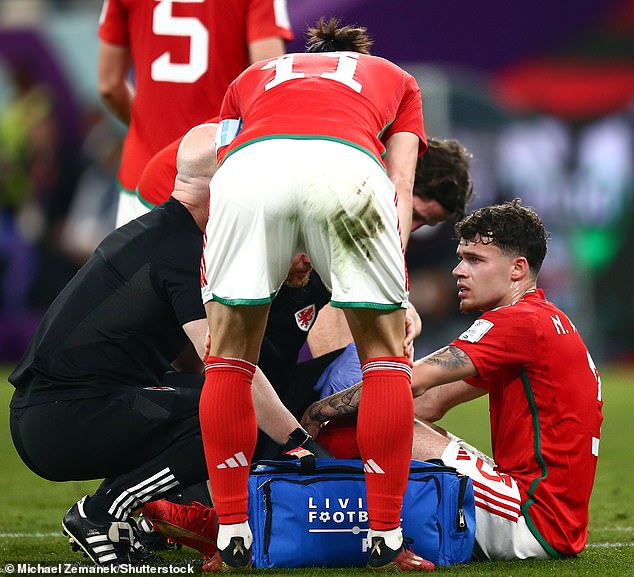 The fact that he was allowed to play on seems absurd and infuriating given how much more we know about the dangers of concussion. Players are competitive and stubborn and teams are playing for high stakes and too often, health comes second.

Football isn’t helped by the macho culture that still pervades it. The former player and boxer Curtis Woodhouse said the decision to stop the game for Williams was pathetic. Williams sent him a message back saying that given he could see 44 players on the pitch, he thought it was reasonable.

I would refer the ‘pathetic’ brigade to the death of former Chicago Bears safety Dave Duerson, who shot himself in the chest 11 years ago so his brain tissue could be examined for signs of chronic traumatic encephalopathy, the degenerative brain disease linked to depression and dementia in former players who had taken repeated blows to the head.

The conduct of quite a few people in the aftermath of Williams’ injury could be described as ‘pathetic’. Williams wasn’t one of them. 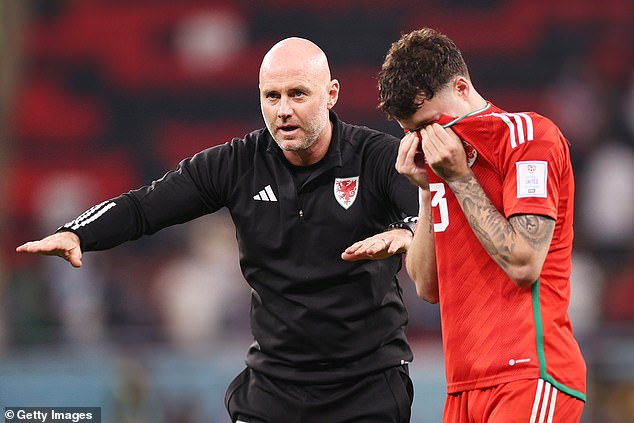