Olivier Giroud has revealed he had his heart set on a move to Inter Milan in the January transfer window after talking with Antonio Conte while he also names Tottenham as a club who expressed interest in signing him. Giroud had hardly featured for Chelsea in the first six months of the season with Tammy Abraham leading the line for Frank Lampard’s side.

And it appeared the Frenchman was set to leave in January to find a new challenge, with strong interest from clubs Italy.

Inter Milan seemed to be winning the race for his signature with Conte keen to link back up with the striker.

But Lampard made it clear he would only allow Giroud to leave in January if they were able to bring in a replacement.

Having won their appeal to turnover a transfer ban, Chelsea were keen to do business but nothing materialised as Giroud stayed put at Stamford Bridge. 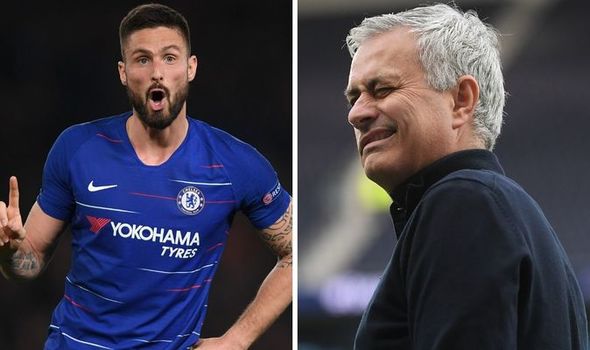 And the 33-year-old has admitted everything was done for him to join Inter had Chelsea not blocked his exit.

“In January, I saw myself far away from Chelsea,” Giroud told Telefoot.

“I saw six complicated months ahead of me. That’s why I had the desire to change scenery. I tried to leave in January.

“It was all done, but in the end Chelsea didn’t want to let me go.

“I could only leave on the condition they found a replacement. I still hoped to leave on January 31.

“Everyone knows that Inter’s sporting project was the most interesting for me.

“Them aside, Lazio and Tottenham also looked at me. 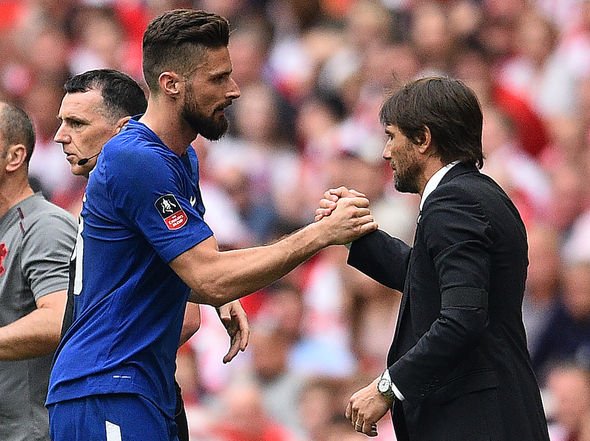 “At one point, it was a question of where I wanted to play. I talked to Conte on the phone, he’s known me from when he took me to Chelsea: that was an advantage for me.

“In addition, Inter play in the Champions League. They’re a great club.

“Lazio, for their part, tried absolutely everything, even coming to London to try something, but the deal was blocked.

“I also talked on the phone to Lyon’s President, who expressed an interest in me, but I told him that my priority was going to Inter.”