Ousmane Dembele has revealed formal contract talks with Barcelona have not yet started, but reiterated his desire to stay at the club.

French forward Dembele signed a bumper five-year deal – which expires next summer – when he arrived from Borussia Dortmund for £97million in August 2017, making him the sixth-most expensive footballer of all time.

The 23-year-old suffered an injury-ravaged career at the Nou Camp, picking up a four-month hamstring injury on his full league debut and only managed nine appearances and one goal in all competitions after another serious hamstring tear. 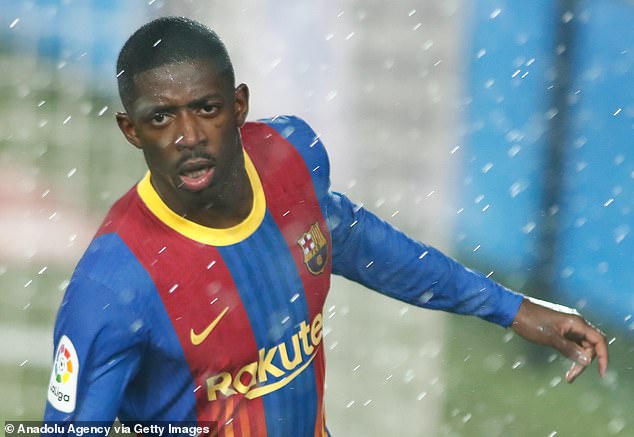 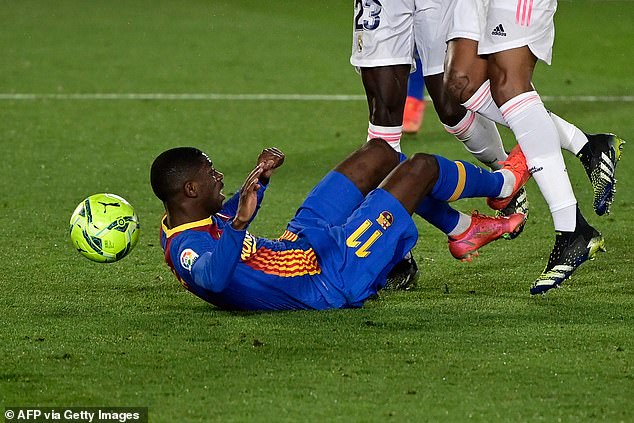 Dembele has since returned to full fitness, scoring 10 goals this campaign and nailing down a place in the side, and admitted how happy he is at the club – who are reportedly set to offer him a three-year extension.

He told beIN SPORTS: ‘My future? I still have a year of contract left. There hasn’t been a discussion with the club yet, I’m happy, and I feel good.

‘Then there is the new president who has arrived and whom I do not know too well, but he is very close to the players. We’ll see how it goes.’ 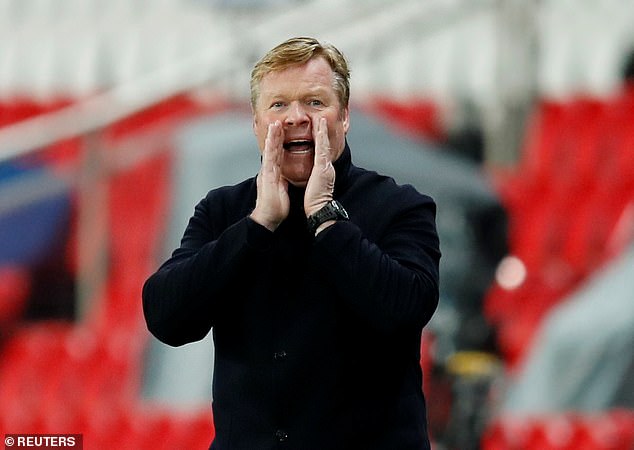 ‘I always kept a smile, even after an injury. I told myself this is life. There are trials in life, you have to overcome them. Healthy living is just people talking. The injuries aren’t because of that. You don’t stay at Barca for four years with a poor lifestyle.

‘I feel good since my return. Yes, it’s true that I stand up more to opponents. Clement [Lenglet] teases me by the way, telling me that I have to throw more punches!’

The 23-cap international played 81 minutes in the El Clasico against Real Madrid on Saturday, but saw his side lose 2-1 after Karim Benzema and Toni Kroos scored in the first half, with Oscar Mingueza scoring Barcelona’s only goal on the hour. 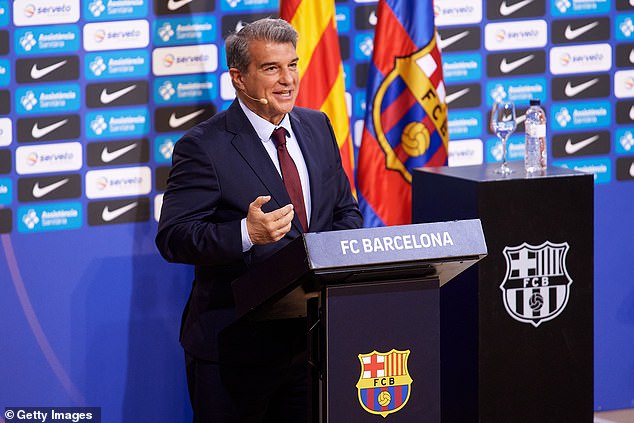 The result leaves the LaLiga table fascinatingly poised, with Los Blancos now top on 66 points, rivals Atletico Madrid in second on 66 points but with a game in hand, and Koeman’s outfit in third on 65.

Up next Barcelona face Athletic Club in the Copa del Rey final on Saturday before facing Getafe and Villarreal in the league the following week.

Ronald Koeman’s side entertain Atletico Madrid on May 9 in what could prove a crucial match in the bid for the Spanish domestic title.