West Ham legend Paolo Di Canio has revealed why he turned down a move to Manchester United in 2001. Di Canio received a phone call from the then United manager Sir Alex Ferguson on Christmas Day that year, asking him to join the Red Devils, who were reigning Premier League champions at the time.

However, Di Canio says his feelings towards West Ham meant he could not leave them at that time.

West Ham signed the Italian two years earlier, months after he famously pushed referee Paul Alcock to the ground and was suspended for 11 matches while playing for Sheffield Wednesday.

Di Canio says the fact West Ham showed faith in him meant he could not leave them for United when Ferguson came calling.

“I thought [the phone call] was a joke,” Di Canio said on the Transfer Talk podcast.

JUST IN: Premier League set to ‘release statement cancelling the season’ due to coronavirus 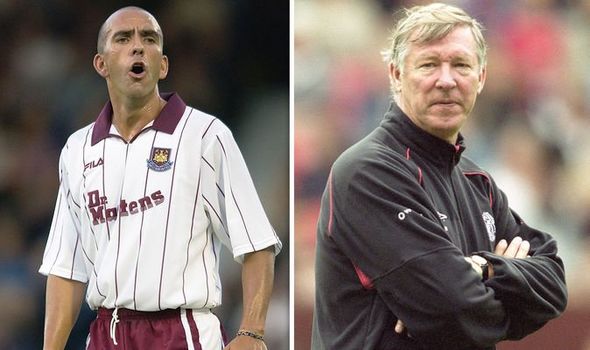 “I thought it was my friend from Italy.

“My stomach went a bit because it makes you think you have underestimated yourself, that you are bigger than what you thought.

“Man United call you, try to persuade you to move because they want you. For a couple of minutes you feel big and strong.

“It was strange for me to say no to Sir Alex. I said ‘thanks, 1000 times thanks, but I can’t. West Ham are the family that warmed to me in the worst moment in my life, I’m the skipper, I can’t.’”

Di Canio says Ferguson understood his decision and the former striker does not regret his decision.

“[Ferguson] told me, ‘Paolo, respect for this, I love people that think in this way. You are the man that I thought you were’,” he continued.

“I moved to West Ham not in a normal way, in the worst moment of my life.

“In the end I remained at West Ham and I don’t have regrets about it, even if United became the best, won the Champions League, winning the leagues. 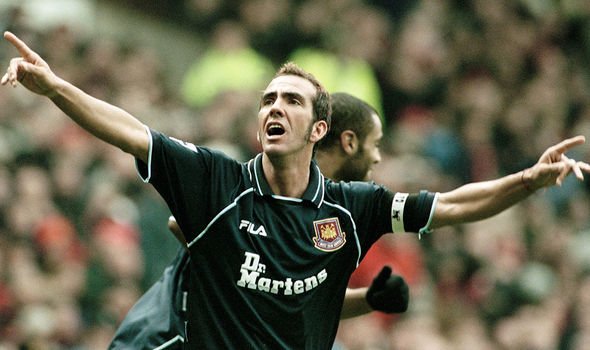 “I would never change winning those leagues for the four and a half years I wore the West Ham shirt.”

Di Canio says the time he spent in the Premier League was the most important of his career.

“I’m never going to forget the eight years I had in England, they were the most important for me as a person,” the 51-year-old added.

“I became a different person in England, a person with morals, more respect for others. For this I have to thank English people.”