Pep Guardiola says his Manchester City side will look to “punish” Manchester United by piling on derby agony to an already miserable week. City face a United side still nursing fresh bruises from their agonising Champions League exit, missing out on the knockout stages, in the Manchester derby this evening (5.30pm kick-off).

And while Guardiola insisted his side will be expecting a backlash from Ole Gunnar Solskjaer’s men his side can ramp up the pressure on the Red Devils’ under-fire manager.

The Catalan said: “It will be difficult of course, like all the big clubs have incredible they have top players up front.

“But we’ll try to play our game, to control them as much as possible and, yes, to punish them.

“They know we that we go to Old Trafford to try to win the game, like we’ve always done. We know the quality they have.” 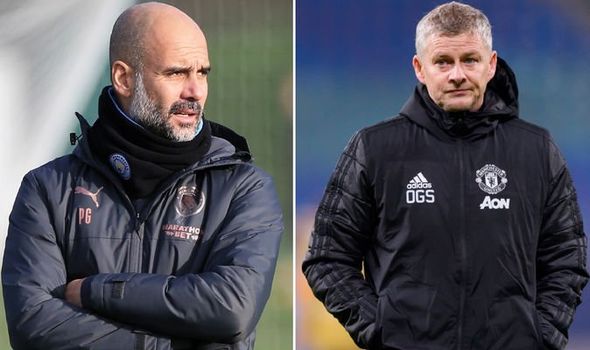 Guardiola has all but two players – Oleksandr Zinchenko and Eric Garcia – to choose from but will not start Sergio Aguero as he makes a cautious comeback from injury.

But he does welcome back several players who were able to rest up as City completed their Champions League group with a stroll against Marseille on Wednesday, including Kevin De Bruyne.

The Belgium international warned against City taking things easy today insisting a United side still stinging from crushing defeat against RB Leipzig could be a dangerous beast.

“I don’t think it is more important for them but we need to be careful because everything that has happened this week, it is a good game for them to change the switch,” said De Bruyne. 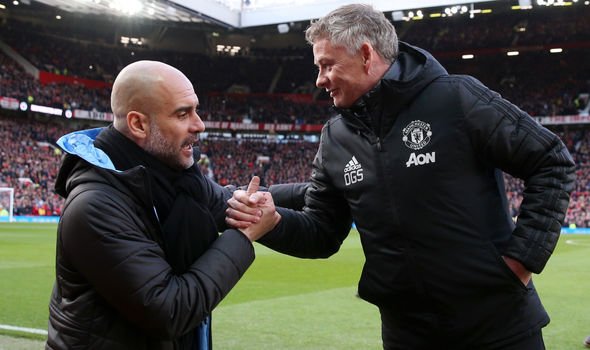 “They will want to show a different side to what happened in Leipzig and we need to be aware of that.”

“In the end it is similar for them as it is for us, both teams want to keep momentum from the last few weeks and it is important to do that.”

He claimed the United manager remains “exceptional” despite their rivals’ European disappointment.

Guardiola added: “For me he’s an exceptional manager for how he has handled the team and how he represents United all around the world.

“Ole knows, everyone knows it depends on results but I have a high opinion about his work at United.

“But I don’t have to give him support, he’s strong enough, he knows how it works in this job.

“When we win we are a genius and when we lose we have to be sacked. Same at United and all around the world.”