Phil Foden expects the title race to be every bit as tight as Manchester City’s compelling 2-2 draw with rivals Liverpool on Sunday.

The champions twice came from behind to claim a point against the 2020 Premier League winners in a superb contest at Anfield that befitted two title challengers.

The result left City a point behind the second-placed Reds who in turn trail leaders Chelsea by a single point. After seven games, just two points separate the top six sides in the table.

“It was such a good game from both teams,” said Foden, who scored City’s first equaliser. “It was end to end at times. I thought it was a top performance from us and we deserved more. I am a little bit disappointed we didn’t get the three points but if you don’t win, then don’t lose.

“We know there are a lot of teams in the title race this year and it is really good to see that there is more than one team fighting at the top of the league. I feel like it is going to go all the way and we will fight until the end.”

City dominated the first half but had nothing to show for their superiority at the interval.

Liverpool raised the tempo to snatch the lead with a well-worked effort from Sadio Mane just before the hour but the outstanding Foden responded with a sweet left-foot shot into the bottom corner.

City complained when James Milner escaped a second yellow card for a blatant foul on Bernardo Silva and Mohamed Salah compounded their frustration with a stunning second Liverpool goal. 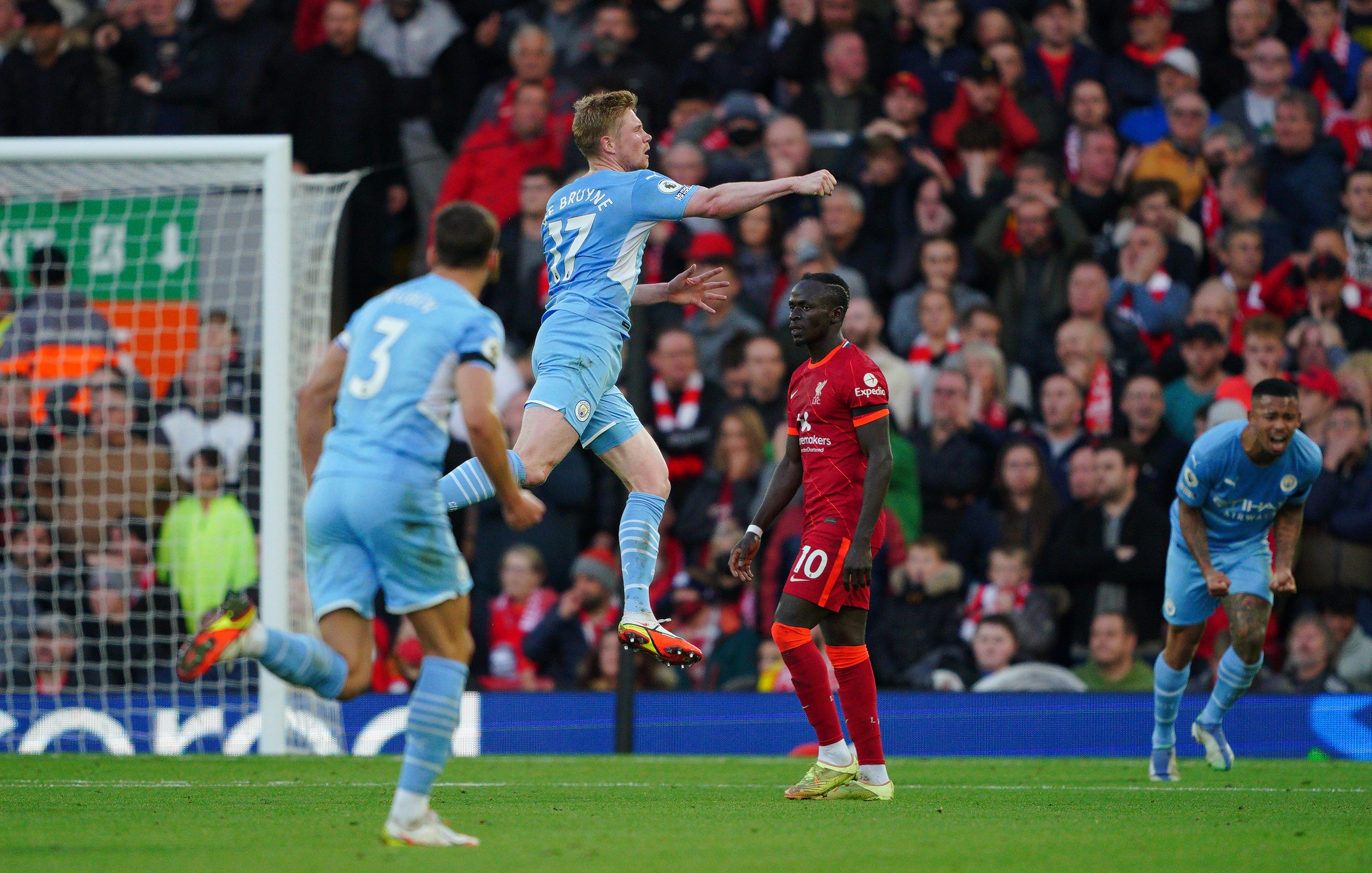 The prolific Egyptian weaved through the City defence and fired past Ederson with 76 minutes gone.

City rallied again and claimed an equaliser, arguably the least they deserved, when Kevin De Bruyne’s 81st-minute effort deflected in off Joel Matip.

It ended a breathtaking week of away games for City after winning at Chelsea and performing creditably in defeat at Paris Saint-Germain in the Champions League.

Foden said: “I think we have played three of the best teams in football right now, back-to-back.

“Being Manchester City, we love those games and we want to win those games to show our quality against the best players.

“I think in every single game against Chelsea, PSG and Liverpool, we showed a very high standard and put in great performances.”