Pierre-Emerick Aubameyang has been urged to force a transfer away from Arsenal as the Gunners “don’t have the ambitions as high as some other clubs” in Europe. Aubameyang joined the Gunners in 2018 from Borussia Dortmund and he has been a revelation at the Emirates.

His record in front of goal speaks for itself, with 61 goals in just 97 appearances.

But his trophy cabinet has been empty since his move to north London, with Arsenal struggling to make grounds on the top sides in the Premier League.

Arsenal did reach the Europa League final last year, but they were thrashed 4-1 by Chelsea in the final.

That summer saw Aubameyang linked with a move away from the Emirates with reports that he was growing frustrated with former manager Unai Emery. 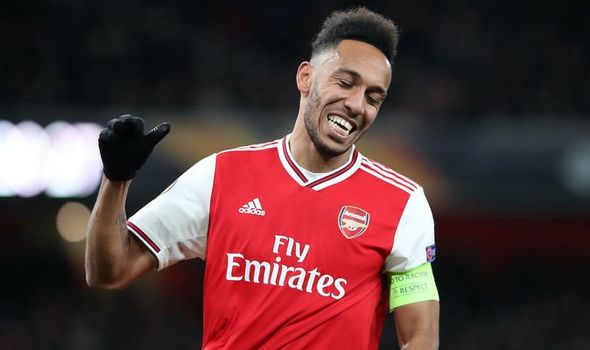 His mood has appeared to change with Mikel Arteta taking over, but there has been no progress on extending his contract.

That’s partly due to the ongoing coronavirus pandemic and Arteta is keen to get Aubameyang to sign an extension as soon as possible.

However, the president of Gabon’s football association, Pierre Alain Mounguengui, has launched a scathing attack on Arsenal.

The FEGAFOOT chief has claimed Aubameyang needs to force a move away from the Emirates.

“I don’t want to say that Arsenal aren’t ambitious, but Arsenal don’t have ambitions as high as some other clubs as far as Europe is concerned,” Mounguengui told ESPN.

“So if Pierre could secure a contract with a more ambitious club, he’d definitely find his place there.

“On an individual level, we all consider him to be among the best players in the world, but the advice I give to him is to continue to work and to attract the attention of the biggest clubs and the most ambitious clubs.”

He added: “Aubameyang is a world-class player but for him, or anyone else in Europe who hasn’t won a major honour, football is a collective sport. 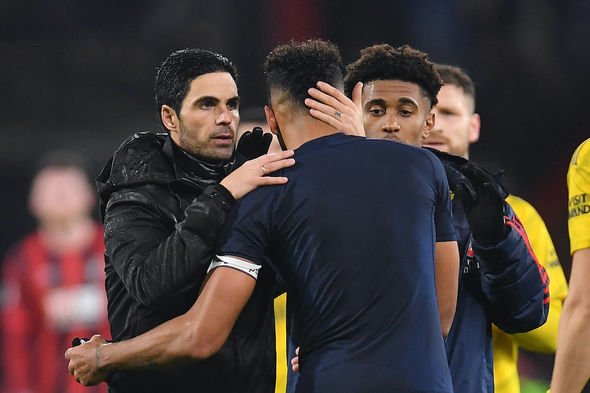 “Right now, he’s at Arsenal, and he’s won nothing here, so it’s a collective failing.

“All Gabonese people see Aubameyang at this level, where he can now end his career at a major club and, above all, beyond individual trophies, to bring home a major competition.

“Auba has the habit of saying that if club honours could come, that wouldn’t be bad,

“But that he could also settle for the personal accolades he’s won. As I said, he’s a world-class player.”