Pjanic growing frustrated at lack of opportunities at Barcelona

‘A situation like this has never happened to me’: Miralem Pjanic is growing frustrated at his lack of opportunities at Barcelona under Ronald Koeman having made just five LaLiga starts since joining the club for £52million from Juventus last summer

Out-of-favour Miralem Pjanic is growing frustrated with his lack of starting opportunities at Barcelona under Ronald Koeman.

The Bosnian, who arrived at the Nou Camp from Juventus last summer for €60million (£52m) in a deal that saw Arthur move the other way, has started just five league games since his switch to Spain, with the midfielder now speaking out about the situation.

In an interview with French football TV show Telefoot, Pjanic has said: ‘I have played at all the clubs I’ve been at and with all the coaches I’ve had. A situation like this has never happened to me. Of course it’s not easy, I accept it with great difficulty. 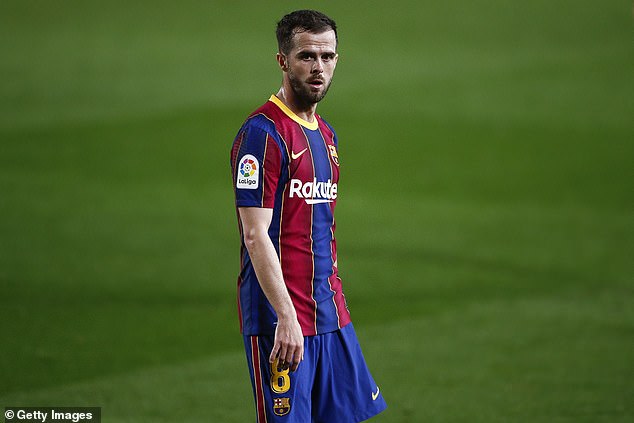 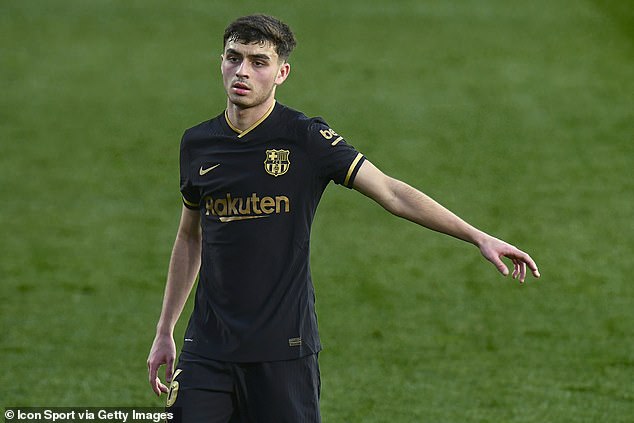 ‘I don’t have the exact reasons why I’ve not had the playing time I expected. I keep working and you have to respect the decisions that are taken, even if you don’t agree. I want to leave my mark at this club.’

Pjanic, who predominantly operated centrally in a 4-3-3 under Maurizio Sarri last season, has struggled to dislodge either of the deep-lying midfielders at Barca during LaLiga games so far, Sergio Busquets and Frenkie de Jong, or nail down the No 10 position, which has been occupied by Antoine Griezmann, Philippe Coutinho, Lionel Messi and 18-year-old sensation Pedri under Koeman at various points, while competition for places has been stiffened further by the introduction of La Masia graduates Riqui Puig and Ilaix Moriba.

The 30-year-old has started all six Champions League games this term, but his first start in Spain’s top flight came on November 21 as Sergio Busquets was struggling with a knee injury.

Barca lost 1-0 to leaders Atletico Madrid that day and Pjanic was benched without coming on for the 4-0 win over Osasuna, a theme that is consistent throughout his debut season at the club. There have been seven league games when Pjanic has not played a single minute despite being in the matchday squad.

Pjanic next featured for the full 90 minutes on December 22 ahead of Busquets in a 3-0 away over Real Valladolid before retaining his place for the home match against Eibar a week later. However, he was hooked after 66 minutes for Coutinho with the team 1-0 down.

A first start of 2021 came on January 21 against third-tier side Cornella in the Copa del Rey, before appearing alongside De Jong 10 days later in the 2-1 victory at home to Athletic Club after Busquets had picked up his fifth yellow card of the campaign against Elche. 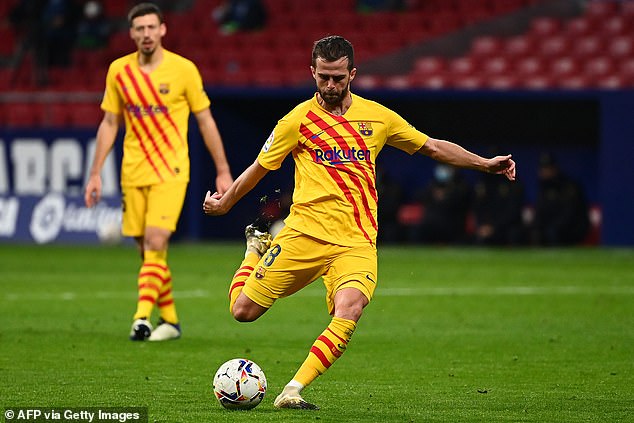 Pjanic was then benched once more for the thrilling 5-3 cup win over Granada before his latest start in the topsy-turvy triumph over Real Betis.

Given that European football has been Pjanic’s saving grace this season, he will be expecting to start in both legs of Barca’s last-16 tie against Paris Saint-Germain, starting on Tuesday at the Nou Camp.

If his playing time does not improve, he may decide it’s time to look elsewhere this summer.