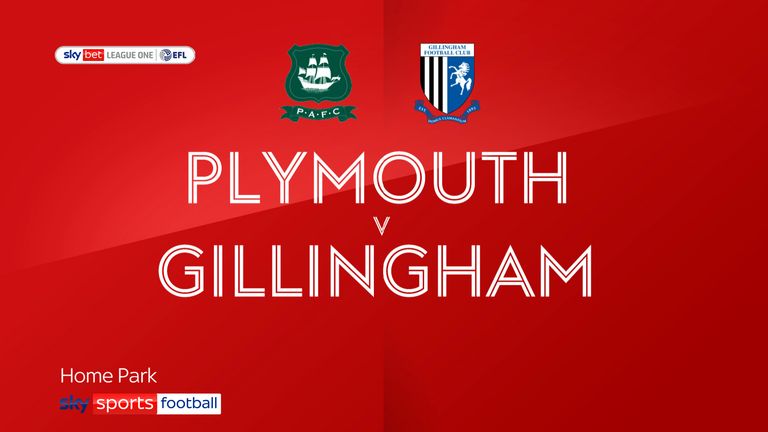 Plymouth forward Luke Jephcott took his goal tally to 14 for the season in all competitions as Argyle claimed a narrow 1-0 Sky Bet League One victory over Gillingham.

Argyle started on the front foot with central defender Will Aimson diving to send his sixth-minute header just past the post.

Wales Under-21 international striker Jephcott swept home from 15 yards after 33 minutes as he met Conor Grant’s cross with a sweet first-time strike.

Jephcott – who has now scored five goals in five games – has now notched 12 in the league.

Gillingham’s Jordan Graham came closest to levelling with a cross that curled on to the crossbar from the right side of the penalty area in the 70th minute.

Tom O’Connor’s goal-bound stoppage-time free-kick was headed over the crossbar at the far post by substitute Matty Willock.

But it was left to Jephcott’s fabulous first-time finish to separate the sides.