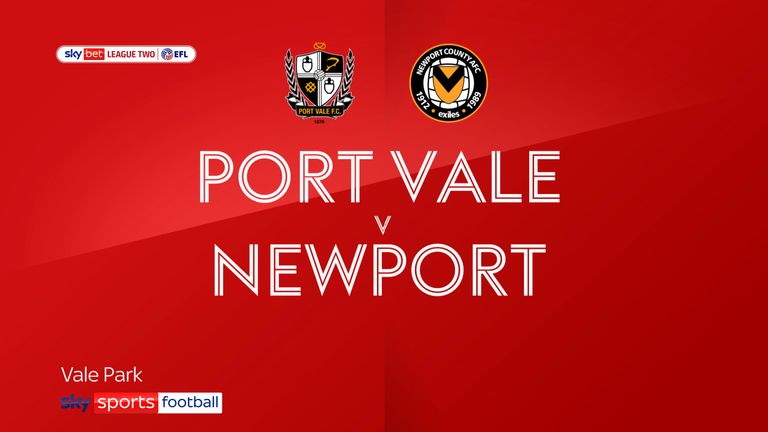 The striker’s 10th league goal of the season eased Vale’s relegation fears with their first win in nine games.

Tom Conlon gave the Valiants the lead with a composed low finish in the 12th minute after being picked out by the dangerous David Worrall.

The dominant hosts almost doubled their advantage with Conlon’s powerful free-kick but Nick Townsend made a fine save to tip on to the crossbar.

Newport could not cope with Worrall’s threat as the Valiants built sustained pressure with a high press.

But the visitors came out for the second half flying and forward Ryan Taylor rattled the crossbar with a sweetly-struck volley.

Michael Flynn’s side then found an equaliser in the 55th minute as half-time substitute Jake Scrimshaw drilled low past Vale keeper Scott Brown.

But Rodney scored the winner for the Valiants with 15 minutes left as he capitalised on a rebound after Nathan Smith’s effort was well saved.