Porto and Braga players PUSH broken down ambulance off the pitch

Porto and Braga players had to put their differences aside during their Portuguese Cup clash and help push a broken down ambulance off the pitch on Wednesday.

During an action-packed Taca de Portugal semi-final first leg at the Braga Municipal Stadium, Braga defender David Carmo suffered a horrific ankle injury which required the emergency services to attend to the player on the field.

With the hosts 1-0 down, Carmo – who was a transfer target for Liverpool and Manchester United – threw himself at the ball to prevent Porto’s Luis Diaz from doubling the visitors’ lead. 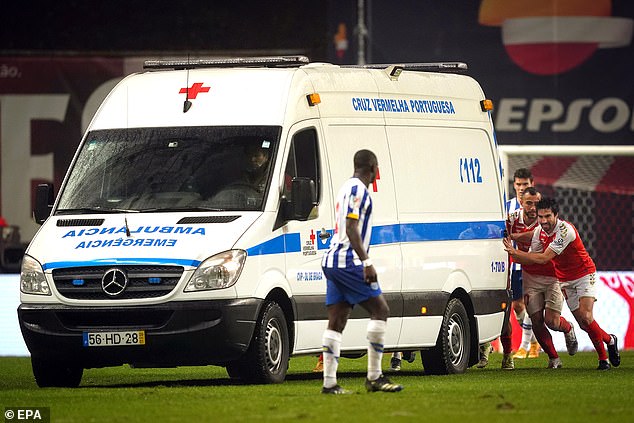 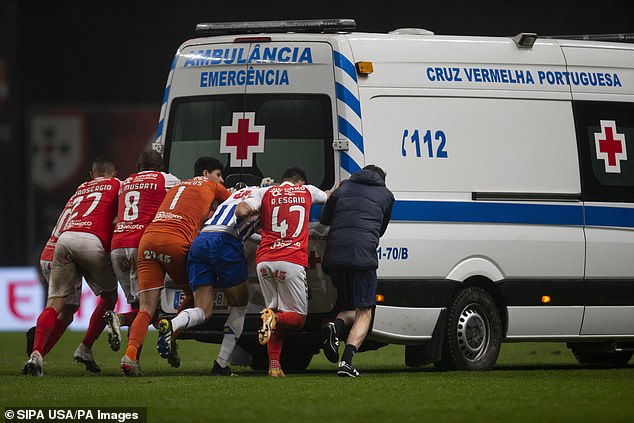 However, after making the lunging dive, both sets of players frantically waved to the sidelines to get help for the 21-year-old immediately as he clutched his ankle.

After a VAR intervention, Diaz was sent off for his high challenge on Carmo as the ambulance made it’s way onto the pitch to tend to the stricken Braga defender.

After being loaded onto a stretcher and placed inside the emergency vehicle, the ambulance failed to start again, leaving the driver red-faced while requiring a push off the field so the game could get started again.

With the ambulance stranded, both sets of players provided a helping hand and helped give the large vehicle a push-start before the engines kicked back in again. 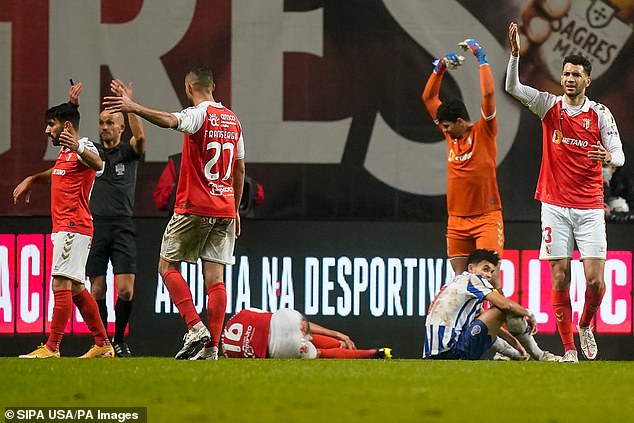 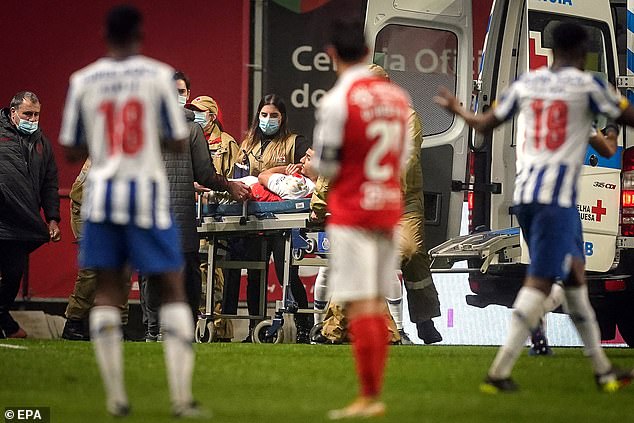 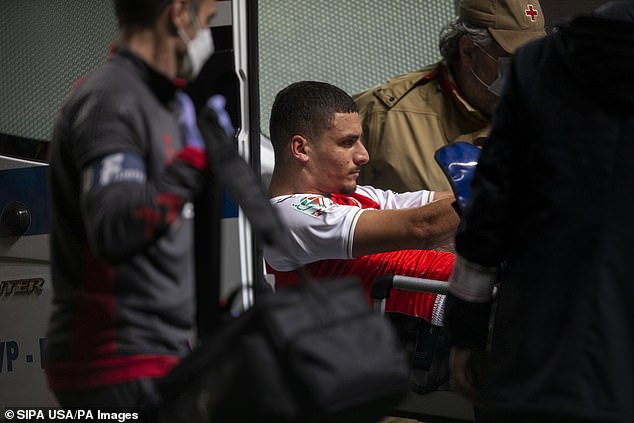 As a result of Carmo’s injury, the match official added on 12 minutes of injury time on at the final whistle, with Porto looking to keep ahold of their lead with just 10 men.

It didn’t take long for the visitors to be reduced to nine after Mateus Uribe was sent off for his own horrific tackle during that time before Braga got their equaliser deep into stoppage time with Fransergio Barbosa popping up with a goal in the 12th minute of added on time.

It remains to be seen what exactly is the extent of Carmo’s injury but it appears ver likely that he will not return for the second leg on March 3.