Harvey Elliott has hailed the influence of Mohamed Salah on his Liverpool career so far, claiming that he has the perfect role model in the Egyptian. Salah is in his third season at Anfield now and has already won two Premier League golden boots and the Champions League.

For a teenager like Elliott, Salah is the perfect player to look up to when on the training pitch.

As a childhood Liverpool fan, Elliott has been watching the performances of Salah closely even during his time at Fulham.

Now he has the chance to interact with the former Chelsea and Roma man behind the scenes at Melwood, something that Elliott isn’t taking for granted. 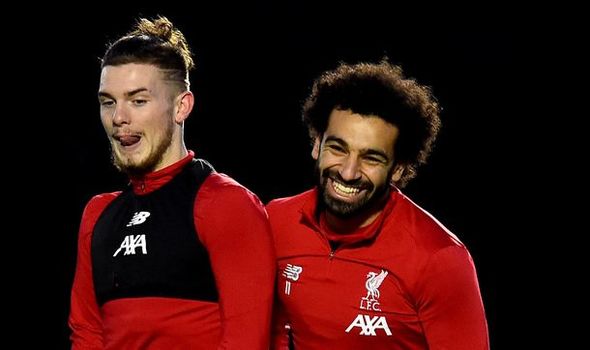 “Just because of his style of play and who he is on and off the pitch.

“Myself, looking at him in my position, I idolise him a lot.”

Salah has even been helping Elliott behind the scenes, by pushing him to be the best he can possibly be.

“To be going up against him in training, I learn a lot of things from him,” Elliott added.

“Even in the gym as well, he is telling me to do a higher weight, push myself even more.

“To have him in the club and around us young players, he is a really big influence.”

Elliott was signed from Fulham last summer, having made his Premier League debut for the Cottagers at just 16.

He was only 15 when he made his senior debut and was handed his first Premier League appearance for Liverpool against Sheffield United in January.

Before that, he was handed a handful of chances to impress in the League Cup and FA Cup, something he grasped with both hands. 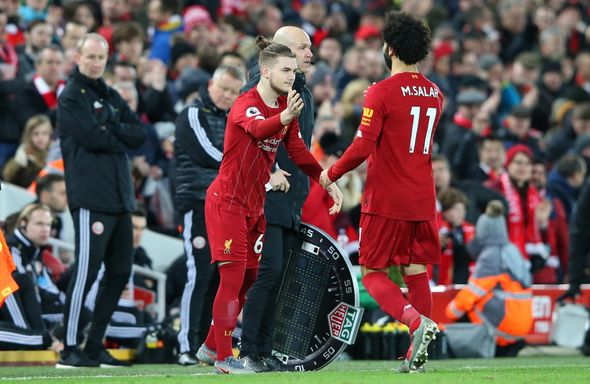 Klopp was left impressed by his application and maturity in October as the Reds edged Arsenal on penalties after a 5-5 draw in the Carabao Cup.

“It’s easy to be convinced about him when you see him training,” Klopp said of Elliott.

“He is an exceptional talent, absolutely, and he’s a nice kid as well.

“To see him, how he encouraged the crowd around the corners… I had a couple of moments where I was really touched tonight, to be honest. So for a few moments, that’s really cool.

“And when I was already in the dressing room and I saw on the TV screen that he’s still doing his lap of honour and giving pretty much everything away, that’s too nice.”