Manchester United and Tottenham have been dealt a blow in their pursuit of Noni Madueke after the 19-year-old put pen to paper on a four-year deal with PSV Eindhoven.

The talented winger has been on the radar of a host of English clubs, including United, Spurs and Leicester, having starred in Holland after leaving the North London club three years ago.

The Englishman has already scored six goals in nine games for the Dutch outfit in front of scouts sent by the trio of clubs as well as Bayern Munich, Juventus, Roma and Atalanta. 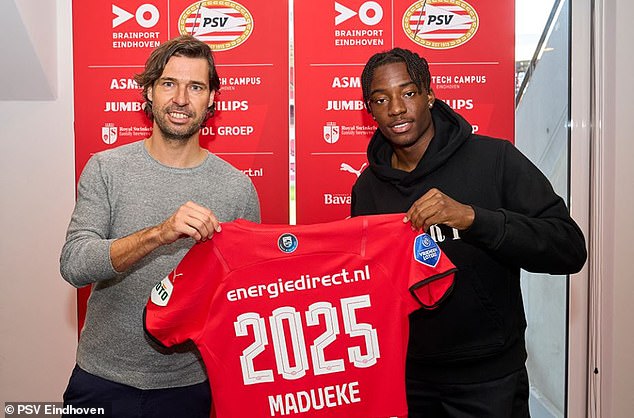 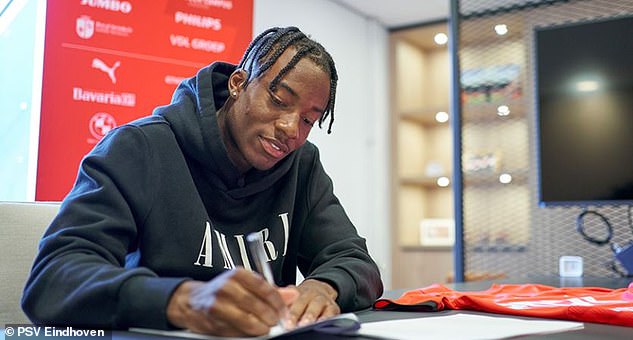 However, Madueke had opted to stay put in Holland and has extended his contract at the Philips Stadion until 2025.

‘Ever since I’ve been here, I’ve noticed from everything that this is the best place to develop,’ the youngster told the club’s official website.

‘I therefore did not hesitate for a moment to stay here longer. I have felt at home at PSV from day one.

‘We are going to make it a great time together in Eindhoven, with wonderful football evenings.’ 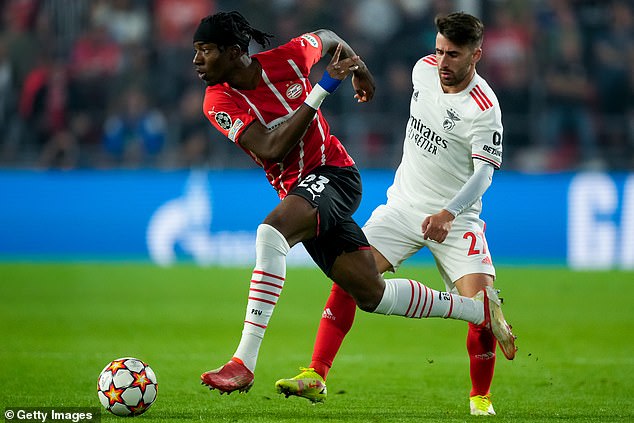 The 19-year-old has been strongly linked with moves to Man United, Spurs and Leicester City 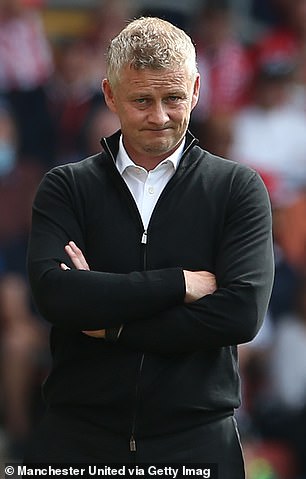 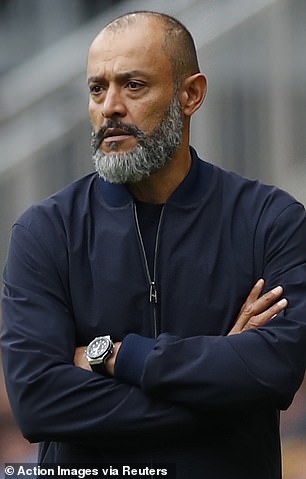 United have already landed a winger this summer in Jadon Sancho, although the £73million man has been limited to substitute appearances in the club’s opening two Premier League games this season.

Meanwhile, Spurs have been heavily linked with a swoop for Wolves winger Adama Traore.

The North Londoners are rumoured to have made a loan bid for the Spaniard but the Molinuex outfit are understood to be demanding a club-record fee for their star winger, which would be greater than the £45m Liverpool paid for Diogo Jota.