QPR’s Ilias Chair: ‘Pressure is what my family went through. Playing football is a blessing’

When Ilias Chair took the knee in front of Millwall’s supporters in December, in the same week Derby’s players were booed for their own display of solidarity, what felt like a thousand snapshots flashed through his mind. “It was just emotion,” says the Queens Park Rangers midfielder, the pain and exasperation creasing his skin. “For me, as a Moroccan, for what I’ve experienced as well.”

For Chair, one memory stood out above all, because nothing leaves a scar so deep as a six-year-old’s first realisation. “My dad would drop me at training and at games, but I wouldn’t play and the manager would have no explanation,” he remembers. “Afterwards, when I came out of the changing room, I’d see all the parents having beers with the manager while my dad was sitting alone having coffee. I’ve always had that image in my head and it’s never gone away. Why? What was the meaning behind that?”

To understand Chair, QPR’s slight but outstanding playmaker, you quickly realise that football itself, which he loves with a consuming passion, is not actually what drives him at all. In the space of five months, the club have sold their two best players, Eberechi Eze and Bright Osayi-Samuel, and Chair is now the talisman charged with illuminating the shadows left behind. For any ordinary 23-year-old, particularly as gravity has hauled QPR towards the relegation zone, that load might have been too great to bear. “No, I don’t think you can really call that pressure,” he says. “I’m just doing what I love. That’s a blessing.”

So, what is pressure? Chair pauses for a moment, taking a few seconds to collect his thoughts. “That’s an emotional question,” he says.

There is a side to Chair, as he’s developed from an unsigned 18-year-old into one of the Championship’s most gifted midfielders, that he’s largely hidden from public view. A part from which he derives all his motivation, a period of intense grief, discrimination, and financial difficulty. Chair’s childhood in Antwerp is the source of sorrow and defiance. Those, he says, are the images that will always be at the forefront of his mind. 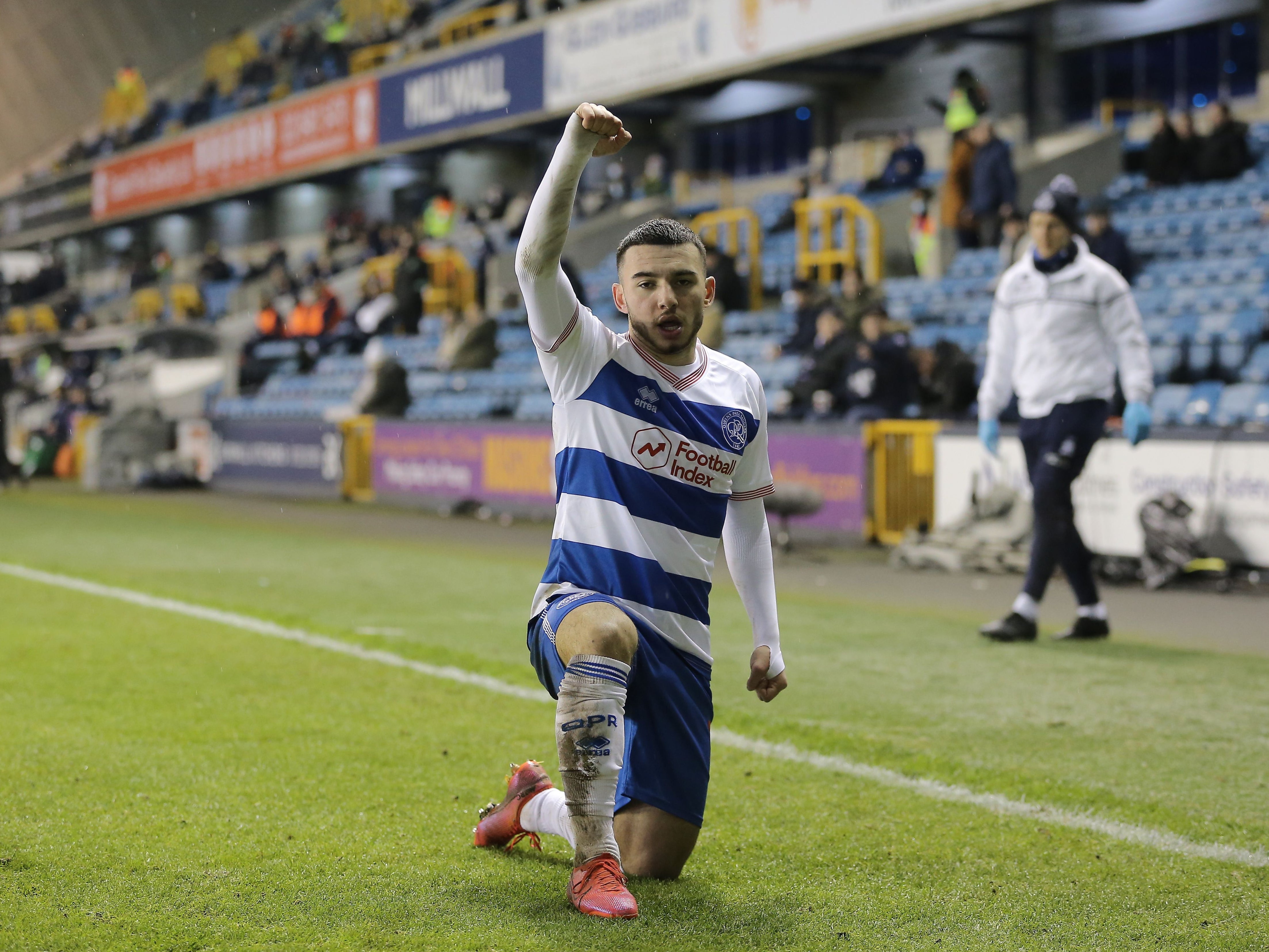 Ilias Chair takes the knee in front of Millwall’s supporters

“Before football ever became serious, I lost a brother that was one-and-a-half years old,” he says. “I can only imagine what my mum and dad went through. I was nine and I couldn’t properly understand. A year later, my mum was pregnant again with twins. It was a very difficult time for us. My parents provided everything they could, and it wasn’t until I was older that I realised what they meant when they’d say they’d given blood, sweat and tears to buy me new trainers… Pressure? Pressure is what my mum and dad went through just to put food in me and my brothers’ mouths. I owe them everything. That’s the only reason I keep fighting every day. I want to give my mum, dad, and brothers a life that I never had. That’s it.”

When Chair began playing football, a career was the furthest thing from his mind. The concrete five-a-side pitch little more than 100 yards from his home, where children would wait up to two hours for their turn, was a vehicle for joy and escape. “I’d come home with blood on my knees but always a smile on my face,” he says. “I felt so free. When you enjoy doing something so much, you don’t see it as a job. You just let go of everything.

“In Antwerp, there was a lot of crime. I could have easily taken a different route. People from my school, I wouldn’t call them friends anymore, but people I knew, some are in jail, some don’t even exist anymore. That’s just the reality of it,” he says. “My love of football is what kept me out of that environment.”

Prejudice in the area, though, did not differentiate. “It’s so painful when you go into a store and people look at you differently,” he says. “One day, I was sitting on the bus and a woman next to me took her bag and put it on the other side. Those are the sort of things, they don’t say they’re racist, but it’s the acts they do. They made me feel like I’m small.”

Despite all Chair’s success on the pitch, those aspects of life have not changed so dramatically. Neither has the sense of freedom football brings. It’s immediately evident in his style of play, a slippery technician standing at just 5’3”, always relying on the sharpness of wit over strength. But, in keeping with his rise, that was once another hill that threatened to prove insurmountable.  After being released by Lierse, Chair’s height often overshadowed his ability and, while he impressed on a week’s trial at Fulham in 2017, three months later he was still left searching for a club.

“I never thought about quitting but I knew the chances of making it as a professional were tight,” he says. “I saw the best players my age getting sold for £50m and I hadn’t even played a first-team game. Football is my joy. I’d never have given up. It didn’t matter whether I earned money or not, if it was Sunday League or Champions League. But I knew if someone gave me that chance, I’d produce the goods. I went on trial at QPR and after three days they signed me on the spot. They didn’t care about my height or my age. They took the chance on me. But even if QPR had said no, I would’ve grinded through. It’s a never give up mentality.”

That state of mind has been tested rigorously ever since. After making his debut for QPR, then-manager Ian Holloway refused to play Chair after the club lost the first games he’d featured in. “He came to me and said I was unlucky… I just thought why are you blaming it on me?” Then, in 2019, Chair was sent on loan to Stevenage.

“I’m a prideful guy. When someone said to go and play in League Two, I thought you must be crazy,” he says. “But that club will always have a place in my heart for the kickstart they gave my career. From day one, I loved it. The way they fight. You don’t see that often. The players know they need to give everything, one win might give them an extra £250 bonus for their families.” It was a sense of jeopardy Chair could thrive under better than most. When his loan ended, Stevenage’s head coach, Dino Maamria, hailed him as the best player League Two had ever seen.

“I want to say the rest is history, but we’re still here,” he says a year-and-a-half on, breaking into laughter after what has been a moving hour. QPR are a resurgent force now, winning four of their last five games, a run in which Chair has been integral, and yet somehow that all feels trivial now.

Taking the knee against Millwall brought Chair’s life back to the beginning, but more pertinently it was a symbol for everything he’s stood up against and overcome ever since. “As a footballer, you can be doing well, people can be raving about you, but there are some things they will never see [in the background],” he says. “I’m grateful for the life I’ve had. Without it, I wouldn’t have made it so far.”