Raheem Sterling sends coronavirus care packages to elderly residents in Maverley in Jamaica, the town where he was born and raised before moving to England as a child

Manchester City star Raheem Sterling has sent care packages to elderly residents in the town in Jamaica where he grew up.

Eighty-year-old Florence Campbell was pictured in the Jamaica Observer receiving a care package on Monday amid the COVID-19 outbreak.

Campbell was among a number of residents of Maverley, the area in St Andrew where Sterling was born and raised, who received care packages from the winger who regularly donates to the community. 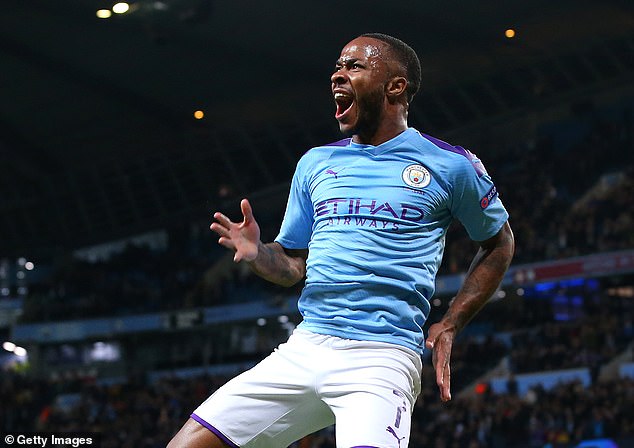 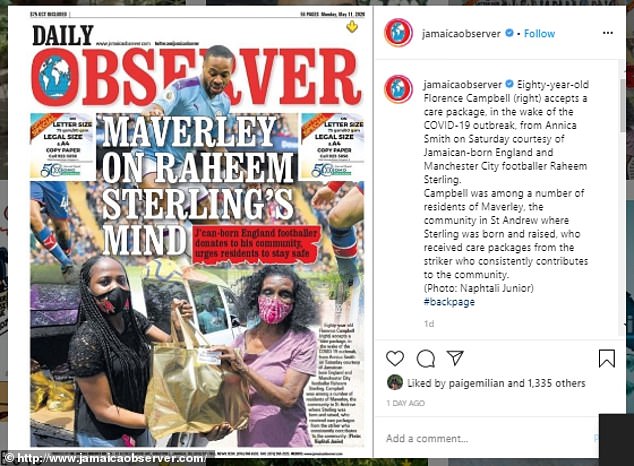 The 25-year-old also sent a message urging the residents to stay safe.

Sterling still has close ties with the island and owns a £1million mansion in KIngston.

But his opulent residence is a far-cry from the humble surroundings of his childhood home in St Andrew.

The bungalow where he was raised by his grandmother, now has a partially constructed second floor with no windows on the top floor. 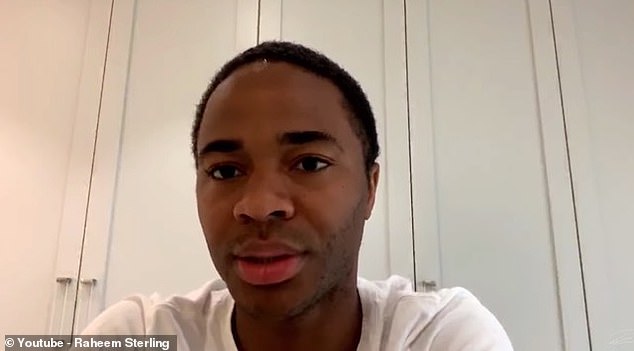 The star lived in the three-bedroom home with up to eight relatives at a time, until reaching the age of five and moving with his mother to London after his father, Phillip Slayter, was shot and killed in 1996.

Sterling has also expressed concerns about the safety of the Premier League season resuming – admitting he has contemplated what the ‘worst outcome could be’.

Action will not return until June 1 at the earliest following latest government measures but Sterling added that unless the safety of players, staff and officials can be guaranteed, he is not comfortable to play.

Speaking in his YouTube discussion ‘Life in Lockdown’, the Manchester City and England winger believes any return cannot be solely ‘for football reasons’.

‘The moment we do go back it just needs to be a moment where it’s not just for footballing reasons, it’s safe for not just us footballers but the whole medical staff, referees,’ the 25-year-old said.

‘I don’t know how that’s going to work, but I feel like once that side of the people’s safety and the players’ safety is secured and their wellbeing is looked after then that’s the right time to go back in.

‘Until then, I’m… how can I say… not scared but reserved and thinking what the worst outcome could be.

‘At the same time I’m looking forward to it and I really want to get back but hopefully it will all be well when we do get back.’