The arrival of Giovanni van Bronckhorst has had much the same impact on Rangers as a booster jag. Now unbeaten in their last nine games, the Ibrox team have built up a stubborn resistance to damaging outside forces.

In the last four days Scotland’s champions and their Celtic title rivals have tested themselves against Jim Goodwin’s St Mirren. The contrasting in their fortunes might explain why the Glasgow neighbours are streets apart on the decision to bring the winter break forward by a week.

An injury ravaged Celtic dropped two points against a weakened Saints side, ran into more problems with coronavirus and finished up limping towards a three week hiatus grateful to hit the reset button. 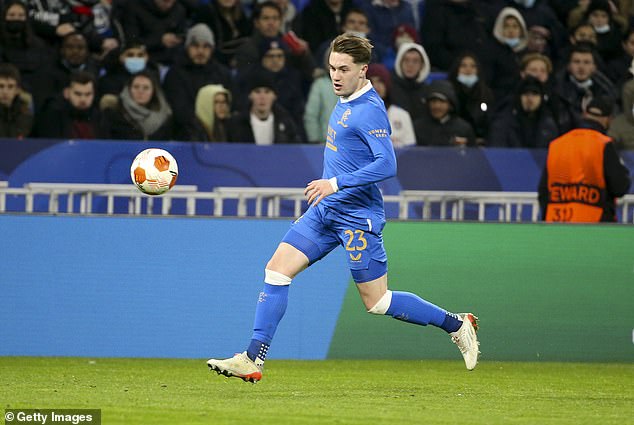 In contrast a Rangers team brimming with energy and restless desire swatted the Paisley side aside with ruthless, effortless ease. The only mild gripe was the failure to score the goals their superiority deserved.

Where covid-19 continues to take a wrecking ball to dressing rooms the length of Britain, Ibrox seems almost immune to its worst effects. And, while the transmission rate of omicron makes complacency a dangerous game there can be no question the Ibrox would rather have played the away games at Pittodrie and Parkhead as scheduled. On the current form the games can’t come often enough.

Since the arrival of Van Bronckhurst the champions have slipped into a new gear. Under the Dutchman the lax defending has stopped, Alfredo Morelos and Joe Arbibo have found a new lease of life and the laboured displays have been replaced by comfortable victories. Fans or no fans, Rangers would rather play on and, even on bitterly cold mid-winter days like this, you can see why.

Organised and defiant against Celtic in midweek Jim Goodwin had no need to field teenagers Dylan Reid or Kieran Offord from the start this time. Some of the experienced first team players who returned to the fray in their place must have wished he had. St Mirren have now gone eleven games without a Premiership win and, barely able to muster an incursion over the halfway line, this was a grim fight for survival at times.

Scott Wright’s fourth goal of the season after 14 minutes rendered the final result a foregone conclusion. Against a packed, compact defence the breakthrough goal is usually the hardest to come by and the only question thereafter was how many? 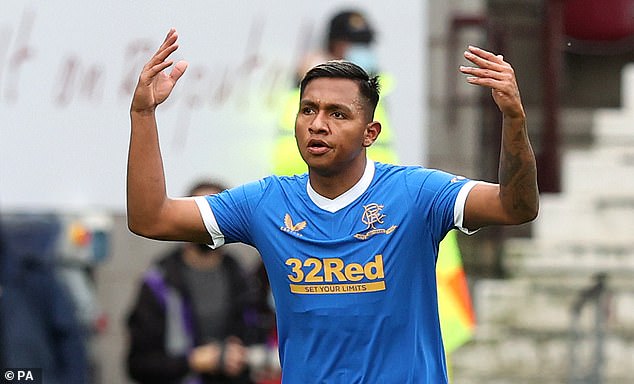 Accused of failing to score enough goals by Steven Gerrard, Alfredo Morelos added the second an has now claimed six in eight games since the former England captain left for Aston Villa. On this form Morelos can look unplayable as a St Mirren side happy just to keep the score down will testify.

Rangers were at it right from the off. They began this game three behind Celtic in the goal difference stakes and as they blew a raft of chances to enhance the scoreline the only mild regret is the failure to take them. Kudos to St Mirren on one score; dragged all over the pitch they hung in ther1`

A brave block from Joe Shaughnessy denied the Colombian an opener after Ryan Kent drove into the area after three minutes, a fizzing header then thumping a Joe Aribo cross over the bar minutes later.

Where a Celtic team with no natural striker never looked like breaking Saints down Rangers played with the verve and confidence of a team who knew the goal was coming.

The deadlock was broken after 14 minutes. James Tavernier’s corner was guided towards the back post by the dangerous Aribo where Scott Wright got enough on his downward effort to nudge it past Jak Alnwick despite desperate St Mirren attempts to scramble the ball clear. Morelos rattled the loose ball into the net just incase. It was in anyway.

You could count the instances of attacking menace from St Mirren on one finger. After 23 minutes the visitors lodged half an appeal for a red card for the denial of a scoring opportunity against Connor Goldson when the Rangers defender wiped our Curtis Main on the edge of the area as the striker latched on to a promising through ball. Jamie McGrath blasted the free-kick into the defensive wall. 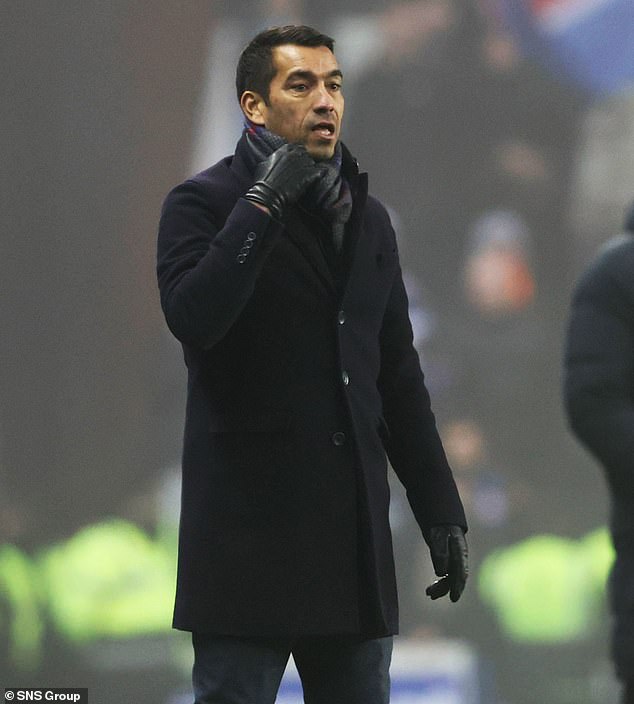 Rangers doubled their lead after 26 minutes, Morelos deserving of his goal for sheer, stubborn persistence.

Borna Barisic whipped in a wicked cross from the left a bullet header from the striker brilliantly pushed out by Alnwick. As the keeper lay helpless on the deck Morelos had all the time in the world to lash the loose ball high into the net with some relish.

If there’s a regret for Rangers this morning it’s the lack of more goals. They had the chances to put some further daylight between themselves and Celtic.

Before half-time a Morelos thumping strike from 20 yards was brillantly parried acrobatically by Alnwick as St Mirren clung on for dear life. That was the story of a day when the Rangers centre forward could have scored three or four.

Scott Wright was inches away from the third when he controlled a low Tavernier cross and dragged a low shot across the face of goal and onto the base of the post. Borna Barisic blazed the loose ball over the bar and the 500 Rangers supporters allowed into Ibrox groaned.

The only respite St Mirren had all game came when Ethan Erhahon got away with a yellow card for catching James Tavernier with his studs in a dangerous challenged. Whatever pain Tavernier felt was short-lived, the skipper’s thumping half volley turned round the post by Alnwick.

No support to speak of, a game played like a training exercise, a clean sheet and a commanding three points to maintain the gap on Celtic. For Rangers this almost felt like the heady days of last season.