Steven Gerrard has spoken out on speculation that he could one day succeed Jurgen Klopp as Liverpool manager. Gerrard has led Rangers to a commanding position at the top of the Scottish Premiership, fuelling calls for him to one day manage the club he represented as a player for 17 years.

Klopp last year signed a new deal committing him to Liverpool until 2024.

The 53-year-old has already ensured his place in Anfield folklore, having ended the Reds’ Premier League title drought a year after leading the club to Champions league glory.

But the day must come when Klopp vacates the Liverpool hotseat, and the German has been touted as a future manager of his home country’s national team.

Reds legend Gerrard looks set to be one of the names linked with the job when it eventually becomes available, having so far thrived in his first managerial role. 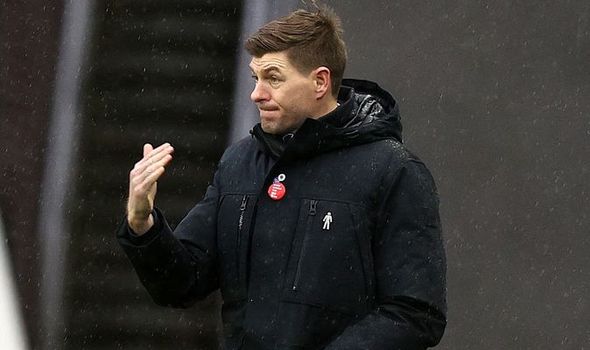 But the European Cup-winning former midfielder knows he will face tough competition if he wants to become Liverpool manager.

“I get asked this question a lot and, for me, what will be will be,” Gerrard told The Athletic.

“Would I love to be the coach of Liverpool one day? Is it a dream? Of course. It’s a club that means everything to me but we’ve one of, if not the best, managers in the world who has been absolutely incredible since he came through the door.

“And the success he’s delivered in the last couple of years means that Liverpool are in a fantastic place. Long may that continue.”

Former Liverpool skipper Gerrard won two FA Cups, three League Cups, the UEFA Cup and UEFA Super Cup with Liverpool – as well as the famous Champions League triumph of 2005 when he helped inspire his side’s comeback from 3-0 down against AC Milan.

And he said the club is still a big part of his life.

“The club have been absolutely amazing with me throughout my playing career, I still watch all of the games, my relationships are still very strong, I’ve still got ex-team-mates playing in the team and that’s where it is,” said Gerrard.

“There’s nothing else to really discuss on it.”

Gerrard led Rangers to a 1-0 win over Hibernian on Boxing Day, extending their lead at the top of the Scottish Premiership to 19 points ahead of Celtic’s trip to face Hamilton Academical later in the day.