Marcus Rashford has admitted that passing Eric Cantona’s goals total for Manchester United is a ‘special moment’ as he follows in the footsteps of the legendary striker.

United marksman Rashford scored in the first half as the hosts hammered Southampton 9-0 on the Old Trafford turf where Cantona once strutted, putting him beyond the icon’s tally of 82 goals for the club.

Revealing his joy on Twitter, Rashford said: ‘Special moment for me as a boyhood United fan, passing King Eric’s record. Loved it out there tonight – great team performance.’ 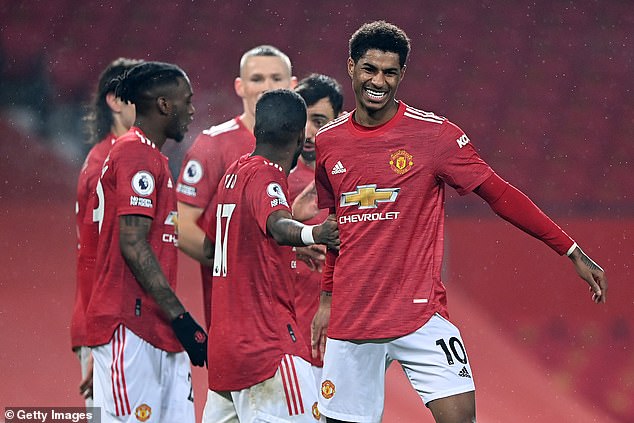 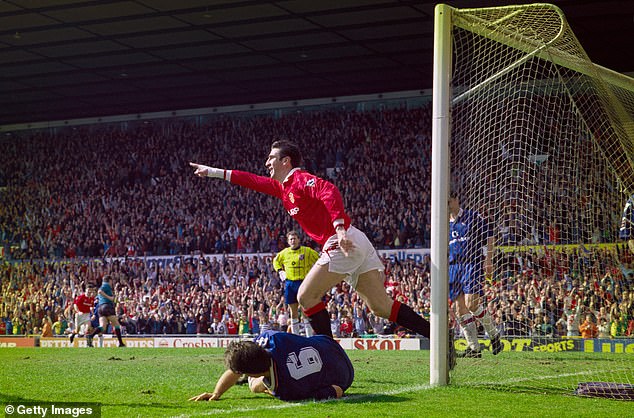 Rashford is now chasing an illustrious list of hotshots from United’s hall of fame, headed by Wayne Rooney, who scored 253 times for the club, and Ryan Giggs, who netted 160 goals for them.

The England forward is about to overtake one of Cantona’s teammates, David Beckham, who has two more goals for United than him.

Discussing Cantona, Rashford told BT Sport: ‘He’s obviously a top player that did a lot for this club so I’m pleased to go past him today. 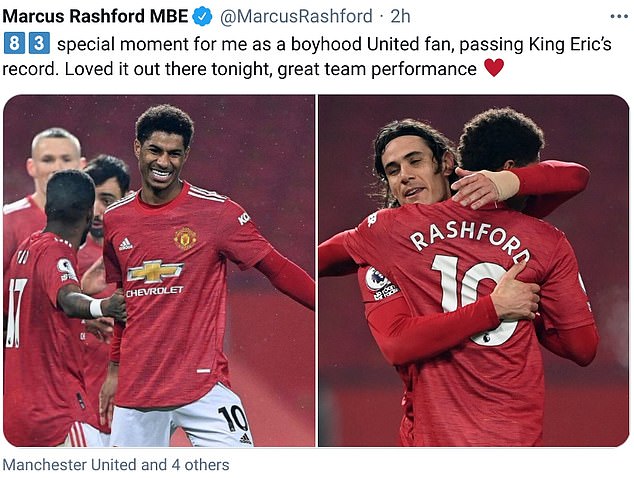 ‘For me, I just want to score more goals and keep helping the team. It’s always good to score lots of goals and we’re happy.

WHO DOES RASHFORD STILL HAVE TO CATCH?

‘It’s three points we have needed. We dropped some points in the last few games and needed to get back to winning ways, which we’ve done.’

France forward Cantona signed for United from Leeds in 1993 – four years before Rashford was born.

Rashford wants to repeat Cantona’s title-winning exploits at the club and was relieved that United showed few signs of complacency against visitors who went down to 10 men after two minutes.

He explained: ‘We just needed to be as simple as possible, keep moving, be positive.

‘It’s easy to take your foot off the gas but we didn’t want to do that.

‘We went out in the second half the same as the first.

‘The first half set the tone for us but it’s about keeping a positive attitude and scoring goals.

‘We have to not look at them and we focus on ourselves.

‘I think we’re just getting there now and we’re still learning as a group.’ 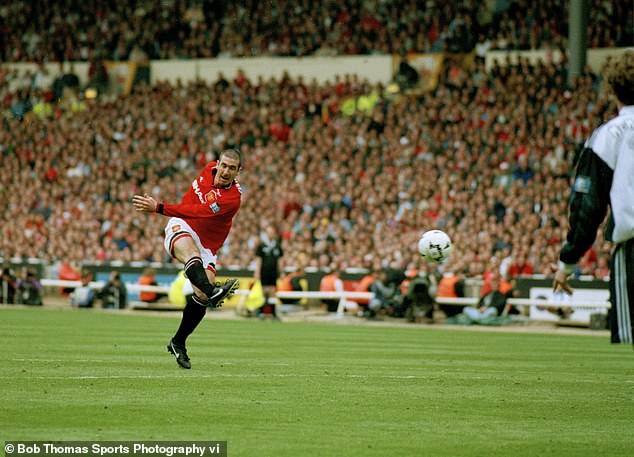