Declan Rice hails the ‘best West Ham team I’ve ever been a part of’ with Jesse Lingard lighting up the dressing room, Tomas Soucek’s crazy running stats and banter ever day

Victory took West Ham into the top four and while Lingard has made a lightning fast start to life in east London, it has come as no surprise to Rice.

‘I knew this when I played with him at England, he’s a top, top player,’ Rice told talkSPORT. 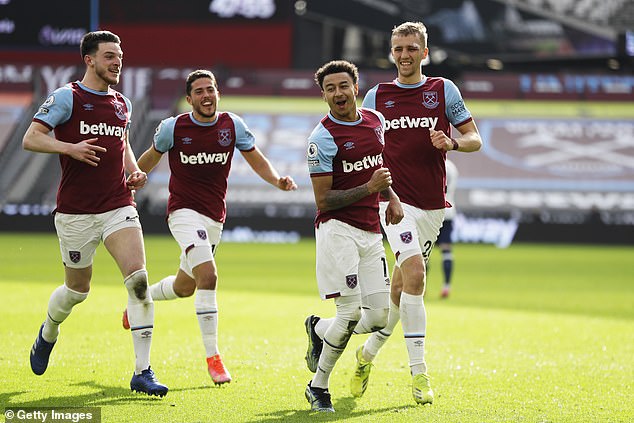 ‘When you give him the ball on the pitch you know he’ll do something with it. He’s also got a great personality and the lads have taken to him really well. Hopefully he’s still here next season!’

Lingard’s pied piper celebration got its first outing in West Ham colours on Sunday against Tottenham and Rice explained how the plan was hatched to get in on the act moments before leaving the dressing room.

‘We were in training on Friday and playing a game called ‘the D’, where the keeper plays the ball out to the D on the edge of the box and you’ve got two touches before trying to score,’ Rice explained. 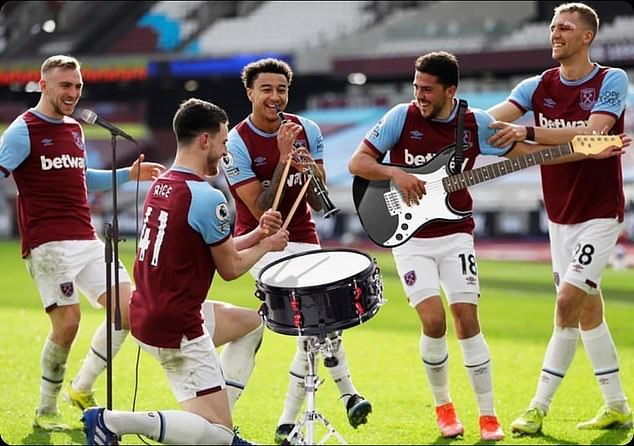 ‘Pablo [Fornals] kept scoring and obviously Jesse was there, and Pablo kept doing the celebration Jesse has done in the past [his piper dance] and everybody was having a bit of a laugh and banter.

‘Before the game yesterday Pablo was like, “right, if we score today Jesse you do that, I’ll be on the guitar”, and I said I wanted to be on the drums! Literally it was just made up before the game, we just had a little giggle about it, and luckily enough Jesse scored and it call came off’

Rice has been a model of consistency in West Ham’s ascent up the table but he conceded it is likely his midfield team-mate Tomas Soucek who will end up being crowned Hammer of the Year for 2020-21.

The Czech Republic international has been one of the most in-form players in the Premier League, scoring eight goals from a deep midfield role this term.

‘He’s so good,’ Rice mused. ‘I played against him for England with Czech Republic but now to have him next to me, it’s great. 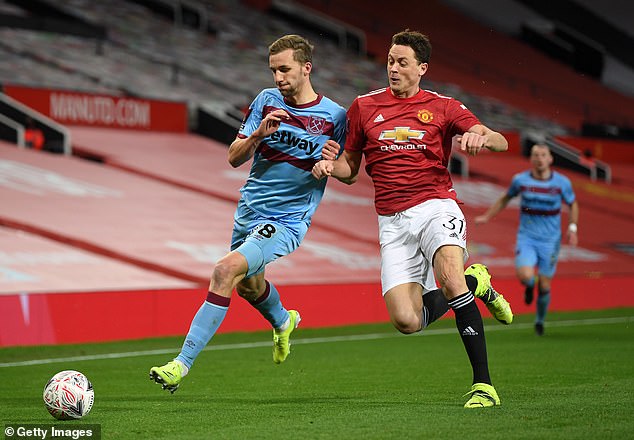 ‘He does everything you want a midfielder to do. Even away at Man United in the FA Cup, two days later we came in and saw he’d ran 17km in the game. All the lads were like ‘that’s not normal, Tom!’.’

While his boss David Moyes was keen to downplay going into the top four, claiming that only ‘half the job is done’, Rice admitted Champions League is something he is thinking about.

‘I’d be wrong to say it’s not something I’m thinking about. It’s a massive club and deserves to be back where it belongs,’ he said.

Victory over Tottenham took them two points clear of Chelsea, who sit fifth, after 25 games and Rice believes their form is testament to the ‘unity’ Moyes has forged in the dressing room. 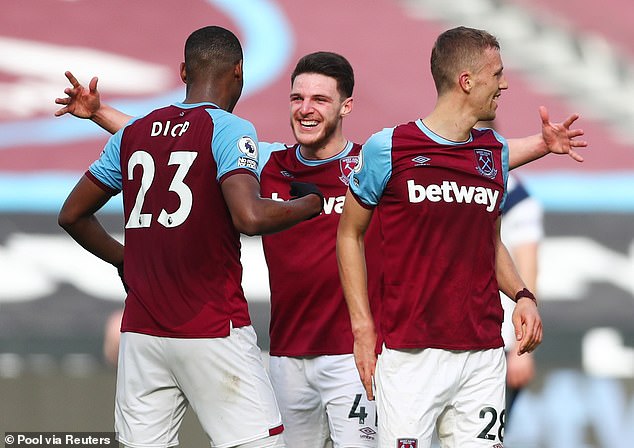 He added: ‘Honestly, I can say first hand this is the best West Ham team I’ve been a part of in the four years I’ve been in the team.

‘There’s a unity, the love the lads have for each other, the banter on a daily basis and the mentality has changed completely.

‘We don’t fear anybody. Maybe West Ham of last season would have caved in in that second half (against Tottenham) and conceded goals. Long may that continue for us.’