Liverpool are right back in the title race after their impressive return to winning ways against Tottenham, according to Rio Ferdinand and Peter Crouch.

The Reds had been on a dreadful run without a win in the Premier League since December 19 but stopped the rot in fine style with a 3-1 victory in north London.

The champions are now four points behind leaders Manchester City, who have one game in hand. 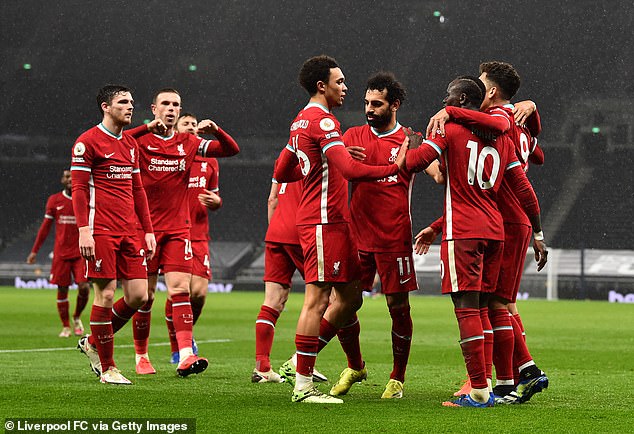 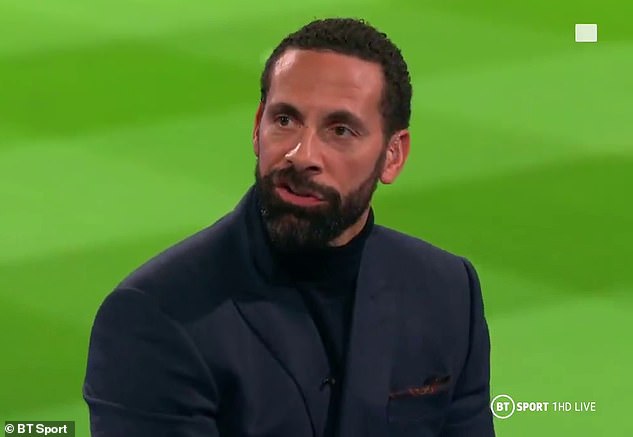 And after Jurgen Klopp’s side cruised to the win, Rio Ferdinand said on BT Sport: ‘Liverpool needed this result and questions were asked if their season was over.

‘They’ve answered that tonight and they punished this Spurs team. When you’ve got a strike force like this, these guys are seasoned at being up the top of the league.

‘They’ve got main cogs missing but when you got these forwards, you’re always going to be in with a chance.’

And Crouch added that even the recent slump in form over a month has not persuaded him that the champions are down and out.

He added: ‘They certainly did (react) and Liverpool were back in the groove. Some fantastic performances from Liverpool there.

‘I believed they were title contenders when they were going through this bad spell. I still think they’re in the title hunt.’

Liverpool suffered a blow before the game with Fabinho ruled out due to a minor muscle injury but a more severe setback in the match itself.

Injury-prone Joel Matip suffered what Klopp described as a serious ankle injury, thought to be to his ligaments, that could rule him out for the rest of the season.

That would mean the Reds have no fit senior central defender and are running out of time to sign reinforcements with the end of the transfer window fast approaching.

The title chase that Ferdinand and Crouch predict could well depend on the business Liverpool manage to conduct in the next few days. 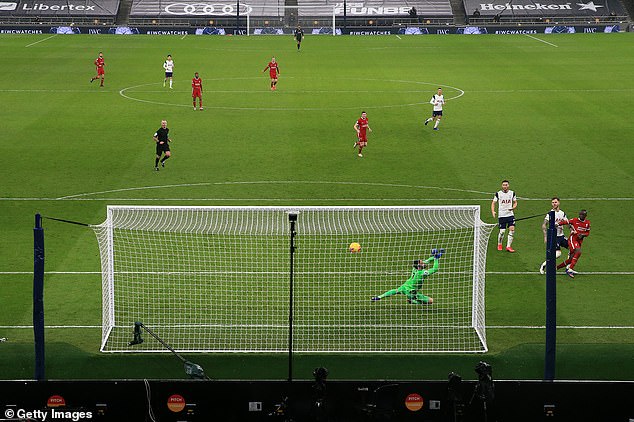