Rodriguez reveals Benitez was furious with him after joining Liverpool

‘You are a son of a b****’: Former Liverpool winger Maxi Rodriguez reveals Rafa Benitez was furious that he LIED to the Reds boss after promising he could speak English in bid to seal Anfield move

Maxi Rodriguez has revealed how he lied about speaking English to Rafa Benitez to seal a move to Liverpool back in 2010.

Rodriguez moved to Anfield from La Liga outfit Atletico Madrid 10 years ago on a free transfer after establishing himself with the Argentina national team.

However, Rodriguez has revealed the very sneaky way he secured his dream Liverpool move – telling the then-Reds manager that he could speak English when he actually couldn’t. 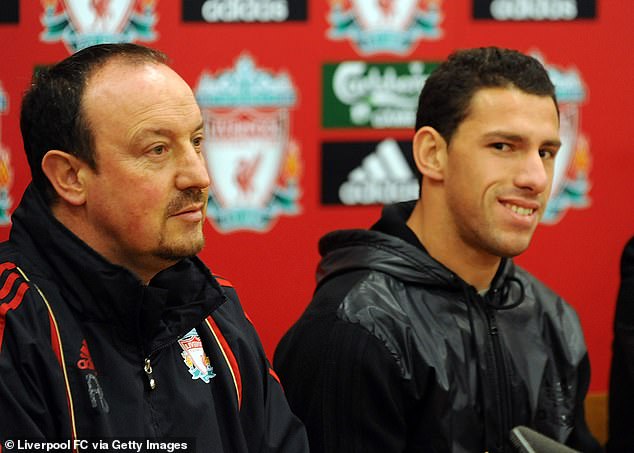 Benitez didn’t find out that Rodriguez was lying until just moments before his unveiling press conference, which led to the Spanish manager calling the winger ‘a son of a b****.’

‘I was very happy at Atletico because I was the captain and I knew the city, but I was always crazy about English football,’ Rodriguez told former team-mate Juan Pablo Sorin on Instagram live.

‘Rafa told me that it was very important that everyone spoke English in the changing room. He asked me if I could and I said “yes” to be calm. Of course, I didn’t want the transfer to collapse! 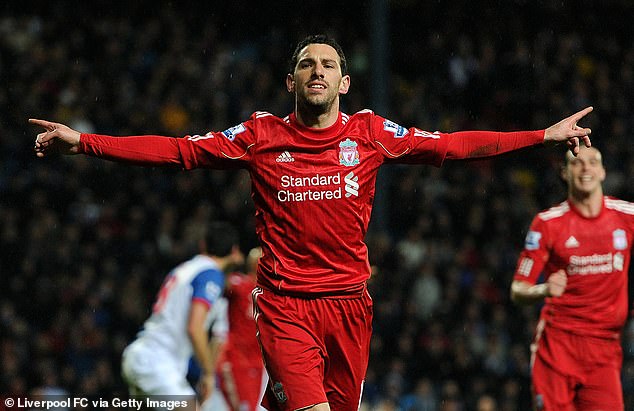 ‘We arrived in England and I had the press conference. He [Benitez] said he would start and then I would follow.

‘It was then that I grabbed him and told him, “Look Rafa, I need to confess: I don’t speak English. The only thing I can say is hello.”

The Argentine would go on to score 17 goals in 73 appearances for Liverpool between the years of 2010 to 2012, winning one League Cup.