Roma star Nicolo Zaniolo has been dealt another huge injury blow as he has suffered a second anterior cruciate ligament injury in less than a year.

Zaniolo managed to limp himself off the pitch during Italy’s Nations League victory against Holland after he was on the wrong end of a collision with Manchester United new boy Donny van de Beek.

The 21-year-old attacker had only recently made his comeback from an ACL injury in January and is now set for even more time on the sidelines after this second blow. 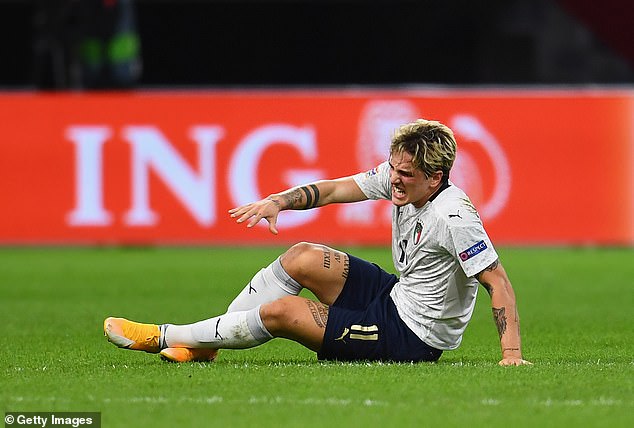 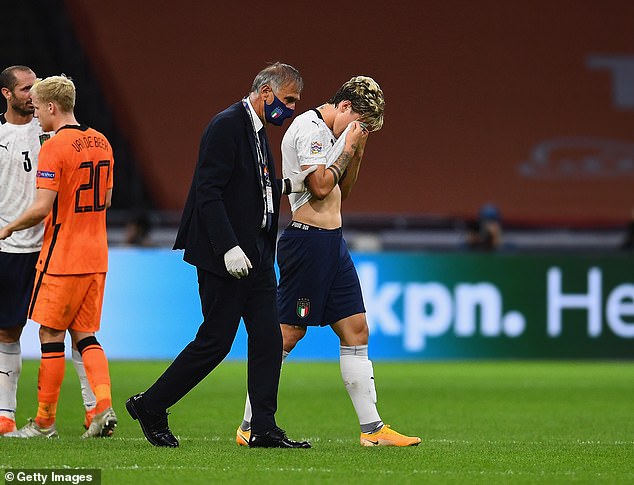 The Italian national team doctor, Andrea Ferretti, explained that Zaniolo has sustained a ‘major’ injury to his left knee – not the right knee that he had surgery on earlier this year.

‘It looks like a major knee sprain,’ Ferretti said to Rai Sport. ‘It’s difficult to draw comparisons with the other knee because that’s already been operated on.

‘It’s a sprain of some importance. He’s coming out of that long rehabilitation process for the other cruciate and he’s obviously worried, as we are, too.’

His club, Roma, confirmed the player’s injury on Twitter and that he is set for another operation this year. 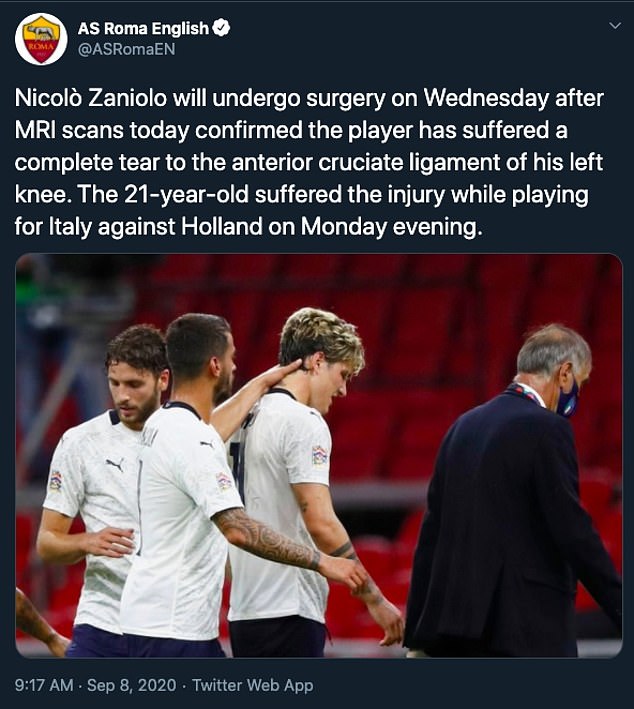 They wrote: ‘Nicolo Zaniolo will undergo surgery on Wednesday after MRI scans today confirmed the player has suffered a complete tear to the anterior cruciate ligament of his left knee.’

The young international will be hoping that this does not become a regular occurence throughout his career as he has already made plenty of good impressions during his time in Serie A. 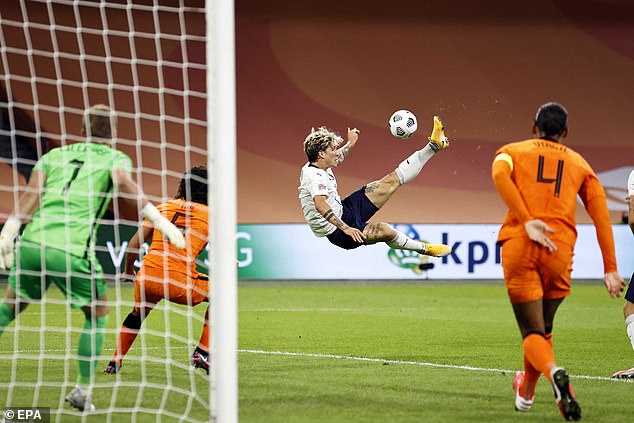 ‘He has the potential not just to win the Golden Shoe in future, but something more,’

‘Kaka didn’t have the same strength as Zaniolo, as he was more technical and expressed himself better in the final third.

‘I am in love with Zaniolo, because he has everything at the highest level: power, quality and pace. There are players out there with a lot of potential, but not like him.’

Italy beat Holland 1-0 thanks to a header from Nicolo Barella in added time during the first half.