Romanian league resolves to finish the season… in Turkey!

Chartered flights, £35 hotel rooms and all at the cost of £1.75m: Romanian league resolves to finish the season amid coronavirus crisis… in Turkey!

Clubs in Romania have resolved to finish the coronavirus-wrecked 2019-20 season, but they’re aiming to play the rest of the games in Turkey.

Like other leagues across Europe, the Romanian Liga 1 was brought to an abrupt halt last month due to the spread of the pandemic.

But a plan has emerged for Steaua Bucharest and the rest to finish the campaign after it was discussed this week in a video conference, according to Romanian website GSP. 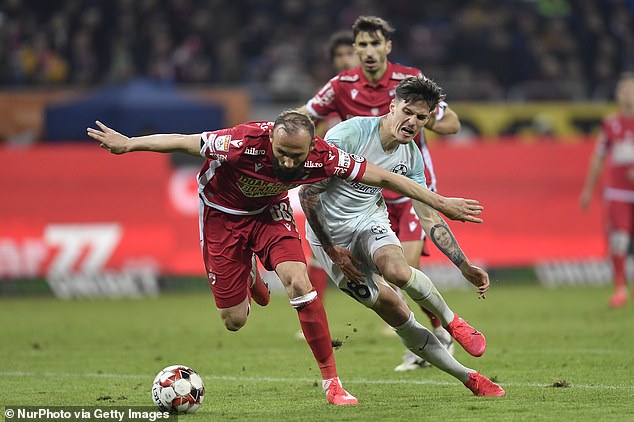 The teams will leave for Turkey on chartered flights in two or three weeks’ time for a period of two months.

Training will be resumed in Antalya for a short pre-season before all the remaining matches are played out.

There are eight games left to play, with Liga 1 having already reached its end-of-season play-off stage.

The matches are slated to start in June and go through until the end of July. 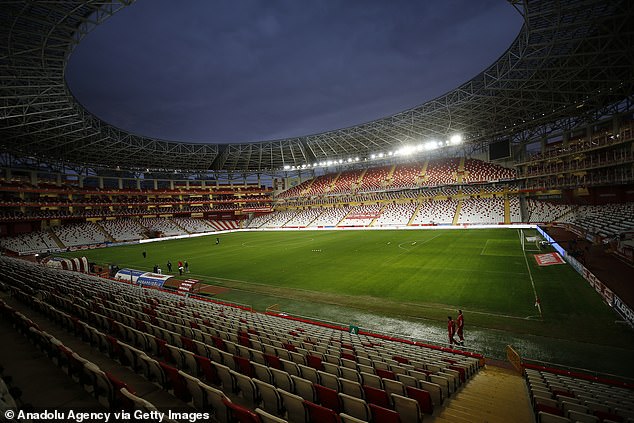 Footballers will be isolated in single rooms in hotels at a cost of £35 per night.

Including the cost of accommodation, transportation and rental of stadiums the entire project could cost £1.75m to finish the season inside 60 days.

Champions Cluj currently top the table and are on course for securing Champions League qualification next season.