Romelu Lukaku started as he means to go on

Romelu Lukaku is Arsenal’s worst nightmare. The Chelsea striker is remarkably strong, quick and intelligent, qualities that are noticeably lacking in Mikel Arteta’s defence. It took the 28-year-old just 14 minutes to impose himself in his side’s victory at the Emirates. The style of his opening goal emphasised all of Lukaku’s attributes and most of Arsenal’s weaknesses.

The £97.5million signing from Inter Milan dropped deep to take a pass from Mateo Kovacic. He held up the ball, seemingly oblivious to the attentions of Pablo Mari, and returned the pass to the Croat. Kovacic found Reece James out wide. By the time the right-back had charged into the area and was ready to cross, Lukaku had turned, shed Mari with comical ease, and was waiting in the six-yard box for the most simple of tap-ins.

Ben White, Arsenal’s £50m summer signing from Brighton and Hove Albion, was absent suffering from illness. Arteta will hope he recovers quickly but the centre back is unlikely to prove an antidote to Lukaku. The Belgian will bully better defenders than White.

The opening goal exposed a series of flaws in Arsenal’s game. Their lack of pressure on opposition ballcarriers allowed Chelsea to pick passes at will. The tactical confusion stretched beyond the centre backs. Kieran Tierney, so often one of Arteta’s better performers, was caught in no-man’s land, allowing James time and space.

The same pattern repeated itself after 35 minutes. Marcos Alonso ranged down the right wing and turned inside looking for Lukaku. The striker dummied the ball, allowing it to run to Mason Mount. The closest Arsenal player to Mount was Granit Xhaka, who had gone to ground trying to tackle Lukaku.

If Mount thought he had the freedom of the Emirates he was surprised to find James had even more room. The England midfielder rolled his pass out wide and James strolled into the area and shot into the opposite corner of the net. Where was Tierney? Ballwatching.

Chelsea had spread the ball across the pitch in a matter of seconds. It was all too easy. Thomas Tuchel’s team switch the point of attack with pace and conviction. If left undisrupted they can rip a side apart quickly.

Arsenal had little pattern to their play but they did produce some positive moments. Emile Smith Rowe was bright and managed a shot from outside the box early in the game but Edouard Mendy scooped up the effort with ease. Bukayo Saka showed flashes and there were loud appeals for a penalty when the 19-year-old came together with James in the box. On other days a spot-kick might have been given.

Saka forced Mendy to tip the ball over the bar with an attempt from distance in the second half but it was a save goalkeepers expect to make. The home side’s best opportunity came when Mari nodded a corner back to Rob Holding but the Englishman headed over the bar from six yards. Gabriel Martinelli was left isolated up front and it was not until Pierre-Emerick Aubameyang was introduced just after the hour that Arsenal showed any verve going forward. 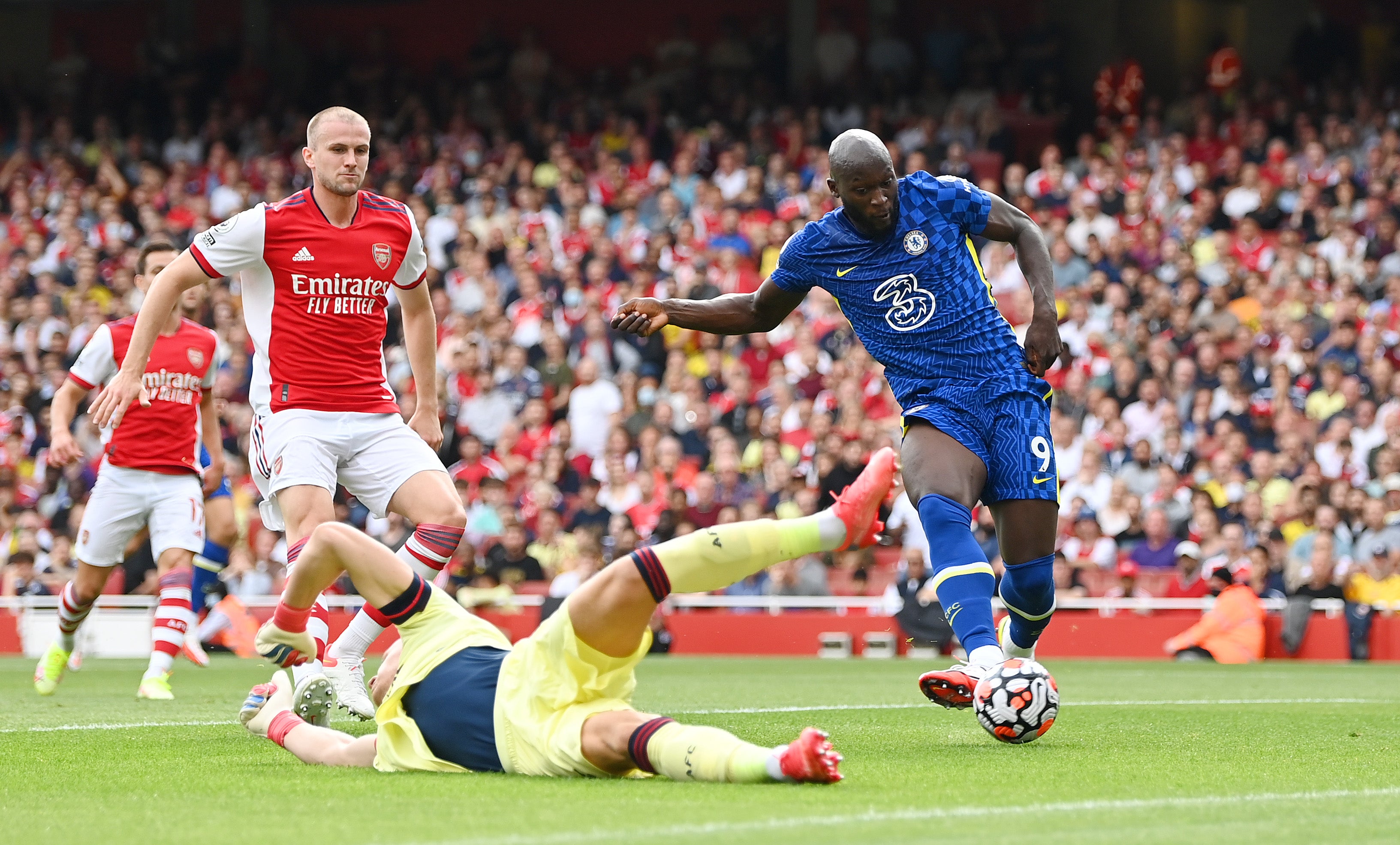 Arsenal had no answer to Lukaku

Chelsea remained comfortable. Whenever the defence began to suffer a bit of pressure they used Lukaku as an outlet. Once the striker got on the ball, he was as likely to turn and head towards goal as look for a layoff. Defenders were drawn towards him and his team-mates benefitted from the space that was created. In the box, Lukaku cannot be given an inch. He was unlucky not to score a second when his header was touched onto the bar by Bernd Leno. He then teed up Kai Havertz, who could not lift the ball over the Arsenal goalkeeper.

When Lukaku left Stamford Bridge to sign for Everton in 2014 he was still a work in progress. Now he is a complete attacker, who has learnt to use his physicality to its best effect and combined it with the sort of clever movement that sets the best strikers apart.

Tuchel is in the process of building something special at Chelsea. Lukaku has the air of a man who will lead the team as well as the line.

Arteta has numerous problems. Arsenal let Chelsea play on their own terms. The home side had bursts of energy where they pressed the ball but they did not last long. The nightmares might get worse at the Emirates.