The midfielder is ineligible to face parent club Chelsea on Sunday, live on Sky Sports, and has played the last game of his loan spell.

Barkley arrived at Villa hoping to revive his England career but has suffered an inconsistent campaign and only started 18 Premier League games.

He suffered a hamstring injury against Brighton in November and Smith feels that cost the 27-year-old the chance to show his best form.

The Villa head coach said: “There was a lot right and when he signed, we knew we had signed an excellent individual and he proved that in his first game against Liverpool. “He scored the winner the following game against Leicester and then unfortunately he got an injury which halted his momentum because he was playing excellently. He got injured against Brighton and didn’t come back until after our Covid break.

“That coincided with a lot of indifferent form from us as a team – not just Ross – and it never happened as much as we’d have liked it to.

“I certainly can’t fault the guy’s ability or his attitude and I’ve really enjoyed working with him.”

Morgan Sanson (knee), Matt Cash (hamstring) and Trezeguet (knee) all remain out for Smith, with Villa guaranteed to finish 11th in the Premier League. 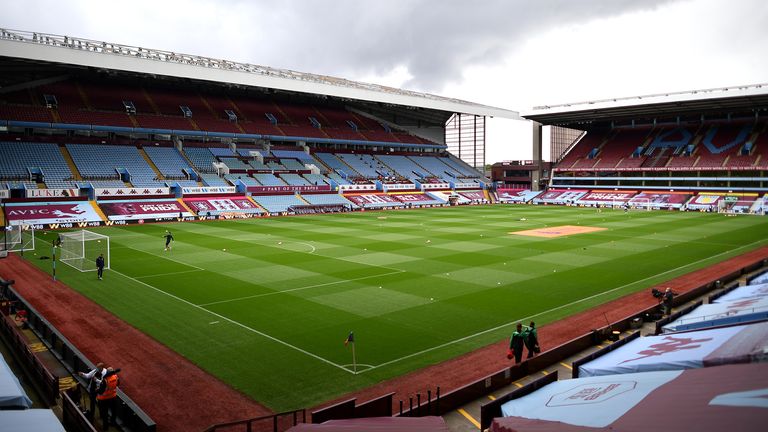 Villa Park will also welcome 10,000 fans back for the Chelsea game, the first time supporters will have been in the stadium since February 2020, as football edges closer to normality amid the coronavirus pandemic.

Smith added: “The players know the expectation of the Villa fans and what they want to see. We’ve got a lot of players – Emi Martinez, Ollie Watkins – whose families won’t have seen them play at Villa Park before.

“There will certainly be a motivation for all my players. Having the 10,000 fans back will make it, not a normal Villa Park, but one that will motivate myself and the players.”