Rossiter claims he relished being tagged as the 'next Steven Gerrard'

‘It was great to hear… I never felt under any extra pressure’: Former Liverpool youngster Jordan Rossiter claims he relished being tagged as the ‘next Steven Gerrard’ when he came through club’s academy

Former Liverpool midfielder Jordan Rossiter has revealed he embraced being tagged as the ‘next Steven Gerrard’ while progressing through the club’s youth ranks.

Rossiter was just six years old when he joined the Reds academy and was later tipped by Robbie Fowler and Jamie Carragher to emulate one of the club’s most successful captains.

Rossiter excelled in the academy and debuted for his hometown club aged 17, scoring in the League Cup win over Middlesbrough in September 2014. 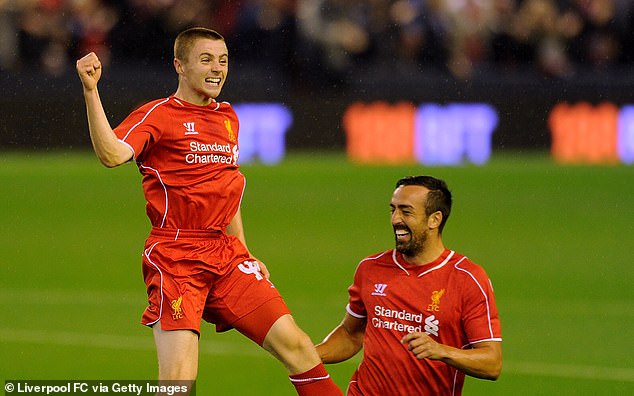 His dynamic box-to-box style was similar to that of Gerrard, but he insists he felt no added pressure when breaking through at Anfield.

‘No, I never saw it like that,’ he told The Athletic. ‘For legends of the club to say positive things about me was great to hear. It showed that they rated me highly but I never felt under any extra pressure or anything like.

‘I never got carried away by it either. I was just thinking, “Next Steven Gerrard? If I have 10 per cent of the career Steven Gerrard has had then I will have had a great career”.’ 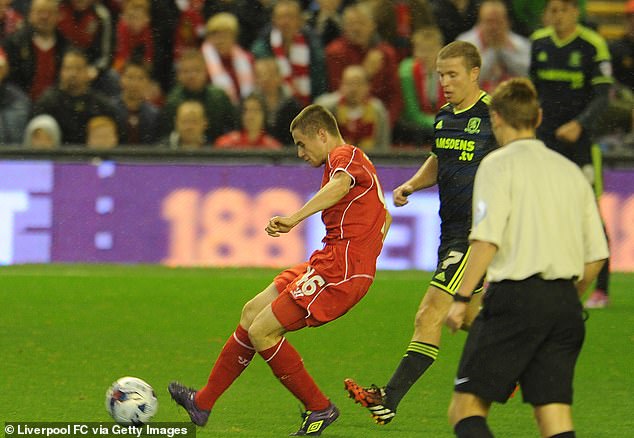 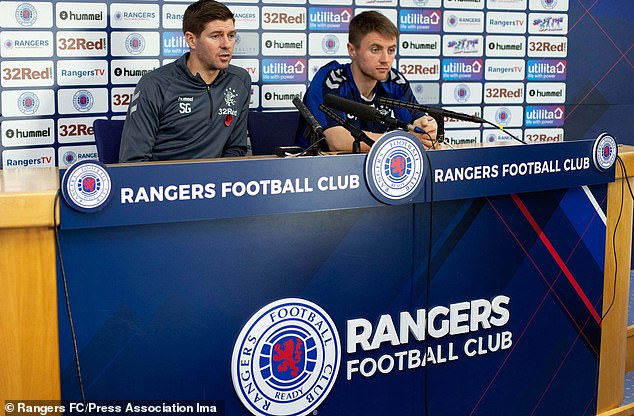 Rossiter featured only intermittently after being handed his first start by Brendan Rodgers and struggled to win over Jurgen Klopp once the German took over in October 2015.

He made five Reds appearances in total before deciding to join Rangers at the end of the 2015-16 season, signing a pre-contract agreement before the Scottish giants paid a £250,000 development fee.

‘You’ve got to be honest with yourself,’ Rossiter continued. ‘I was training under Klopp, but not really making an impact. 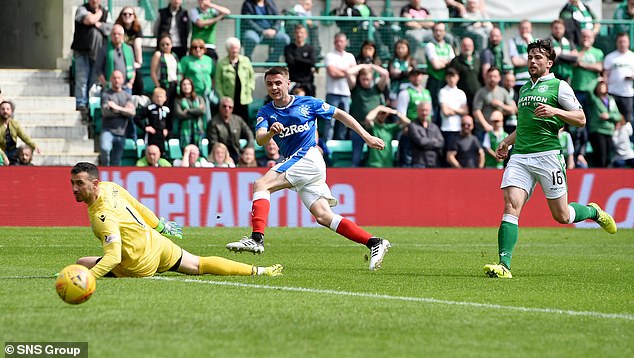 ‘The reality was that I wasn’t going to be good enough to play every week at a huge club like Liverpool. Look at the names I was up against. The bar was set so high.

‘We’re talking top pros. There’s no point kidding yourself. They were on a different level. I knew I needed to drop down a level or two. I thought I’d have a better chance of playing regularly at Rangers.’

Now 23, Rossiter has only managed to make 10 appearances for the Ibrox club, where Gerrard is now manager, but loan spells at Bury and Fleetwood in the English lower leagues have aided his development.

‘There’s no reason why I can’t get back to the Premier League,’ he added. ‘If managers like Brendan Rodgers and Jurgen Klopp saw something in me, the talent must be there. I just need to show it on a regular basis.’