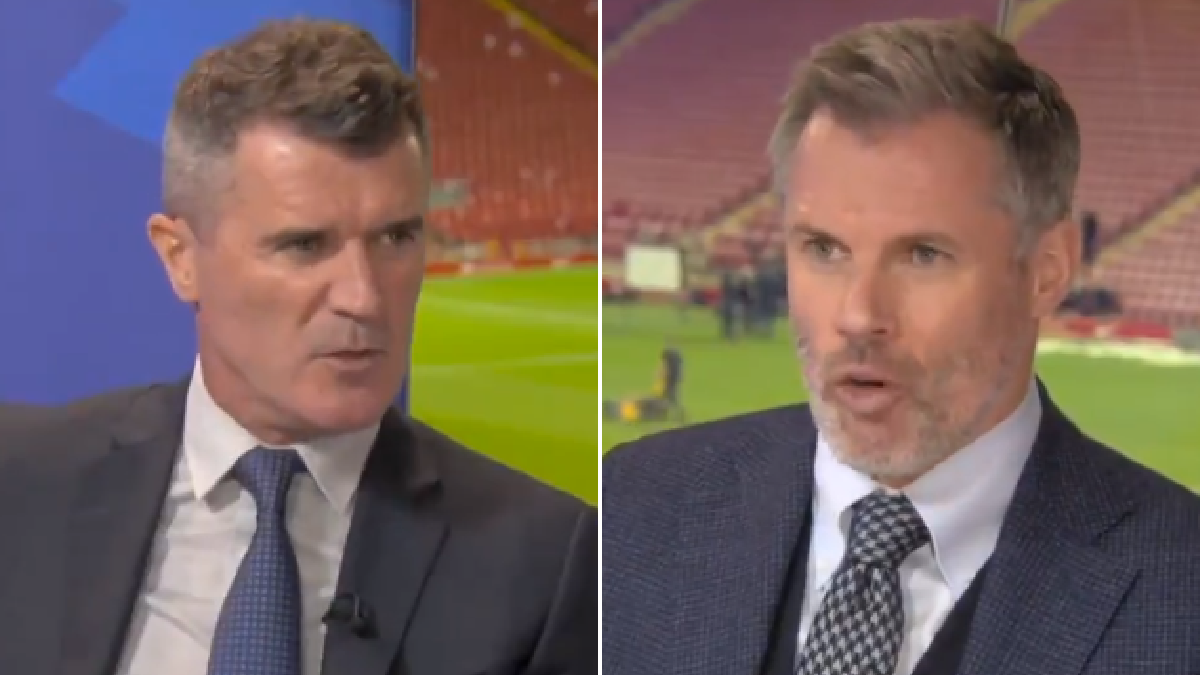 Roy Keane and Jamie Carragher have branded Manchester City the ‘team to beat’ in the Premier League ahead of Chelsea, Liverpool and Manchester United.

The defending champions came from behind twice to draw 2-2 with Liverpool at Anfield on Sunday, following last week’s impressive victory over Champions League holders Chelsea.

Ahead of the international break, Thomas Tuchel’s Chelsea are top of the table on 16 points, while 2020 champions Liverpool are one point behind.

Manchester City and Manchester United are level on points in third and fourth respectively, but both Keane and Carragher believe Pep Guardiola’s side are the clear favourites to lift the title.

‘They are a hard team to beat. Liverpool will no doubt be in the mix because they have lots of goal scorers.

‘They conceded three against Brentford and two today, so that doesn’t look great, but they’ve got brilliant players going forward, world-class players.

‘I still think all of these teams, Chelsea included, will do well to finish ahead of Man City.’

Liverpool legend Carragher added: ‘Man City are the team to beat. The game last week against Chelsea was a big one for me.

‘It was a complete domination and it was similar for periods today in that first half. For me, they are the team to beat.’

Kevin de Bruyne’s deflected equaliser gave Manchester City a fully deserved point against Liverpool after a moment of genius from Mohamed Salah appeared to have earned the hosts a crucial victory over their title rivals.

Salah played a huge part in Liverpool’s opener, skipping past two Man City players before playing through Sadio Mane, who fired past Ederson in fine style.

‘Both teams will be satisfied,’ ex-Manchester United midfielder Keane added.

‘There was a great reaction from Liverpool in the second half as they found some energy and scored two outstanding goals.

‘Defensively it was poor from City but they then showed their quality to fight back so I think both managers will be pretty satisfied with the draw. It’s been a tough week for City – with three away games.

‘Overall, I thought it was a brilliant match and probably a fair result. Liverpool had so much more energy – and that came from the supporters as well.

‘They have the quality going forward but just their overall level was upped and they were smarter with their passes.

‘They weren’t over-thinking it and they were hunting in packs whereas at the start of the game, they showed City too much respect.’