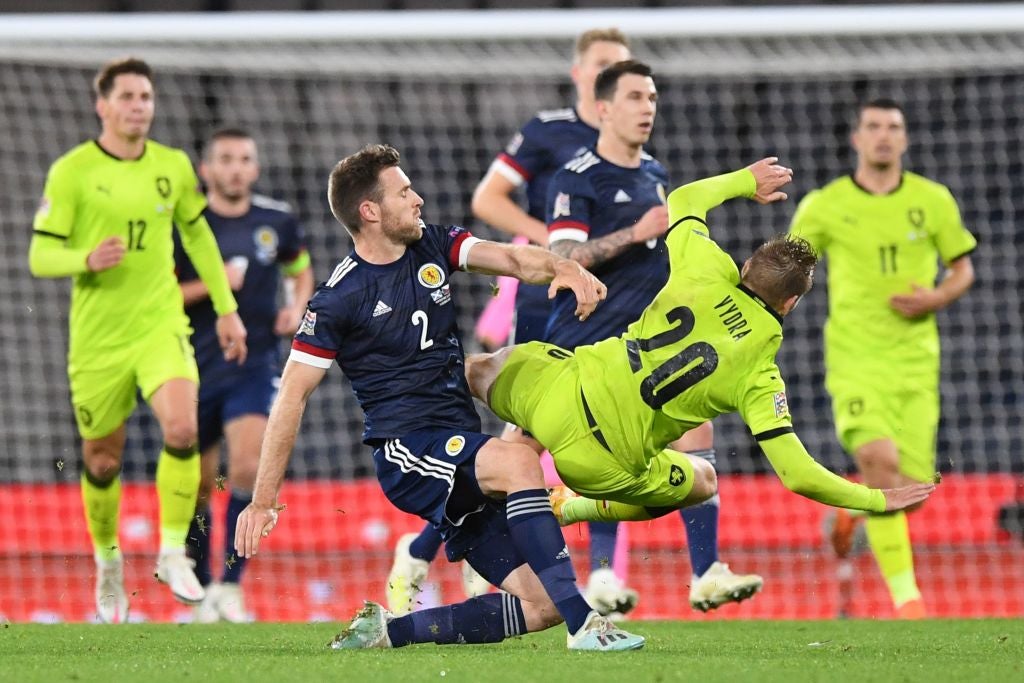 The Czechs, unhappy with Dykes’ challenge on Coufal which saw him apparently leave a leg in to earn a booking which keeps him out of next month’s game against Slovakia, were getting closer.

Dykes was replaced by McBurnie in the 63rd minute before Kenny McLean took over from Fraser as Clarke looked for fresh impetus.

In between those two substitutions, though, McGinn brilliantly blocked a close-range shot from Alex Kral.

Hibernian defender Paul Hanlon replaced Taylor to make his debut while Callum Paterson took over from McGinn before Soucek somehow scooped the ball over the bar from six yards – another let-off for the home side.

McBurnie smacked the bar from 20 yards in a rare Scotland attack six minutes from time but the Czechs kept pushing and Marshall made a great save from Jan Boril in added time as the home side held on, grimly but successfully.