Sam Allardyce says he will need to make an immediate impact as West Brom head coach if the club are to avoid relegation from the Premier League.

The former England boss has been given an 18-month contract, which includes a break clause at the end of the season if the Albion are relegated.

Allardyce, in his first managerial role since being sacked by Everton in 2018, replaces Slaven Bilic after he was dismissed on Wednesday following West Brom’s 1-1 draw at Manchester City on Tuesday night, with the club 19th in the table.

The 66-year-old has previously taken over in situations with Premier League clubs in the bottom three, with his accomplishments including saving Sunderland and Crystal Palace from the drop. 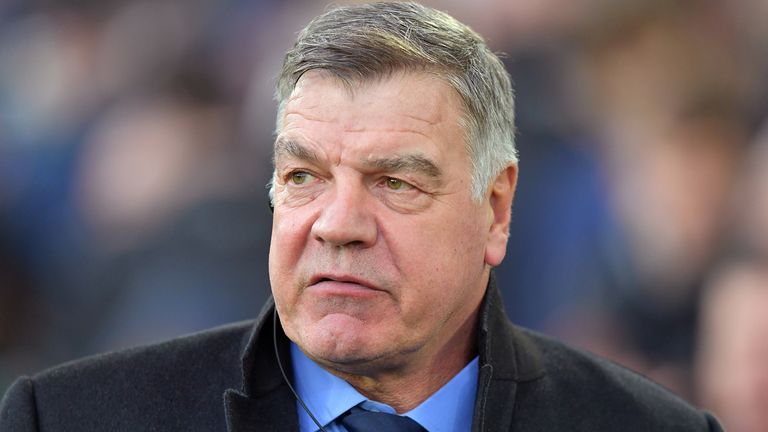 He said: “I think this job is about the same. They were different times I went in, but similar times. It upsets my wife that I keep taking jobs just before Christmas.

“What we have got to do is manage our way through this amount of games, coping with the pandemic and me trying to learn the players’ strengths and weaknesses.

“What I have to try and hope for, is the stimulation of a new manager – as we all know on occasions – can lift a team to perform and play well enough to win a game and that’s with little or no influence from the new manager, other than he’s a new manager and the players say, ‘I have to play my best because I want that manager to pick me.’

“Now if we can get that response come Sunday and from there on, that is absolutely fantastic.”

The Baggies have struggled on their return to the Premier League this season, winning just once – against bottom club Sheffield United. They remain second bottom of the table, but are only two points behind 17th-place Burnley, who have two games in hand.

With the January transfer window approaching, Allardyce confirmed he will want to strengthen his squad where possible.

He added: “There’s some money, some opportunities, but there is a massive loss of revenue because of Covid to cope with.

“I understand the situation and we’ll try and improve the team if we can find a player.

“We talked about that as a key area, once I’ve fully assessed the whole squad. I’m not certain, but I’m sure I will.”

Allardyce, whose first game in charge will be a West Midlands derby against Aston Villa on Sunday evening, dispelled any doubt over his motivation levels at this stage of his career.

“I’m hungrier than ever,” he insisted. “I’ve never been so refreshed and eager.

“I’ve never had such a long break, it will have been three years in May. This break went on so long I had lots of pent-up energy, and I need to expend it.

“I’ve missed this so much. Sometimes I go into a club and think ‘have I done the right thing’, but it’s all about striving for success. It’s that thrill of trying to get a team out onto the pitch and win.

“Most managers get in when the team they are going into is in a struggle. I can accept the sack if I deserve it and I’m very bitter if I don’t deserve it.

“More often than not I haven’t deserved it.”

West Brom were ‘wary’ of missing out on Allardyce

West Brom sporting and technical director Luke Dowling said it had been a “difficult decision” to sack Bilic, but explained the motivations behind the club’s swift action.

“Every year is important to stay in the Premier League, and every club will tell you that this year, even more so with the situation every club finds themselves in,” Dowling said.

“You can keep letting games come and go and results drift away and then you can be, not scared, but wary of, the man that you want might not be around – and the man that we’ve got next to us is the person we wanted. So to get that opportunity, we couldn’t turn down.

“With Sam in the club, we feel we’ve got a great chance.”

Sam Allardyce is back in the Premier League but will his ‘survival blueprint’ work at West Brom?

The Baggies have axed Slaven Bilic and turned to a manager dubbed the ‘firefighter’ after finding themselves second-bottom of the Premier League, having won just one of their 13 games since promotion. 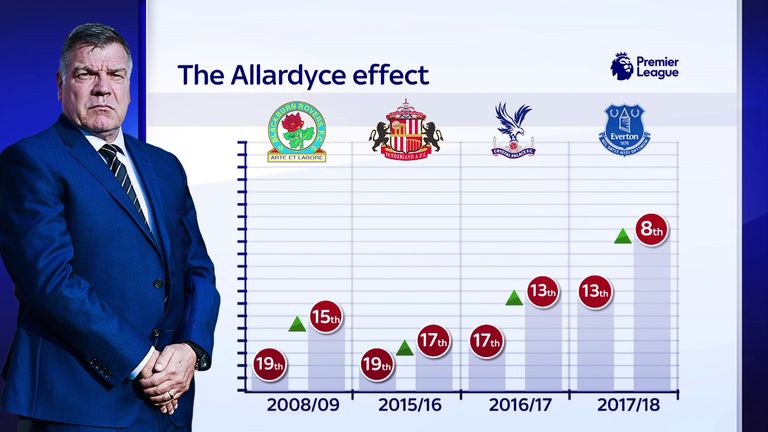 Dudley-born Allardyce was sacked from his last job at Everton in 2018 but has famously never been relegated, having masterminded rescue missions at Bolton, Blackburn, Sunderland and Crystal Palace.

He arrives at The Hawthorns – his eighth Premier League job – on an 18-month contract and, with a third of the season gone, must quickly set to work trying to hoist the Baggies up the table.

To do it, he is likely to dust off his ‘survival blueprint’ – as detailed to Sky Sports back in 2017…

“Even some of my mates call me Red Adair!”

He must’ve had a sense of Deja Vu, as he strolled into the main entrance of the Hawthorns. Sam Allardyce was born six miles down the road in Dudley, he watched West Bromwich Albion matches on the terraces as a kid, and he started his coaching career here 31 years ago, as player/assistant manager to Bryan Talbot. 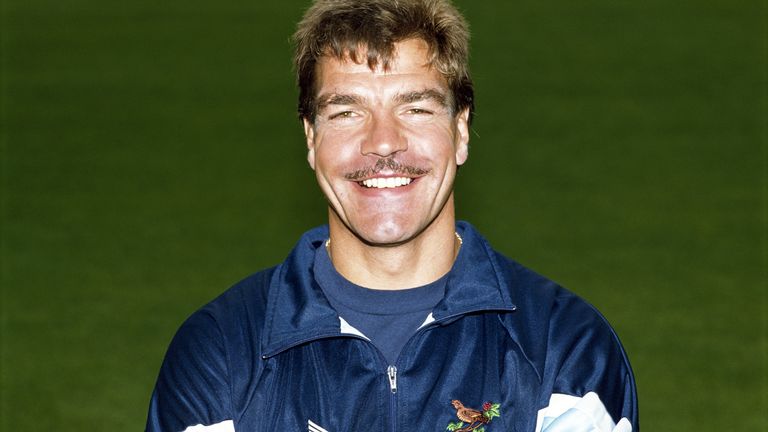 But the feeling of familiarity stretches beyond mere geography and architecture. Allardyce takes over a team second-bottom of the table, with a single mission – Premier League survival.

Oh yes – Sam Allardyce has definitely been here before.

“It’s not much of a welcome party!” said Big Sam, as he walked into a socially-distanced news conference, wearing a mask, in front of just four broadcast journalists. “Blinking Covid!” he said.

As you’d expect from a man beginning his eighth job as a Premier League manager, he was comfortable, confident and calm.

This was the Big Sam show. He was in control. Centre of attention. In his element.

So why did he want to come back into the pressure-cooker of football management? The overwhelming personal desire to prove his doubters wrong, he said.

When asked if he’s addicted to football….”Have you only just noticed that?” he quipped. “I thought I’d cracked the habit, to be honest, after two years. But I said to my wife I was getting itchy to get back in. And then West Brom called me.”

When I asked Luke Dowling, WBA Sporting Director, about the terms of the contract, Allardyce jumped in with a big smile on his face and barked “That’s private!”

To be honest, I didn’t know if he was joking or not, so I asked him. “No, I’m serious. That’s private!” he said, still with the giant smile. Such is the charm of the man – even when he’s chastising you, he does it with humour and humility.

What about his reputation as a fire-fighter, only offered jobs by clubs in trouble? “That’s par for the course now, isn’t it? Even some of my mates call me Red Adair!” It doesn’t bother him, he says.

He’s made his peace with that reputation. But it’s a reputation that he’s proud of. “It would kill me” he said, in all seriousness, when asked if his perfect managerial record were blotted with a West Brom relegation.

Some West Brom fans aren’t happy. They’re worried about what style of play he will bring. That’s water off a duck’s back for Allardyce. He’s had that wherever he’s been a manager.

Many more Albion fans, you suspect, are relieved. They’re probably now much more optimistic about their prospects of Premier League survival, with the man who’s never been relegated, now in charge of their club.

Big Sam is back in the big time.