Sam Allardyce pins hopes on next big three games against Brighton, Everton, and Newcastle with West Brom needing to win ALL of them to keep great escape dreams alive

Harry Redknapp hated his reputation as a wheeler-dealer but Big Sam Allardyce positively embraces his prowess in recruitment.

‘Every club I have helped save from relegation, the key was the transfer market,’ he said after three January signings impressed in a stalemate that West Brom dominated with 10 men.

The league table suggests Allardyce’s great escape is a pipedream with Albion so far adrift of safety. 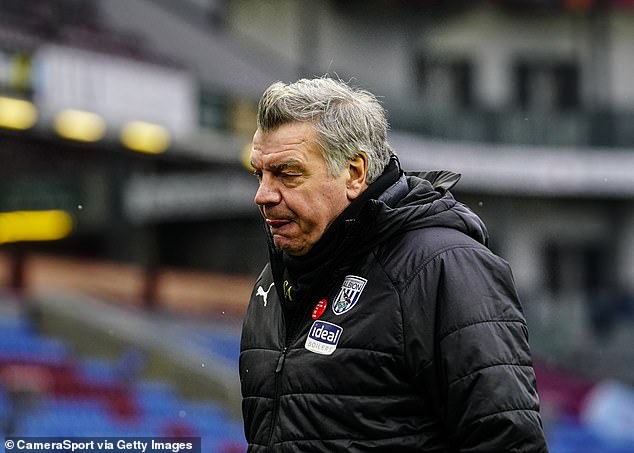 Yet he retains hope because of the way England international Ainsley Maitland-Niles, striker Mbaye Diagne and midfield anchor Okay Yokuslu have fortified his side. Three home games come next against Brighton, Everton and Newcastle, and West Brom have to win them all after missing out on three points at Turf Moor.

After Semi Ajayi was shown a red card on 30 minutes by returning referee Mike Dean, Albion hit the bar through Diagne and Matheus Pereira miskicked in front of goal and then had a shot cleared off the line.

‘The new players have come in and made a difference,’ said Allardyce. ‘We are creating more and they have made the team better. Ainsley was really good. We pushed him wide left after we had to go 4-4-1 and he was our most dangerous player, with Matheus. 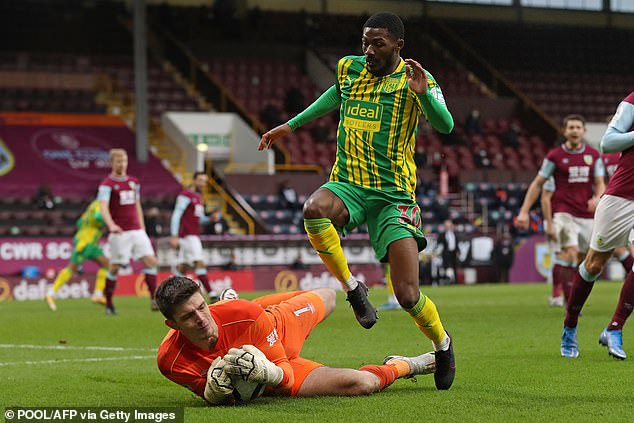 ‘The only problem is we only got one point, not three. If we’d picked up a few more points, we would be looking pretty good.

‘We should have beaten Manchester United and Burnley in our last two games rather than getting draws. Everything is need-to-win now.’

Burnley boss Sean Dyche would like a bit of transfer action himself in the summer. He had to fill his bench with two keepers and a bunch of kids due to injuries as his side played their 13th game in 42 days.

‘The number of injuries is a head-scratcher, I can only put it down to the number of games,’ he admitted. ‘It can’t continue like this.’ 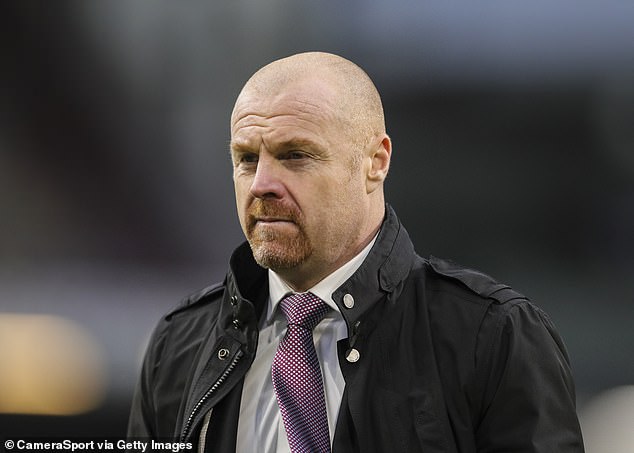