England enjoyed a secret Robbie Williams gig at their Qatar hotel on Wednesday night, with the pop star following in the footsteps of Ed Sheeran at last year’s Euros as he performed duets with Gareth Southgate’s stars

In the spirit of pop star Robbie Williams, the England manager Gareth Southgate wants his players to entertain us when they face France in Saturday’s do-or-die World Cup quarter-final.

England were treated to a private concert by former Take That member Williams at their hotel in Al Wakrah on Wednesday night. And Southgate wants his players to be upbeat and high tempo, too, as he sticks with the attacking 4-3-3 formation that has served him well throughout the tournament.

In the past, the England boss has used a back five against elite football nations. But England are the joint top scorers in the tournament with Portugal on 12 goals. And despite the daunting prospect of facing France — and star forward Kylian Mbappe — Southgate wants his players to be bold. 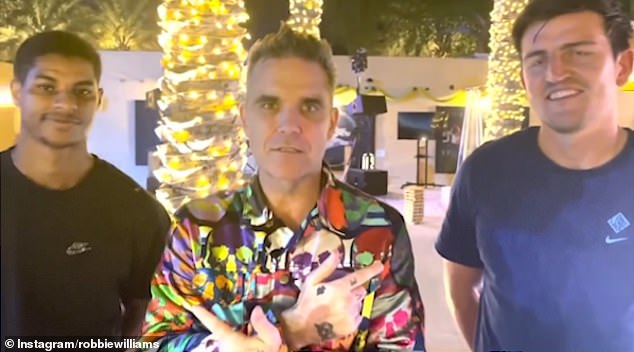 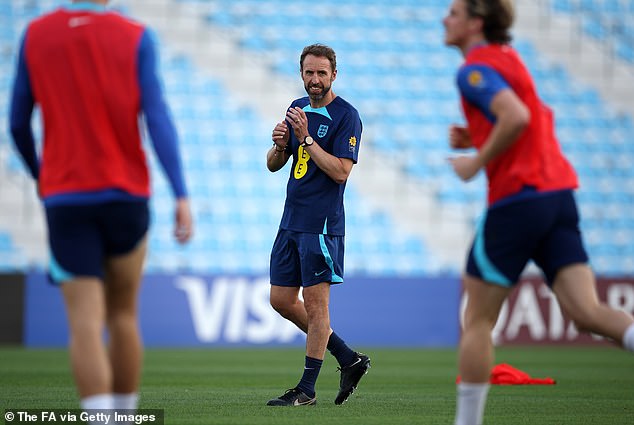 To add to the good mood music in the camp, key midfielder Declan Rice returned to training yesterday after illness and Raheem Sterling is heading back to Qatar. The Chelsea forward had flown back to England following a break-in at his Surrey home.

Defender Kyle Walker and midfielder Kalvin Phillips have indicated this week that England will stick with a back four, making room for an extra attacker in the line-up.

And Rice’s recovery means Southgate has the ideal midfield player to screen his four-man defence. Rice, who missed training on Wednesday, returned to the team’s training HQ yesterday to ease concerns he would miss Saturday’s match.

Provided there is no adverse reaction overnight, the West Ham man should take part in Friday’s final session before the crunch quarter-final against Didier Deschamps’ side.

Asked about the prospect of replacing Rice in the England XI, Phillips said: ‘I believe Dec is fit. He’s back in training today and he felt fine. But if all goes wrong and Dec isn’t fit, then I’d do my best to complete the 90 minutes.’ 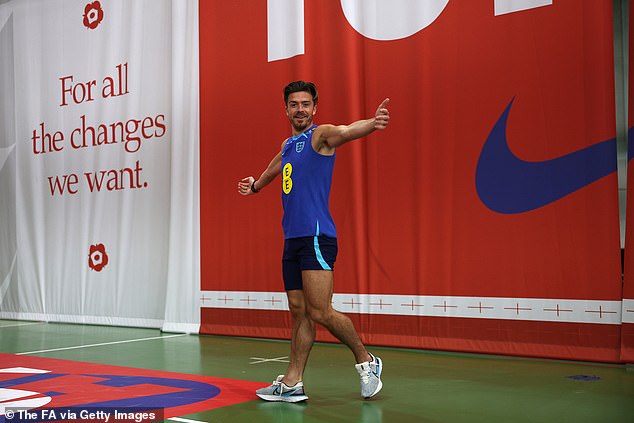 On his brush with pop icon Williams, Phillips added: ‘Robbie was here with us last night. He was just by the pool and sang us a few songs. It was a really good night. We had the chance to chat to him. He’s an unbelievably talented person but also a really nice person. He got along with everyone.’

Last year, Ed Sheeran performed for the players at St George’s Park during the European Championship.

‘It was a pleasure to have Robbie here,’ Phillips added. ‘Knowing how big he is in the world and how well he is doing, it’s an honour to have met him and spoken to him.

‘There were a couple of duets but I’m not going to name names. They were very good duets, to be fair. It was a good night.’

Sterling, 27, is expected to rejoin the England squad on Friday. However, it is unlikely he will play much — if any — part against France given his lack of preparation time and the physical and emotional impact the last few days have had on him.

There is also a cloud over striker Callum Wilson’s involvement as he looks to shake off a ‘minor strain’ that has hampered his training schedule this week. 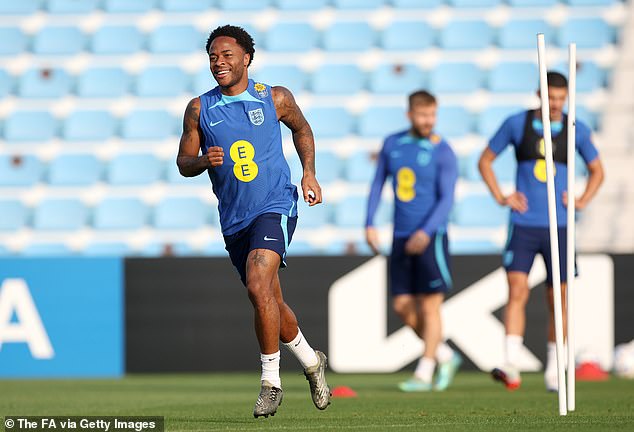 England fans can still buy tickets for the quarter-final against France — but will have to shell out £7,500 for the privilege.

All general admission tickets for the mouthwatering clash at the Al Bayt Stadium, which were priced between £90 and £150, have been sold, although some hospitality packages remain available. Hospitality tickets are not available through the official World Cup ticket portal and those seeking to buy them must make a separate enquiry to FIFA.

For £7,500, high-rolling England fans can get a pre-match meal and one of the best seats in the stadium, although supporters wanting to sit in a private box will have to spend more than £10,000.

FIFA are anticipating a packed stadium, unlike for England’s previous games in the tournament, which have been played in front of swathes of empty seats — despite being supposedly sold out.

Around 15,000 England fans have bought tickets, a significant increase on the 3,000 who attended the group matches.