Atletico Madrid star Saul Niguez admits he was ” very flattered” by rumours suggesting he was targeted by Manchester United. United were reportedly keeping tabs on Saul until they decided to sign Donny van de Beek from Ajax for an initial fee of £34.7million.

The star midfielder was pleased with United’s interest as well as positive comments made by Rio Ferdinand, who described him as a “fantastic” player.

However, the Spain international remains loyal to Atletico and the Red Devils are unlikely to make another bid for a midfielder after landing Van de Beek.

“I am very flattered that a club like Manchester United, or other teams that ask about me, take me into consideration. For me it is very positive. 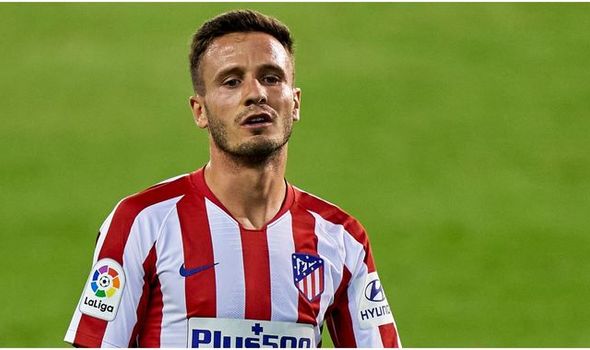 “And important people from those clubs [such as Ferdinand] speaking well of me means that I am doing things well at Atletico Madrid.”

When asked if Atletico felt anxious about losing him, he added: “I think not, and [those feelings] have never been transmitted to me from the club.”

Ferdinand previously suggested that United should seriously consider signing Saul as he is positive that he would have an immense impact on Ole Gunnar Solskjaer’s team. 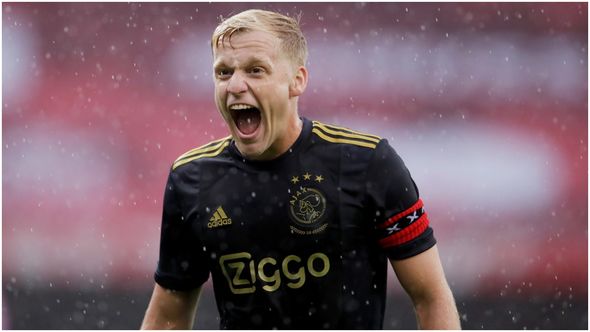 The United legend also pointed out the 25-year-old’s versatility as he covers all positions in midfield when playing for Atletico.

Ferdinand previously said: “He is fantastic. If he does come he’ll be an added value in terms of quality, no doubt.

“Manchester United need top players who are going to have an effect on their first XI and I think Jadon Sancho falls into that category.

“If you look at successful Man United sides over the years, successful periods, there were players fighting for every position and if you substitute one out and you brought one in there was no change in the quality or the output.”

Saul joined Atletico’s senior squad in 2012 and went on to record 41 goals as well as 18 assists in 296 appearances across all competitions.

The Spaniard also won two Europa League titles as well as the 2013 Copa del Rey trophy throughout his eight-year stint at Diego Simeone’s side.

United are now focused on signing Jadon Sancho but are struggling to meet Borussia Dortmund’s astronomical release clause, which is north of £100m.

The Red Devils kick off their season on September 19 when they take on Crystal Palace at Old Trafford (5.30pm).