Sky Sports News has learnt the 10 clubs in Scottish League Two have agreed between themselves to support a 14-14-14 league reconstruction proposal, if it was put to a vote.

The League Two teams have agreed they will not vote for any other reconstruction proposal, as they do not feel anything other than 14-14-14 would benefit clubs in the lower tiers.

A 14-club SPFL taskforce has been meeting to discuss reconstruction plans, chaired by Hearts owner Ann Budge and Hamilton vice-chairman Les Gray – an SPFL board member.

If the 14-14-14 proposal is implemented, it would remove the fourth tier of the SPFL, but preserve the 42 club structure – preventing entry to clubs from the Highland and Lowland league without play offs. 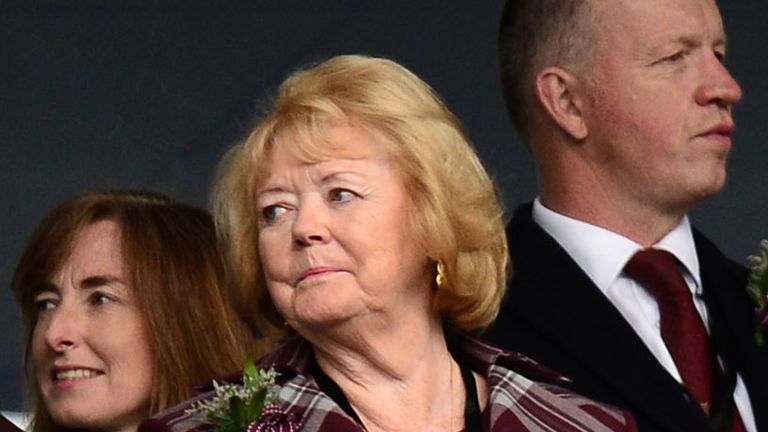 Any vote on league reconstruction would need at least 75 per cent of clubs in each division to vote in favour (similar to the vote of April 10 to end the SPFL season).

The top two sides in the Championship – Dundee Utd and Inverness CT – would join the 12 Premiership sides in the top tier and there would be no relegation for Hearts.

The top six sides in League One – Raith Rovers, Falkirk, Airdrieonians, Montrose, East Fife and Dumbarton – would join eight Championship clubs in the second tier, with no relegation for Partick Thistle.