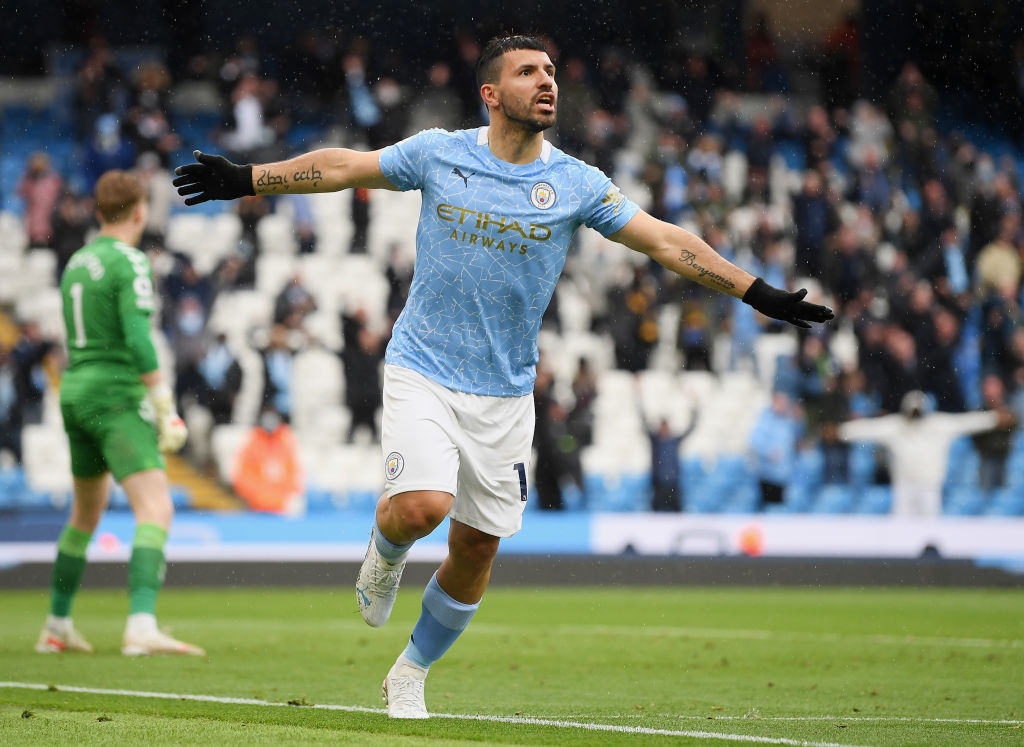 Sergio Aguero broke Wayne Rooney’s record for most Premier League goals scored for a single club on his final appearance at the Etihad.

Pep Guardiola disappointed the 10,000 fans at the Etihad by naming Aguero on the bench for the visit of Everton, with the Argentine set to depart this summer after ten years at the club.

However, the Argentine was introduced on the hour-mark and he didn’t wait long to get in on the act when he put his side four up with twenty minutes to go.

Rooney managed 183 goals in his 13 years at Old Trafford and Aguero’s goal meant he drew level with the England legend.

But the Argentine ensured that he broke another record on his final appearance in England by scoring moments after with a header to round off City’s victory.

In all, Aguero’s netted 258 times in 388 games for City and he’s widely recognised as the club’s greatest ever player.

It’s unlikely that the Argentine will be selected to start in the Champions League final against Chelsea in Porto next week but he’s done his chances no harm by looking deadly in his cameo against the Toffees.

Aguero is expected to join Barcelona on a free transfer this summer, with the Catalans set to offer the forward a two-year deal.