Diego Simeone’s Atletico Madrid dropped further away from the Champions League places with a 2-1 defeat to Sevilla.

They won La Liga last season but this campaign is proving tough and they now trail second place Sevilla by eight points. If Real Madrid win on Sunday they will move 16 points ahead of them and Atletico are even looking up in the table at Spanish capital minnows Rayo Vallecano who currently occupy the fourth Champions League position.

Sevilla made the perfect start when a rocket shot from Ivan Rakitic gave them the lead. Jan Oblak is one of the best keepers in the world but he could get nowhere near the former Barça man’s guided missile. 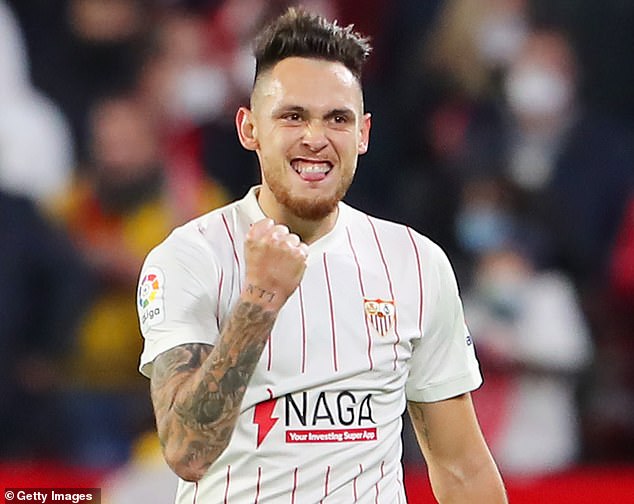 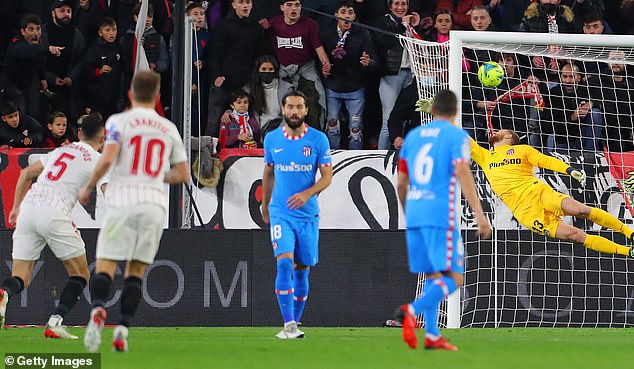 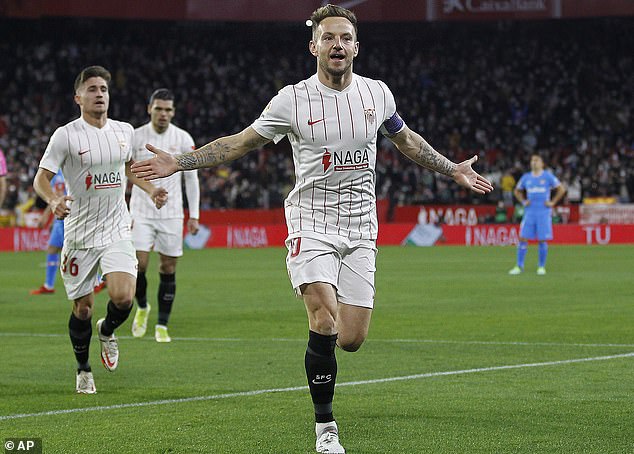 The lead lasted until minute 33 when Atletico defender Felipe scored his second goal of the season heading in a corner after climbing above Thomas Delaney. With Joao Felix once again overlooked by Simeone and Antoine Griezmann out injured there was little in the way of attacking invention from Atletico but they went in at half time on terms.

In the second period it was Atletico who looked more like scoring albeit from set-plays but they failed to take a string of half chances and with just two minutes left Lucas Ocampos struck to win the game for Sevilla.

Delaney’s header from Rakitic’s corner came back off the bar and Ocampos arrived to thunder it past Oblak. Cue delirious celebrations as Sevilla celebrated an important win. 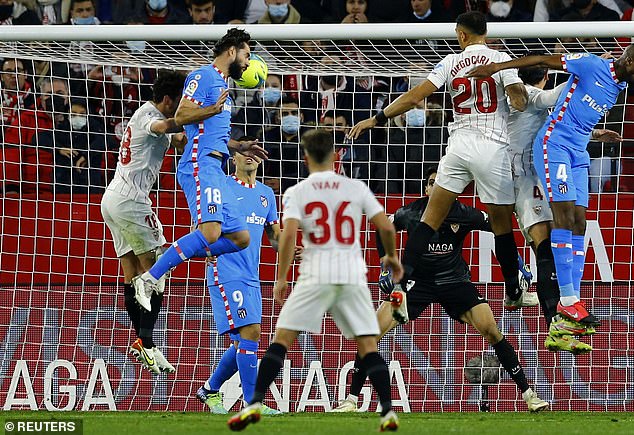 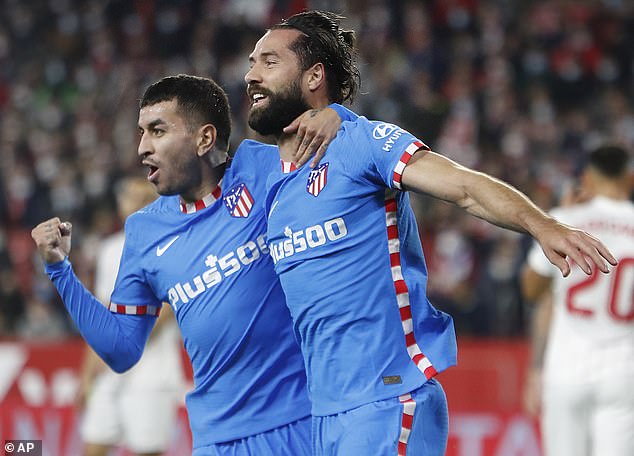 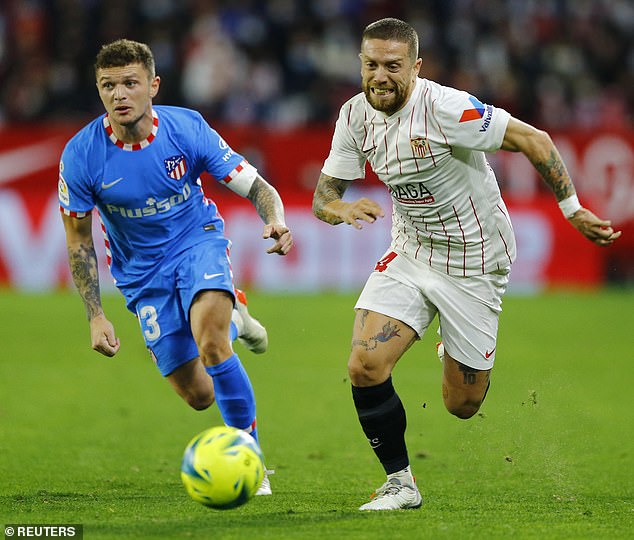 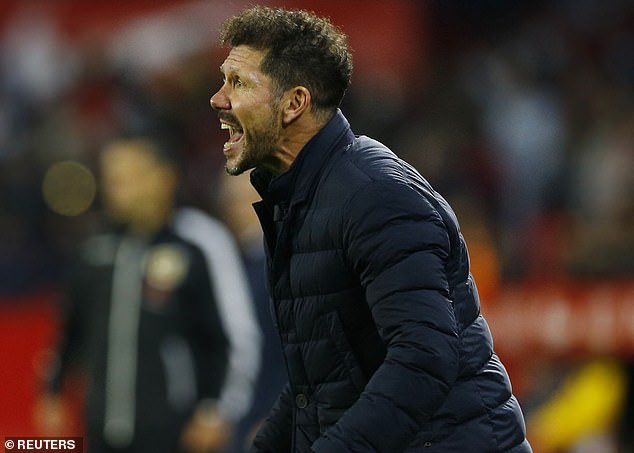 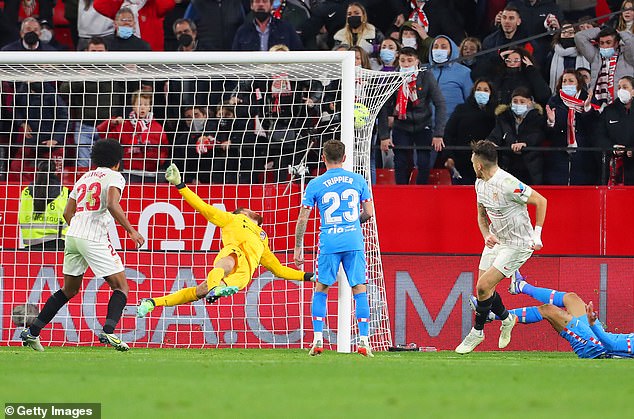 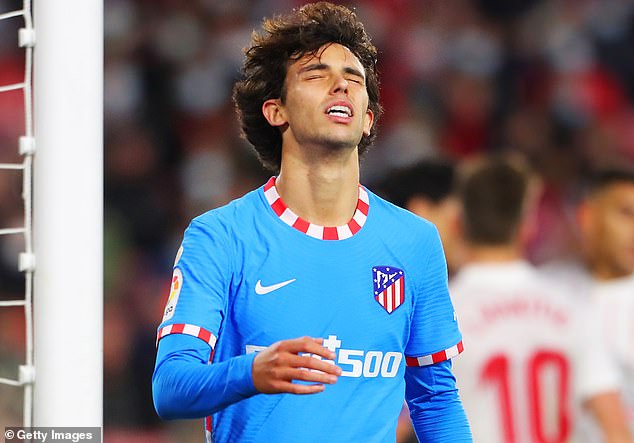 Atletico had late chances to snatch back a point but they were twice denied. First Joao Felix got on the end of substitute Matheus Cunha’s flick but saw his shot pushed wide by Bono. And when he tried his luck from distance he hit the top of Bono’s cross bar.

‘We played well,’ Atletico defender Felipe said, ‘but we have to stay focused for the full 90 minutes especially from set-plays’.

Free-kicks and corners have now led to six goals conceded by Atletico. Usually teams don’t score that many goals from set-plays against them in an entire season. But this is not the Atletico of old.

Sevilla must now hope that Cadiz take something from Real Madrid on Sunday and that they can beat Barcelona on Tuesday in a rearranged fixture at the Sanchez Pizjuan.